Researchers investigate one of the classic physics lessons, substituting liquids for solids. 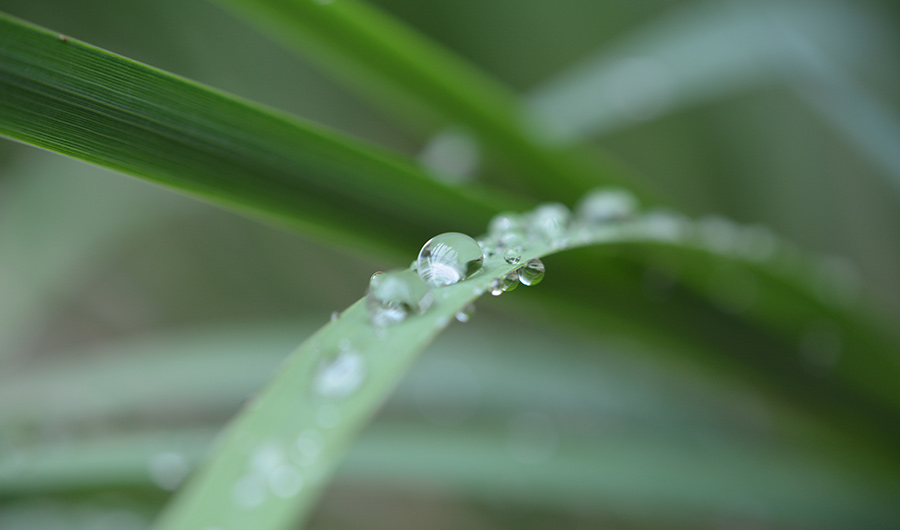 (Inside Science) – Researchers are conquering an enduring mystery -- how drops form and start sliding on solid surfaces. The new findings could help people apply pesticides and collect water.

In a classic demonstration with a wooden block attached to a spring, high school physics students learn that a certain force is required to make a block begin to slide on a surface. Once sliding, the block needs a lower applied force to keep moving.

In contrast, physicists have until recently known relatively little about the same situation with droplets of liquid on a flat surface. "This gap in our understanding is astonishing, given the fact that liquid drops are omnipresent in our lives and their motion is relevant for numerous applications," wrote the authors of a new paper in the journal Nature Physics.

The international team of researchers found that the adhesion forces between a liquid drop and a solid are different when the drop is just beginning to move and when the drop is in motion, just as with two solid objects. Using a laser, they analyzed the force it took to start droplets sliding on surfaces like a silicon wafer and goose feathers.

Overall, the researchers found that liquids behave remarkably similarly to solids and that the general phenomenon holds true for lots of different surfaces. "The focus of this work is fundamental understanding of lateral adhesion forces at interfaces between a drop of liquid and a surface of solid," Nan Gao, a researcher at the Max Planck Institute for Polymer Research in Mainz, Germany and coauthor of the new research, wrote in an email.

Gao added that the mechanism that governs the force and adhesion of droplets is still far from being completely understood, but that it is important to many applications, including droplet-based printing, pesticide application, spray coatings and more.

Researchers Study Violinists To Learn How Humans Act in Synchrony
Alligators May Be Able to Survive Venomous Snake Bites
New Theory Says We’ve Been Wrong About How Bubbles Pop
Crustacean Genes May Solve Debate Over How Insects Evolved to Fly
Some Beetles Survive Being Eaten, New Study Finds
END_OF_DOCUMENT_TOKEN_TO_BE_REPLACED

COVID-19 Vaccine, Sharks and Mezcal
Crabs Use Belly Sounds To Communicate
Touring The Trinity Test Site
Protests, A Retracted Paper, and a Super-Earth Planet
Why Is an Empty Shampoo Bottle So Easy To Knock Over?
END_OF_DOCUMENT_TOKEN_TO_BE_REPLACED