How Interior Designers See Science in Lights and Colors

Interior designers are turning to experiments, using psychology and physics to come up with the best spaces for health -- and productivity.
Image 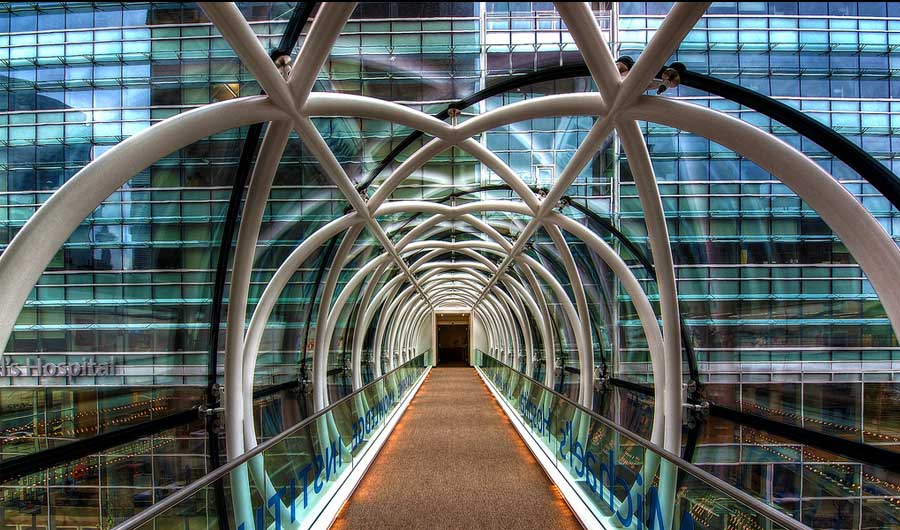 (Inside Science) -- Light, shadow and color seem so simple and straightforward. But there is more than meets the eye, especially to people like Laura Bellia. Bellia is an industrial engineer at the University of Naples in Italy who studies lighting and its impacts on people. She wanted to understand how the human eye interprets wall colors when different lights are applied to them.

“We first started to study wall colors because we wanted to understand what the different effects were on human beings,” said Bellia. She added that it’s important to carefully choose sources of light with the proper color for walls, because walls can change the distribution of the light as it arrives to the eyes. Some of Bellia’s findings are described in a paper recently published in the journal Lighting Research & Technology.

She’s not alone. A growing number of evidence-based interior designers are using hard science from engineers and also doing their own experiments to center science at the heart of design.

Research points to the difference good design can make in a workplace or home. One 15-year longitudinal study found that when people are able to work in conditions that broadly match their personal preferences, they judge the lighting to be of higher quality and the office to be more attractive; these people tend to be in a more positive mood, to be more focused on their work, and to show better well-being at the end of the workday. Another study found that being in lighting employees thought was better leads to greater job satisfaction.

In healthcare design, it’s particularly important, said Bethany Friedow, a researcher at the Minneapolis architecture office of the design and engineering firm HDR. One of the earliest studies to demonstrate this was conducted in the 1980s by Roger Ulrich. Ulrich compared the recovery of surgery patients who had views of natural scenery to the recovery of patients in similar conditions whose rooms faced a brick wall. Ulrich studied nine years of hospital records and showed that in comparison with the wall-view group, the patients with the tree view had shorter postoperative hospital stays, had fewer negative evaluative comments from nurses, took fewer moderately strong and strong medications, and had slightly lower scores for minor postsurgical complications. That study has been replicated time and again.

Friedow points to a unique challenge of doing science on interior design: Researchers have to first build something, then test it and compare it with a control building, which requires time and money. It helps when clients allow researchers to come back and study a specific part of a design, she said. “It’s also hard to separate variables -- that’s one of the challenges, because there are so many things that impact patient outcomes.”

While researchers have limited ability to carry out experimental trials, there is another way to find out the impacts of a designed environment: retrospective studies. Evidence-based designers often go back and comb patient medical records, trying to find out, for example, the best way to light a neonatal intensive care unit where premature babies stay. One finding is that babies who experience daylightlike light cycles develop their own wake-sleep cycles earlier than those who are exposed to constant, dim hospital lights.

And even artificial lights are starting to improve with science. Several companies have released bulbs that slowly change hues over the course of the day, going from blue to red at different times of day to better fit a person’s circadian rhythms. “We know that the more you can replicate natural lighting, the better,” said Friedow.

Friedow’s work tries to consider healthcare providers' needs as well as patients'. She has analyzed questions like how to minimize the number of steps a nurse has to walk to reach each patient, or how to design places where medical staff can meditate, nap or recharge in a stressful environment.

“We think of healthcare in terms of the patient -- and that’s obviously very important -- but the environment affects the workers as well,” said Friedow. After all, they are the ones who spend the most amount of time in a healthcare setting.

Bellia recently used a test room to analyze the effect of different colors and lighting on indoor light quality, and found some unexpected results. One example: The traditional view of red walls from the psychological literature is that red inspires alertness. But, said Bellia, when studying the spectrum distribution of light and circadian effects on retinal ganglia cells, she found that the light that is reflected by a red wall should theoretically be more relaxing than light reflected by a blue wall.

It’s tricky to unwind the tangled threads of perception, but scientists are tackling the question head-on. “When a person is in an environment, all the effects are combined together; we cannot distinguish between circadian effects and psychological effects and aesthetic,” said Bellia. Interior design may just be the newest interdisciplinary field of science.

Editor's Note: This story was updated to reflect the fact that Bethany Friedow works at the Minneapolis architecture office of HDR, a global design and engineering firm.