How Our Love for Animals May Be Killing Them

How Our Love for Animals May Be Killing Them

Popularity of increasingly endangered wild animals may create the misguided notion that they’re thriving in nature. 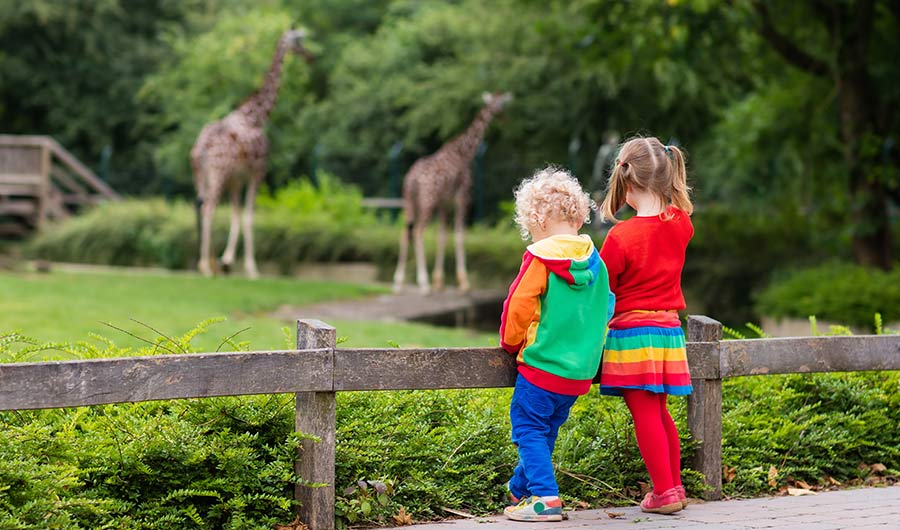 (Inside Science) -- Wild animals from lions and tigers to cheetahs, wolves and many others appear in everything from kids' movies to the apparel and jerseys of sports teams. But the virtual representations of these creatures may be giving the wrong impression that they’re thriving in the wild.

In a study published today in the journal PLOS Biology, ecologist Franck Courchamp, from the University of South Paris, and his colleagues presented the results of a survey of 4,522 people from 69 countries who were asked a handful of questions to help determine which animals they considered the most charismatic.

Ten came out on top: tigers, lions, elephants, giraffes, leopards, pandas, cheetahs, polar bears, wolves and gorillas. Ironically, the biggest fans of these animals knew very little about their survival in nature. Many are threatened and face possible extinction in the coming decades.

The researchers indicate that the ubiquitous presence of the virtual animals may be misleading and suggest a way to counter the biases that those representations create, namely asking companies that use images of threatened species to contribute funds toward conservation efforts.

Courchamp embarked on this study six years ago after a basic conservation assumption kept nagging at him: Certain creatures trigger human emotions more than others, draw more attention from the public, and receive far more conservation funding and efforts than lesser-known, less adorable critters. In conservation circles, the popular animals are called “charismatic.” Although at least one researcher has attempted to define nonhuman charisma as a mix of a species’ detectability, utility, aesthetics, and potential to generate satisfaction, Courchamp couldn’t find any studies listing or ranking animals that actually possessed these characteristics.

His team created surveys and presented them to people in several different countries, both online and in questionnaires. Those who answered were mainly adults, but at least 224 answers came from children under age 15. From these answers, Courchamp and his team arrived at their top 10 list.

As part of the study, the researchers also asked 42 volunteers living in France to document every time they saw one of the 10 species in a commercial, a piece of art or a cultural artifact, or in books, in magazines, on logos, on television, and in other nonwild circumstances.

Lions, for example, are hugely popular in sports marketing. In the U.S., football teams from Detroit and Columbia University in New York both use a lion as their mascot. For the 2012 London Olympics, Team Great Britain used the lion as its mascot. They also appear in movies, on television and in other media as well.

The volunteers in France tracked these “virtual” populations over seven consecutive days. On average, they saw 72.4 animals from the top 10 list. At least one volunteer recorded seeing 118 animals in a week. Some reported that they saw an individual animal, such as a tiger or elephant, several times per day. For instance, they saw on average 4.4 lions a day. The numbers indicated that over the course of a full month, a person might see several hundred images of these animals on average.

Yet when people were asked if the futures of their favorite animals were threatened, more than half of the survey respondents incorrectly answered “no” for the cheetah, giraffe, leopard, gorilla and lion.

Far more people correctly guessed that the populations of polar bears, tigers, pandas, and elephants were at risk and that their futures were uncertain. Their awareness may be the result of successful various conservation campaigns. The panda, for example, is widely recognized as a global conservation icon.

Courchamp and his colleagues think one explanation for the lack of awareness may be that that people see many more virtual representations of these top 10 charismatic animals than they do of those same animals in their natural settings. The images could be conveying an “all is well” sentiment that creates a biased perception hindering conservation support.

“It deserves a lot of further research. It’s an idea that would be interesting to tease out,” said Sarah Durant, a senior research fellow at the Zoological Society of London who was not involved in the study. Durant also wondered if the virtual representations communicate a subliminal message to people that surely something is being done to save animals that are at risk.

Whatever is being done isn’t enough, said Courchamp. “We found that the 10 top species on this list are not privileged conservationwise. They are, on the contrary, very threatened.”

Courchamp said that for many of these popular animals, even some very basic information, such as how many live in the wild, remains unknown.

To address the gap between what people believe about charismatic wild animals and the reality, Courchamp and his colleagues propose that companies put a tiny fraction of their profits toward conservation akin to the way companies pay to use copyrighted images. A clothing company, for example, needs to pay a fee to add an NFL team’s logo.

Courchamp said that if the virtual populations of these charismatic animals are so present in our everyday lives, we should know the truth about their status in the wild.

“It does the raise the question as well about whether it is ethical to use an image of a threatened species as advertising to sell something, if you’re not actually making a meaningful contribution to conservation in the wild,” said Durant.

Researchers Study Violinists To Learn How Humans Act in Synchrony
Alligators May Be Able to Survive Venomous Snake Bites
New Theory Says We’ve Been Wrong About How Bubbles Pop
Crustacean Genes May Solve Debate Over How Insects Evolved to Fly
Some Beetles Survive Being Eaten, New Study Finds
END_OF_DOCUMENT_TOKEN_TO_BE_REPLACED

COVID-19 Vaccine, Sharks and Mezcal
Crabs Use Belly Sounds To Communicate
Touring The Trinity Test Site
Protests, A Retracted Paper, and a Super-Earth Planet
Why Is an Empty Shampoo Bottle So Easy To Knock Over?
END_OF_DOCUMENT_TOKEN_TO_BE_REPLACED