Pendants made from cave bear teeth are among the items found with the earliest modern human fossils in a cave in Bulgaria.
Image 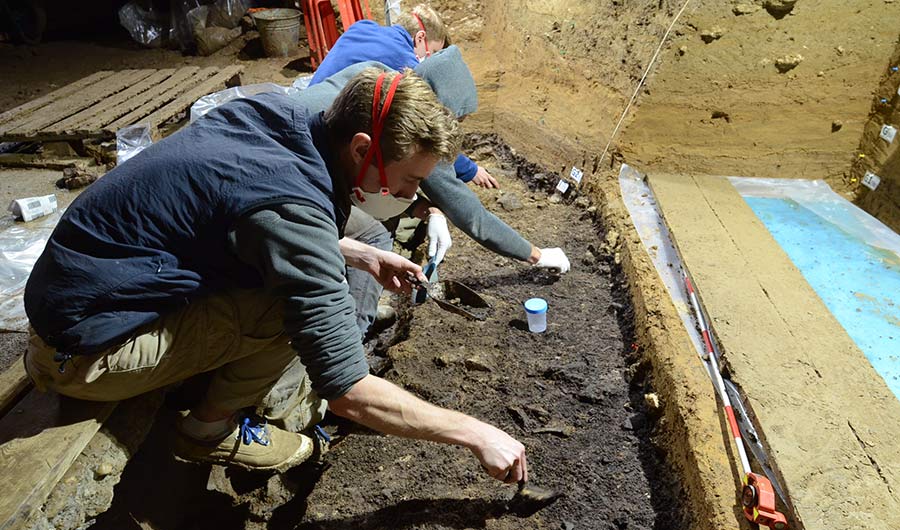 (Inside Science) -- The earliest modern human fossils and artifacts ever unearthed from Europe reveal ancient humans may have inspired or taught Neanderthals to make jewelry, a new study finds.

Much remains unknown about when modern humans entered Europe. Previous research suggested the earliest modern human artifacts on the continent, which included bone flutes and ivory figurines, belonged to the so-called Aurignacian tradition, and "the oldest dates we had of the Aurignacian in western Europe went back to about 42,000 to 43,000 years ago," said Jean-Jacques Hublin, a paleoanthropologist at the Max Planck Institute for Evolutionary Anthropology in Leipzig, Germany.

To aid in this task, scientists investigated Bacho Kiro Cave on the northern slope of the Balkan Mountains in Bulgaria. Archaeologists unearthed ancient human remains there in the 1970s, but the remains were subsequently lost. Renewed excavations starting in 2015 focused on pinning down the age and identity of the cave’s denizens.

From a rich, dark layer of earth near the base of the deposits in the cave, the researchers uncovered five modern human fossils, some 2,000 stone and bone tools and ornaments, and roughly 14,000 bones from hunted animals, often bison and red deer. Except for one molar, the fossils were too fragmented to be recognized by their appearance, so the scientists identified them by analyzing their proteins and DNA.

Radiocarbon dating suggests the fossils ranged from 43,940 to 46,940 years old, and artifacts at the site date back 47,000 years. "Modern humans arrived in Europe much earlier than we thought they did," Hublin said. He and his colleagues detailed their findings online on May 11 in two studies in the journals Nature and Nature Ecology & Evolution.

Blades and other tools in Bacho Kiro "are quite different from Aurignacian ones," Hublin said. Instead, they resemble artifacts found across Eurasia, from central Europe to Mongolia, assigned to the so-called Initial Upper Paleolithic.

These findings suggest modern humans migrated to Europe in at least two waves. The Initial Upper Paleolithic group arrived first "but for some reason did not expand everywhere -- maybe they did not have that many people, or maybe climatic conditions deteriorated after they moved," Hublin said. "Then the wave of the Aurignacians made it to the U.K., Spain, everywhere in Europe. The first wave seems genetically unrelated to present-day Europeans, whereas the second wave still has descendants today in Europe, making up 25% of European DNA." 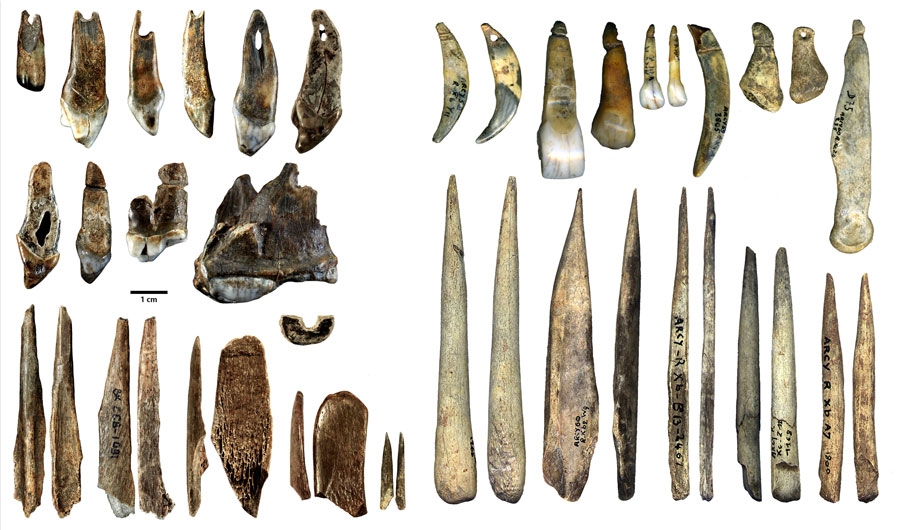 Among the artifacts the researchers excavated from Bacho Kiro were pendants made from cave bear teeth. These strikingly resemble ornaments found in French and Spanish sites linked with Neanderthals dating to between 40,000 to 44,000 years old, raising the possibility that modern humans taught or inspired Neanderthals to make similar pendants.

"I think the reason we saw all these changes in Neanderthals was interactions between them and modern humans," Hublin said. Previous research found modern humans and Neanderthals interacted enough to interbreed, he noted -- about 1.5% to 2.1% of the DNA of anyone outside Africa is Neanderthal in origin.

"The design, use and sharing of jewelry is an expression of membership to a social entity, ethnic group, family or gender," said Marco Peresani, a paleoanthopologist at the University of Ferrara in Italy, who did not take part in this research. Studying this ancient jewelry "can unveil unknown behaviors between Neanderthals and modern humans."