If You Start Geoengineering To Halt Global Warming, Don't Stop

Halting efforts could result in rapid climate changes and even war.
Image

(Inside Science) -- When a large volcano erupts, a huge, thick cloud of dust covers the Earth. It may block sunlight and lower surface temperatures. It's happened in the past, causing famine and death. Some scientists believe they could mimic that process and relieve Earth's rising temperatures by deliberately injecting material into the stratosphere to reflect sunlight.

However, new research suggests one crucial weakness of the strategy -- once you start, you had better not stop. Things would quickly get worse.

Such a scheme is one of a whole slew of so-called geoengineering concepts that some scientists have considered as the Earth's temperatures increase, sea ice and glaciers are melt and ocean levels rise.

In a paper published in the Journal of Geophysical Research--Atmospheres, scientists from North America, Europe, and Japan explored one scheme touted by proponents of geoengineering, seeding the atmosphere with tiny reflective sulfate or metallic particles, enough to bounce a portion of the sun's light back into space and keep temperatures from climbing.

The theory is that these methods, while expensive, would still be cheaper than the economic chaos real changes in civilization would require.

Robock said he once wrote an article listing 20 good reasons why geoengineering may be a bad idea. He said now he is up to 26.

One of them, he said, is that once the process is started, people might lack the means or the will to continue. They might get blamed for a massive drought or some other natural disaster and be forced to stop. If they do, things would get worse.

The notion of making an artificial volcanic cloud in the atmosphere is not new. The idea of putting micro-particles in the air to reduce the heat and light that reach the Earth originated in the 1970s with Mikhail Budyko, a Russian scientist.

In 1992, the National Academy of Sciences reported that increasing the reflectivity of the Earth by as little as one percent would be enough to compensate for doubling the amount of greenhouse gases into the atmosphere. Greenhouse gases such as carbon dioxide are what scientists think is driving up the Earth's temperatures by trapping sunlight, and they are virtually unanimous that the current climate change is of human origin.

Geoengineering went mainstream when Edward Teller, known widely as the "father of the hydrogen bomb," and Lowell Wood, then a scientist at Lawrence Livermore Laboratories, produced a detailed plan to send up clouds of tiny particles to reflect the sun's rays.

In the new experiment, the researchers used multiple computer models of the atmosphere to see what would happen if reflective materials--enough to counteract carbon dioxide increases by 1 percent a year--were pumped into the stratosphere for 50 years, and then stopped. The result, they reported, would be a rapid increase in global mean temperature, an increase in worldwide precipitation and a decrease in polar sea-ice. The models did not agree on rates of change, the scientists reported.

They found other problems with the idea of geoengineering, including what economists call "moral hazard." If people think the particles in the sky were reflecting sunlight they might think there was no longer a problem and reject efforts to reduce greenhouse emissions.

"If this were to happen," they wrote, "then geoengineering efforts would need to be maintained for many years to keep global warming below potentially dangerous levels."

"As you reduce temperatures, it would take more particles in the atmosphere and sooner or later you would reach a limit," said co-author Simone Tilmes of the University Corporation for Atmospheric Research in Boulder, Colo."

If you stop suddenly, it might jump back to the way it was before you acted, she said. That's what happens with volcanoes. In five years it may still look the same as if you didn't do anything, but we don't know that.

David Keith, of the Harvard Kennedy School, who supports geoengineering, thinks another result of stopping suddenly could be an international war, which would discourage anyone from stopping an ongoing geoengineering effort. Once started, nations would not allow a halt.

He said the paper did not break any new ground. "If you ramp it up high and stop suddenly you have a disaster," he said, "something everyone has known for the last 20 years."

Keith said his disagreement with the authors of the paper is not about facts, but interpretation. He considers their models too extreme to test their hypothesis.

"If solar geoengineering is someday a good idea (i.e., risk of deployment is far less than risk of not deploying), then we will have incentive to keep doing it," wrote Ken Caldeira of the Carnegie Institution for Science in Stanford, Calif., in an email. "If solar geoengineering remains a bad idea, then we will continue to have incentive to not do it. 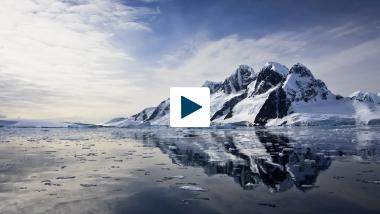