Pollution estimates in India highlight the need for some countries to more closely monitor the problem in nonurban areas.
Image 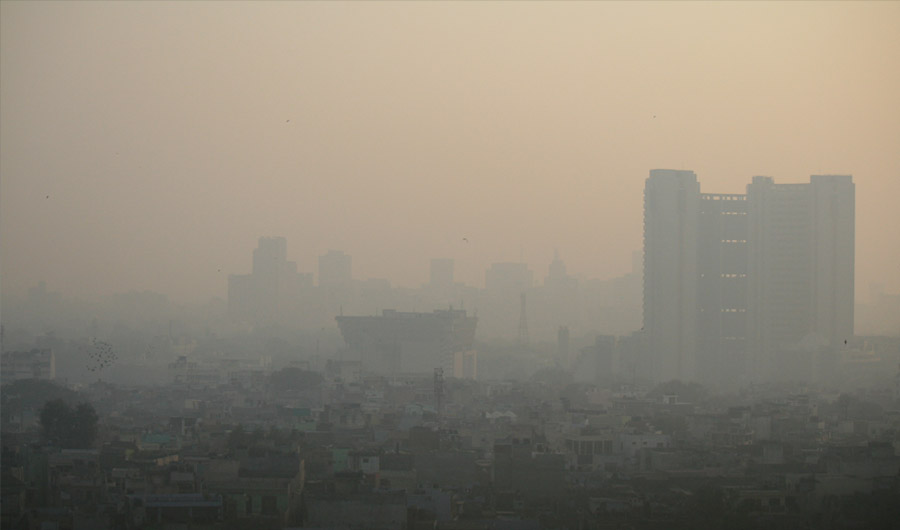 View of the Indian city of Delhi shows a thick blanket of air pollution.

(Inside Science) -- Fourteen of the 20 cities with the most polluted air in the world are found in India. But a new study, published today in the journal Proceedings of the National Academy of Sciences, shows that it’s not just urbanite Indians who need to worry.

“People in nonurban areas are just as exposed to pollution as those in urban areas, but they also have reduced access to healthcare,” said Akkihebbal Ravishankara, a chemist at Colorado State University in Fort Collins and one of the paper’s authors. “I don’t want us to forget about people in nonurban areas because the poor always end up getting screwed.”

Using satellite imagery, Ravishankara and his colleagues calculated how much solar light is blocked by particles in the atmosphere smaller than 2.5 micrometers thick. This allowed him to estimate pollution levels across India. Live readings on the ground would have been more accurate, but unfortunately, such data isn’t available outside of India’s major cities. “That’s the point I’m trying to make,” he said. “India really needs to start measuring this stuff if action is to be taken.”

The results showed that almost all of India is exposed to pollution levels 5.5 times greater than World Health Organization recommendations. Additionally, Ravishankara calculated that over one million Indians are killed each year from pollution.

The population density in India remains high even in nonurban areas, and that’s likely to be the main driver of air pollution, said Ravishankara. Outside of city centers, the roads are still clogged with traffic and villages are often just dense clusters of people surrounded by a few small fields. Domestic fuel burning, coal power stations and industrial activity are also likely contributors.

The study's findings are therefore unlikely to be relevant in many parts of the United States and Europe, where the delineations between urban and rural areas are more abrupt than they are in India, said Ravishankara. However, other parts of the world may see similar trends as observed in India.

In Lebanon, for example, population density remains high along the seaboard between Beirut, the capital, and the country's second largest city, Tripoli. “Air pollution along the coastline has been measured irregularly but has been shown to be equal to and at times even exceed the levels measured in Beirut,” said Najat Saliba, an analytic chemist at the American University of Beirut who was not involved with the study.