Walls, fences and other obstacles hamper the mobility of mammals and birds.
Image 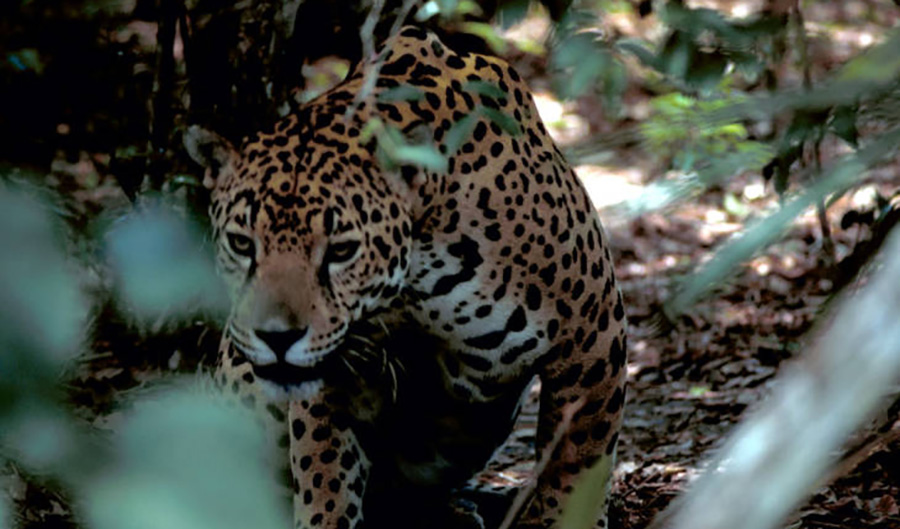 Jaguars are one species that may struggle to adjust to climate change if unable to roam across the borders between countries.

(Inside Science) -- A significant portion of the planet's bird and mammal species will need to move most of their population to other countries by 2070 in pursuit of suitable climates. But many of them might be blocked from doing so by barriers like international border walls, according to a new study.

"More than a third of birds and mammals might need to move into different countries," said Mark Titley, a graduate student in conservation ecology at Durham University in the U.K. and the lead author of the study published today in the Proceedings of the National Academy of Sciences.

Climate change ranks as the third biggest threat to global biodiversity after things like land use change and direct exploitation such as hunting, Titley said. Ecologists are well aware the distributions of many species will shift in the coming years as changes in temperatures and precipitation make their current habitats unsuitable. For many species the shift has already begun.

Animals may not be aware of human-imposed boundaries and borders. But physical structures like fences and walls, and abstract barriers like different rules and regulations regarding conservation in bordering countries, can impact their ability to shift their distributions, or to successfully establish new native ranges.

Titley and his co-authors wanted to better understand how species might move. They used distribution data gathered by the International Union for Conservation of Nature on 12,700 bird and mammal species and combined it with information on the climates they seem to prefer. They used simulations to show how climates suitable for the species would shift based on global average climate models. The researchers then overlaid this on a geopolitical map showing international borders.

They found that a third of the species are likely to shift more than half of their distribution to new countries by 2070.

Some areas were hot spots of projected distribution shifts. For example, many birds and mammals in the western Amazon were likely to make international shifts, while mammals are also likely to hop borders in eastern and central Africa, and in the Himalayas.

The team also looked at areas that might have physical barriers, such as a wall, placed along their borders.

"In the last 20 years or so we've seen a huge increase in these types of barriers," Titley said.

Birds and bats might be able to get over these terrestrial obstacles, but the analysis showed that about 700 species of non-flying mammals might not be able to follow the shifts in suitable climate across international borders due to human-made barriers.

Specific examples Titley cited include jaguars and jaguarondi, species whose distributions were projected to shift into the United States from Mexico due to climate change but may be blocked by the border wall. Similarly, Indian pangolins and sloth bears may be blocked from traversing the India-Myanmar border due to barriers there.

"Species are going to be on the move and all the barriers we're putting up are not going to help," said Ron Sutherland, chief scientist with Wildlands Network, an organization that studies the impacts caused by border walls and other barriers and looks for ways to connect transnational habitats. Sutherland was not involved in Titley's study.

He said the paper ties together two huge conservation topics: projected range shifts due to climate change and transboundary conservation.

"The implications are pretty bleak, but it's a great study," he said.

The recent analysis also showed that the biggest biodiversity losses due to climate change are likely to occur in poorer countries, often those relatively close to the equator. Generally, this meant wealthier counties at higher latitudes with higher GDPs and larger carbon emissions would be exporting future biodiversity loss into less wealthy countries near the equator, Titley explained.

Apart from borders, varying wildlife management regulations can have an impact on whether a species is successful in shifting its distribution as the climate warms.

Madhur Anand, director of the Guelph Institute for Environmental Research in Canada who was not involved in Titley's study, said that this paper highlights the importance of looking at the bigger picture in conservation.

"It's not just about keeping open the borders, but about coordinating," she said, adding that some international agreements like the Convention on Biological Diversity may provide a way to address some of these issues.

Titley said that creating wild areas that straddle borders is one potential way to mitigate some of these issues.

"We can do that by designing habitat corridors if they don't already exist," he said.

"Climate change is still the main root of the problem, so the main thing is to cut emissions," he said.