Kids From Larger Families May Have Fewer Kids Of Their Own

Iceland's long genealogical records show that you have more in common with your siblings than your parents.
Image 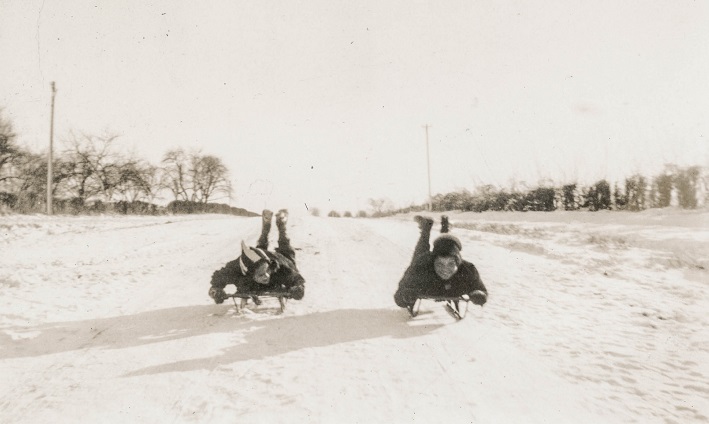 (Inside Science) -- Researchers have long questioned the role genes and the environment play in shaping the contours of person's life. Now, a new analysis may shed light on how a person’s family environment can shape their future children and lifespan, finding that individuals from large families have fewer kids and shorter lives -- and that parental involvement can cause some pretty big shifts in demographics.

To dig into this question, Robert Lynch, a post-doctoral researcher at the University of Missouri, in Columbia, chose the small island nation of Iceland. The country is an ideal testing ground for ideas about evolution and tradeoffs because it has a small, fairly homogeneous population -- and its historical records are meticulously kept.

Church records date back to the first settlement of the island in 871, and Iceland was the first nation to start a census in 1703. In addition to the records, Iceland has genotypes of around 50,000 people. Lynch used the genes of more than 8,000 pairs of siblings from a proprietary genealogical database called Íslendingabók for his analysis. More than a third of Icelanders have donated DNA for analysis.

Lynch spent a year combing over this data, trying to tease apart the relationship between genes and environment. He found that the biggest predictor of how many children a person had and how long he or she lived was that person's siblings -- even though a person shares roughly the same amount of genetic information with his or her parents and siblings.

He also found that people from bigger families have somewhat shorter lifespans and fewer children. Lynch says the extent of the finding was surprising: "You're losing almost a year in lifespan per sibling you share with your parents, and you're also losing a tenth of a future kid per sibling in your family," he said. People who grew up as only children had the longest lifespans and also had the most children. The research was published this week in the journal Royal Society Open Science.

That's because there's only a certain amount of time and resources parents can devote to kids, and having more kids means less resources per kid, Lynch explained. He adds that these numbers are probably conservative, and the effect is likely bigger -- but because Iceland doesn't have too much disparity between wealthy and low-income families, the gap didn't seem as big.

Lynch was also able to look at the effect of demographic changes when Iceland went through some rough patches. Even though it was a poor country for most of its history, two events stand out as particularly terrible times: the smallpox epidemic of 1707 to 1709, which is projected to have killed 26 percent of the population, and the Laki volcanic eruption of 1783 during which 25 percent of the population and half the country's livestock perished. Lynch's analysis showed that when conditions worsen, individuals have more kids and decrease parental involvement.

It's well documented that as countries get wealthier, women have fewer kids – and more of them survive to adulthood. Lynch shows that in Iceland, the rates of fertility declined before mortality rates dropped -- something that demographers, economists and anthropologists predicted would happen the other way around.

Paula Sheppard, a research fellow at the London School of Hygiene and Tropical Medicine, who was not involved in the research, speculates that when living conditions improved and became stable, parents had fewer kids and increased their involvement with each child. "Higher parental investment is likely to impact on future mortality rates by increasing life expectancy of these young," she said.

The paper didn't actually measure parental involvement -- time, resources and money put into kids -- itself; instead, it inferred parental involvement from patterns that come out of the data, pointed out Heidi Colleran, a postdoctoral researcher at the Institute for Advanced Study in Toulouse, France. Colleran, who was not involved in the research, also said that the overall average fertility during the sampling time was only 3.12 kids per family, so the differences between big families and small families weren't huge.

She praises Lynch for doing a good job of a complicated analysis with a stellar data set, but explains that there may be other factors at work. "People may be making childbearing decisions for a number of reasons, including cultural changes -- and the analysis doesn't include any discussion of culture."

Lynch plans to continue the research by looking at relationships between half-siblings and between cousins, to try to nail down the effect of parental involvement.

Cristina Moya, a postdoctoral researcher at the London School of Hygiene and Tropical Medicine, points out that other studies suggest that in the U.S. and Sweden the socio-economic status of children with fewer siblings is higher, but that higher status doesn't outweigh the effects of having fewer descendants down the line in terms of maximizing the reach of the family's genes. "This means that fertility reductions accompanying the demographic transition remain an evolutionary puzzle," she said.