L'Eau de Bacteria: The Future Of Tasting And Smelling

L'Eau de Bacteria: The Future Of Tasting And Smelling 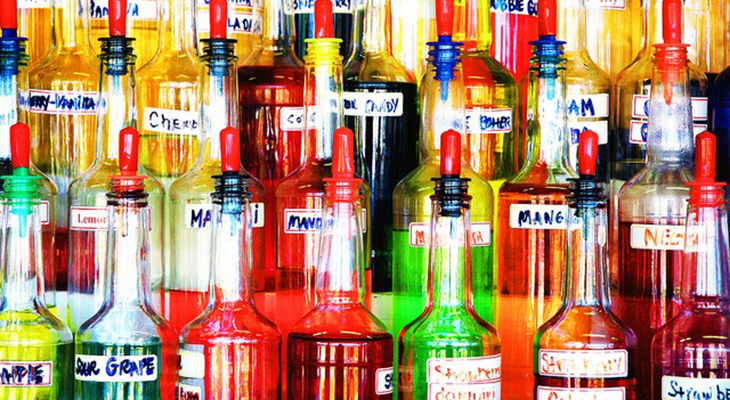 (Inside Science) -- Making things taste the way they taste and smell the way they smell is an expensive, and at times unpredictable, business. Five years ago, Indonesia saw a spell of damp weather followed by volcanic eruptions. The result was bad news for the harvest of a plant called patchouli.

Oil derived from the mint-like herb -- a common component of perfumes and colognes -- became harder and more costly to procure, leaving perfumeries that hadn't stockpiled the ingredient in the lurch. Prices finally began to normalize two years later.

To avoid this problem, the French fashion house Hermès now sources the patchouli scent from a more reliable supply: biotechnology.

"To do so is more than an innovation," said Jean-Claude Ellena, the in-house perfumer at the luxury brand. "I believe there’s a big future for biology in perfumery."

The number of ingredients at the perfumer's disposal has exploded since the Victorian era.

"Before the 19th century the raw materials [the industry used] was perhaps 100 products," said Ellena. "Now we use 10,000." But most of those ingredients can be sourced from nature only.

That's a business opportunity for biotech companies racing to synthesize more of the 10,000 scents nature can offer Ellena, using enzymes or whole microorganisms.

Factories have already been tapping the natural capabilities of microbes to produce food flavors for about 20 years. Monosodium glutamate and other additives made through microbial fermentation provide a salty tang.

"Organic acids like lactic acid are also quite easy compounds to produce by microbial fermentation because they're naturally produced by microbe's cycles," said Meraldo Antonio, a research associate at the consultancy firm Lux Research. Antonio is the lead author of a report published by Lux Research last month that looks at the use of biotechnology in flavor and fragrances.

But in more recent years, the industry has progressed.

"Our ability to tinker with microbes, changing their genetics to play with their metabolic pathways, means we can get them to produce things they wouldn't do naturally," explained Antonio.

Vanilla, for instance, can now be made cheaply by tinkering with yeast. Traditional extraction from pods costs as much as $3,000 per kilogram, estimated Antonio. The price plummets to $100-$500 per kilogram for vanilla produced using the biological machinery of yeast.

Synthesizing the molecule chemically in a beaker can be even cheaper. But chemical synthesis as a production method is falling out of fashion, said Antonio, because of consumer perception.

"A lot of people fear anything that's synthetic," he said. While consumer distrust can transfer to biotechnology, the flavor and fragrances industry is careful to market their biotech products in the best light.

"They're trying to label them as natural as possible," said Antonio. "They might say it was extracted with biological methods."

Toine Janssen, CEO of the Dutch biotech company Isobionics, is keen to support that narrative. His firm was the first to synthesize valencene, a compound traditionally extracted from orange peels in a labor-intensive process. Its sweet orange taste enhances sodas and mixed juices.

It took Isobionics three years of research and development to perfect the valencene biotechnology process. Janssen said his method is akin to nature.

"Our product is natural because what happens in the microorganism is happening in the orange," he said. "The product itself is not modified."

Janssen's competitors have since figured out how to make the orange flavoring with yeast cells.

He refused to divulge which microorganism he employs because he doesn't want to tip off his competition, but he did say the organism naturally produces the compound.

"We then improve the yield by turning certain genes off," he said, "They're producing all kinds of compounds, but we only want valencene. So we turn everything else off."

Antonio said that regulations on the marketing of biotech products are more restrictive in the EU than in the U.S. Europe requires a biotech compound to be identical to the natural version, not simply similar. He anticipates tighter U.S. rules in the future.

Isobionics is now one and a half years into their newest project -- genetically modifying a microorganism to make the scent of sandalwood, a key ingredient of many types of cologne. But it's proving a  difficult task.

Many things beyond the just the wood itself influence the smell of sandalwood extract, explained Janssen, mainly a mix of natural chemicals and byproducts. The success of the tree's growth, for instance, can affect the smell. Janssen is trying to figure out those factors so he can replicate them in a microbe.

"You have to recognize the side effects and then estimate their quantities," he said, "It's almost an art." It's a long game of trial and error. If he's successful it could prove a money earner; sandalwood is high in demand and price. Making this fragrance in the labs could also save thousands of hectares of forest in India from the chainsaw, said Janssen.

Ellena thinks more ingredients in his high-end scents will eventually be made with biotechnology, if companies like Isobionics continue to crack the genetic codes needed. But he remains a purist at heart.

"There's no way that we'll be able to do it all with biotechnology," he said, "It won't replace the traditional way."

Severe Marine Heat Waves Linked to Human-Caused Warming
Infographic: How a Geiger Counter Works
Tumors Under Physical Stress Inside the Body May Not Respond as Well to Chemotherapy
This Long-Tailed Bird Makes Sounds With Its Feathers in Different Accents
Jeweled Orb-Web Spiders Mimic Flowers to Catch Pollinating Insects
END_OF_DOCUMENT_TOKEN_TO_BE_REPLACED