Lizards Prefer to Poop on the Largest Rock They Can Find 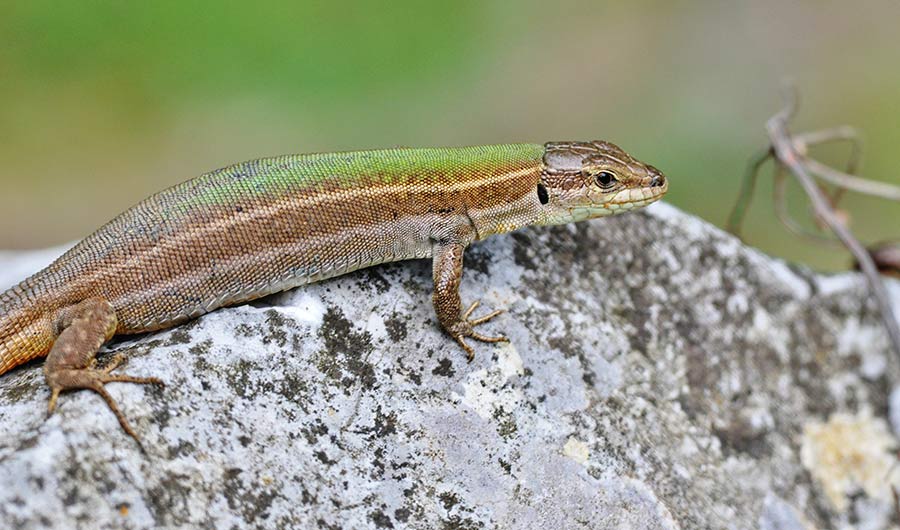 (Inside Science) -- Simon Baeckens knows when he's in a good spot for catching lizards. It's when he sees the largest, most prominent rocks are crowned in poop.

"It's not like I'm a poop researcher or anything," he clarified. Baeckens, an evolutionary biologist at the University of Antwerp in Belgium, studies the pheromones and physical traits of lizards in the family Lacertidae, also known as wall lizards, which are native to Europe, Africa and Asia. But after years of collecting lizards from the wild, it was clear to him that his research subjects did not choose their toilets randomly.

Previous studies have indicated that wall lizards use their feces to communicate. Males will avoid areas where another male has defecated, suggesting that lizard droppings may function as a "keep out" sign. Wall lizards can also glean information from the scent of other lizards' feces.

Baeckens suspected that lizards might be deliberately leaving their "signals" in places where other lizards could easily see and smell them. But it's also possible that lizards like big rocks for other reasons, and their waste placement is a side effect of where they spend their time. For example, big rocks might provide the warmest sunning spots or the best view to watch for predators.

To partially control for such factors, Baeckens and his colleagues collected 90 Dalmatian wall lizards from Croatia and housed them alone in identical enclosures. Each enclosure contained a small rock, a medium rock, and a large rock, all of which were the same temperature.

Eighty percent of the lizards defecated primarily on the biggest rock, the researchers reported in the journal Behavioural Processes. "There's almost no feces on the smallest or the medium-sized rock," said Baeckens. The findings held true for males and females and for lizards from three separate populations. It's not yet possible to be sure of the lizards' motivations, said Baeckens. Still, the study lends weight to the idea that large rocks serve as poop display sites.