The new findings come after more than 10 years of observation.
Image 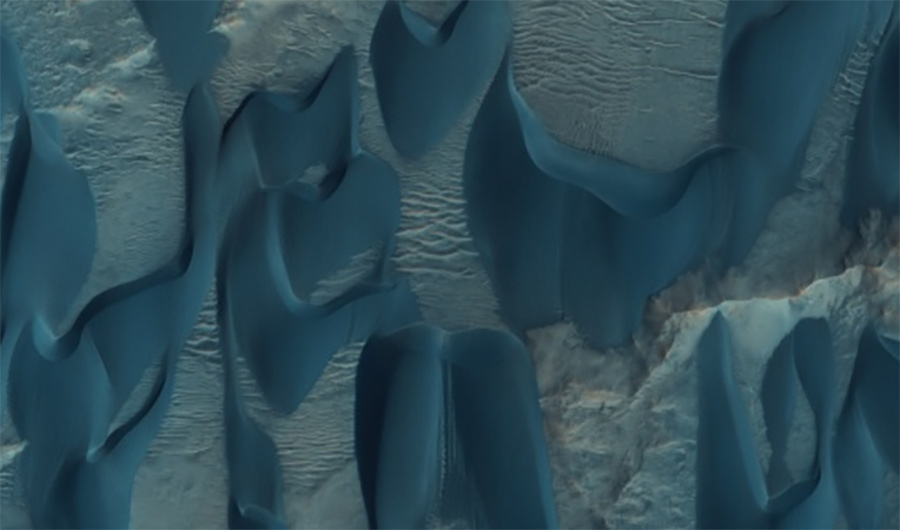 (Inside Science) -- Martian megaripples might sound like they are straight out of science fiction. But they are real and just as fantastic as they seem.

Megaripples are sandy landforms, or bedforms, that rise 1 or 2 meters off the surface. They have been spotted all over the surface of the red planet from the mottled floors of craters to the undulating plains of sand dunes. Not quite as large as sand dunes, but also not as small as what scientists call large ripples, megaripples are the middle child of bedforms on Mars. Unlike middle children, however, they are big and bright enough to be easily spotted by satellites.

Most Martian sand dunes are made up of a large range of grain sizes and large ripples are composed only of tiny, finer grains. Megaripples, on the other hand, are made of fine-grained sands at the bottom and coarse-grained sands at the top, making them less mobile by the weak Martian atmosphere. This has prompted scientists to assume that they are remnants of a past environment when the wind was stronger. But now, after a decade of observation, planetary scientists have used images from the High Resolution Imaging Science Experiment (HiRISE) to show that these megaripples are actively moving.

"We had the opportunity to see these megaripples moving because now we have more than 10 years of observations," said lead author Simone Silvestro, a planetary scientist at the National Institute for Astrophysics Astronomical Observatory of Capodimonte in Naples, Italy. As HiRISE continues to photograph the Martian surface, the repeated observations reveal processes that were once thought to be dormant.

"It isn’t like Mark Watney getting blown away from the other astronauts in 'The Martian,'" said Matt Chojnacki, co-author and associate staff scientist at the University of Arizona’s Lunar and Planetary Laboratory in Tucson. "You wouldn’t see a lot of dust devil movement or drifts of dust blowing through." Instead, the megaripples in the regions that the scientists studied, near the Nili Fossae and McLaughlin Crater, migrate at almost imperceptible rates, moving only about 1 meter every nine Earth years. Nevertheless, their activity is a pleasant surprise to the planetary science community.

"The field is evolving in the sense that high-resolution images have finally been obtained over a long enough time span to allow the megaripple movement to be detected," said Jim Zimbelman, a planetary geologist at the Smithsonian’s National Air and Space Museum who chaired the 2019 conference session where Silvestro first presented the preliminary results. Zimbelman hopes that this work will inspire others to look for more surface changes on Mars now that the appropriate time span of observations has been reached. Silvestro and his colleagues plan to study more details about megaripples, such as the seasonality of their movements and their relationship with migrating sand dunes.

Megaripples also appear on Earth. Silvestro’s first experience with them came during a field trip to Morocco, where the landscape’s similarity to the Martian surface makes it an ideal testing ground for the Rosalind Franklin rover (previously known as ExoMars rover). And although the megaripples on Earth are smaller and rarer than the ones on Mars, Silvestro hypothesizes that they form through a similar process.

"Mars is similar enough to Earth that you can apply the same models, but just different enough to push the boundaries of them." said Serina Diniega, a planetary scientist at the Jet Propulsion Laboratory in Pasadena, California. Especially for the field of comparative planetology, Mars can serve as an extremely useful tool to study other bodies with a range of environmental conditions in addition to Earth, she added. And as more data comes in, this tool becomes more refined.

"Mars is surprising us because it is a planet that is still geologically active," Silvestro said. "Now, we are going back to restudy the same features on Earth."

For the first scientists who studied Moroccan megaripples a century and a half ago, it would have been difficult to fathom that their work would be relevant for another planet. But as HiRISE continues to image the Martian surface, it becomes clearer and clearer that the red planet can teach us a great deal about rare events on our own world. 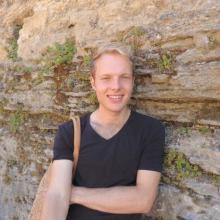