Look, Up In the Sky - It's Aeroecology

Look, Up In the Sky - It's Aeroecology

An emerging field has researchers searching for answers in a discipline that's quickly taking flight. 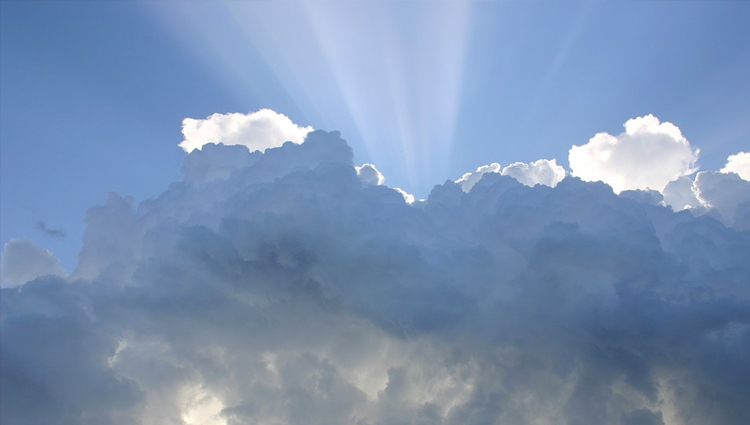 Formally established just three years ago, aeroecology is the study of flying and floating organisms in the air they inhabit.

Biologist Thomas Kunz from Boston University is pioneering this new field. He notes that that the air is the only environment that moves freely, and quickly, around the entire planet.

Kunz cautions that the air is an environment, not an ecosystem. Except for a few bacteria that might spend their lives in clouds, the airborne creatures require the energy from photosynthesis that occurs on land or in water.

For the first time last week, the Ecological Society of America included a session on this buoyant new discipline at its annual meeting.

Ecology On The Radar

Radars played a key role in launching the field of aeroecology. Meteorologists have long recognized that creatures flying through the radio waves scatter the signal. So, they routinely filtered out that noise to get a clearer picture of the weather.

But according to biologist Winifred Frick of the University of California, Santa Cruz, that discarded "biogunk" is just the information scientists need to observe flying animals at the scales that matter most.

Radar signals, with centimeter-long wavelengths, are the right size to reflect off creatures the size of birds, bats, and even moths. The maximum range of a radar is 288 miles, an area large enough to potentially track a foraging bat.

In the United States, a network of 159 next generation weather radars known as NEXRAD has been scanning the air every 5 minutes for the last 20 years.

Meteorologist Phillip Chilson from the University of Oklahoma has been instrumental in recovering the biological backscatter from NEXRAD archives.

"This could be one of the largest biological repositories in existence," said Chilson.

When scientists piece together a time series of NEXRAD backscatter images, they see patterns in the air on a spatial and temporal scale never before possible.  Armed with the ability to visualize flying creatures, researchers are starting to look for larger ecological patterns in the air.

During the Ecological Society meeting, Frick played a movie of backscatter images in which a weather front corralled insects along its leading edge. Bats, which have a higher reflectivity and are represented by warmer colors in the images, suddenly emerge from their cave, zero in on the insect buffet, and attack along its length.

Frick analyzed the timing of bats emergence from caves and related it to climate. In a drought year bats emerge earlier in the evening than in a wet year. She suggests populations of insects increase in wet years so foraging requires less time.

Entomologist Jason Chapman used radar and wind data to show that silver Y moths, thought to be passive passengers in wind currents, actively select favorable conditions for migration. In the springtime they wait for winds that push them northward. In the fall, they choose winds that carry them back to the south. Just how such clever decision-making by an insect is achieved, is unknown.

Aeroecologists presented an array of technologies unraveling connections between fliers and their airspace at the meeting.

"We'd like to know the biomass of what's in the air," said Kunz.

Protests, A Retracted Paper, and a Super-Earth Planet
Why Is an Empty Shampoo Bottle So Easy To Knock Over?
COVID-19 Vaccine, Monkeys and Bumblebees
Smart Speakers Could Detect Cardiac Arrest
Light And Art Come Together
END_OF_DOCUMENT_TOKEN_TO_BE_REPLACED