Looking Deeper Into Our Cosmic Past

Scientists reveal plans for future experiments to study the faint remnants left behind by the Big Bang.
Image 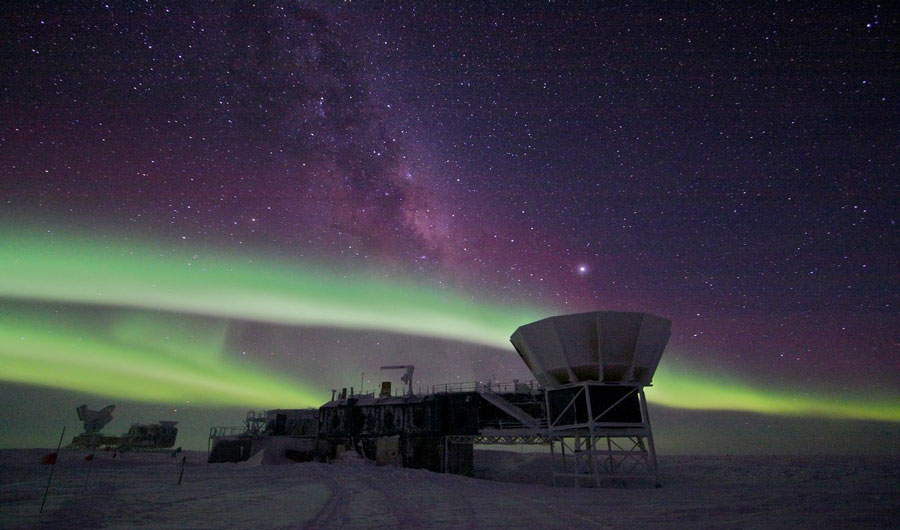 Southern polar lights over the Amundsen-Scott South Pole Station, with BICEP2 telescope visible in the foreground.

(Inside Science) -- What exactly happened in the beginning of the universe?

Scientists are trying to answer this ultimate question by deploying more telescopes to help in their quest. The global collaborative project known as Cosmic Microwave Background-Stage 4 aims to construct new ground- and space-based telescopes, as well as expand the capabilities of existing ones. It will be the continuation of the ongoing CMB-Stage 3 project to study the remnants of our distant cosmic past.

Adding new telescopes will allow scientists to obtain higher resolution data of the cosmic microwave background, which is the oldest observable light in the universe and contains tiny hints of what happened at the very beginning.

Peeking behind the curtain

The cosmic microwave background was first measured in 1964 by Arno Penzias and Robert Wilson by accident. The detection of this background radiation confirmed the Big Bang theory as the correct explanation of our universe's origin, beating its main rival, the Steady State theory, which posited that matter is created continuously throughout the universe over an infinite time scale. In contrast, the Big Bang theory describes an initial creation event, the remnants of which can be detected today. Penzias and Wilson were awarded a share of the Nobel Prize in physics in 1978 for their discovery.

The cosmic microwave background, as measured by telescopes that see in the microwave spectrum, provides a backdrop to our visible universe. Everywhere you look in the sky, if you can see microwaves, you would see the background radiation from 13.8 billion years ago.

However, those microwaves do not mark the beginning of the universe, but only the beginning of free photons, which can travel long distances and someday reach a telescope. Before the curtain of the early universe lifted, the universe was opaque and photons couldn't travel freely. In fact, according to our current understanding, this first light occurred about 380,000 years after the Big Bang. This was long before any stars or galaxies formed, but also long after the initial inflation of our universe.

But if we cannot see past the cosmic curtain of the early universe, how can we ever figure out what happened during the first 380,000 years?

"The idea is that the universe leaves imprints on [the background] in different ways, and we can look for those imprints, and infer what the universe was doing," said Mark Devlin, an astrophysicist from University of Pennsylvania in Philadelphia. He is also a member of the Conceptual Design Team of the CMB-S4 project.

One of the main motivations for the CMB-S4 project is to better understand the initial rapid expansion of the universe, which occurred within the first instant of the birth of our universe. This period of lightning-fast growth, known as the inflationary epoch, was responsible for creating a huge portion of our universe, and is estimated to have lasted less than one quadrillionth of a quadrillionth of a second. It is truly the "big" and "bang" part of the Big Bang.

"The physics of inflation is still unknown," said Cora Dvorkin, an astrophysicist from Harvard University in Cambridge, Massachusetts. She spoke about the CMB-S4 project at a meeting of the American Physical Society, held in Washington, D.C. this January. "We can shed light on the physics of inflation by using CMB observations." 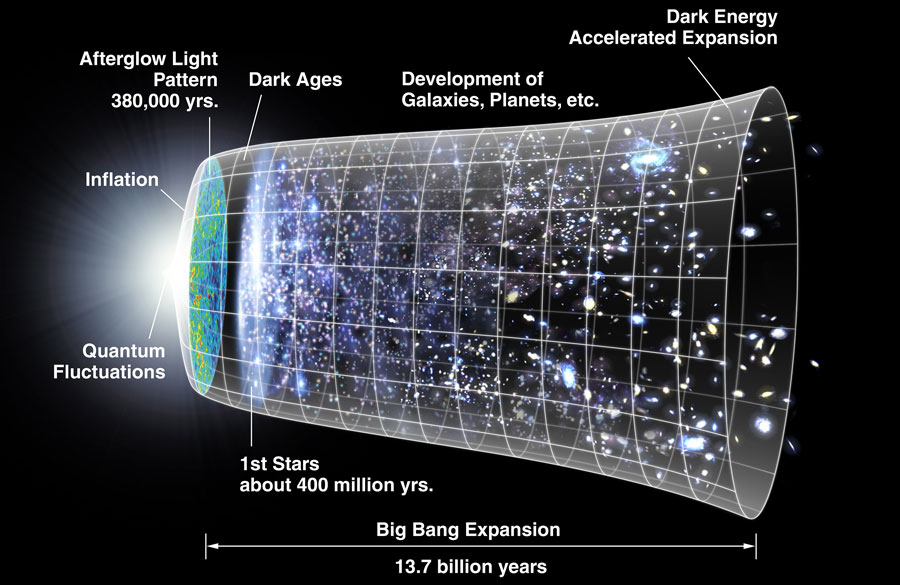 Timeline of the universe, from the Big Bang to present time.

More eyes on the sky

The cosmic microwave background emits microwaves with energy that correspond to a temperature of around 2.7 degrees Kelvin. In comparison, the "imprints" mentioned by Devlin correspond to fluctuations around 0.0001 K, approximately a difference of one part in 100,000. Looking for these signals is like looking for fingerprints on the roof of a football stadium. 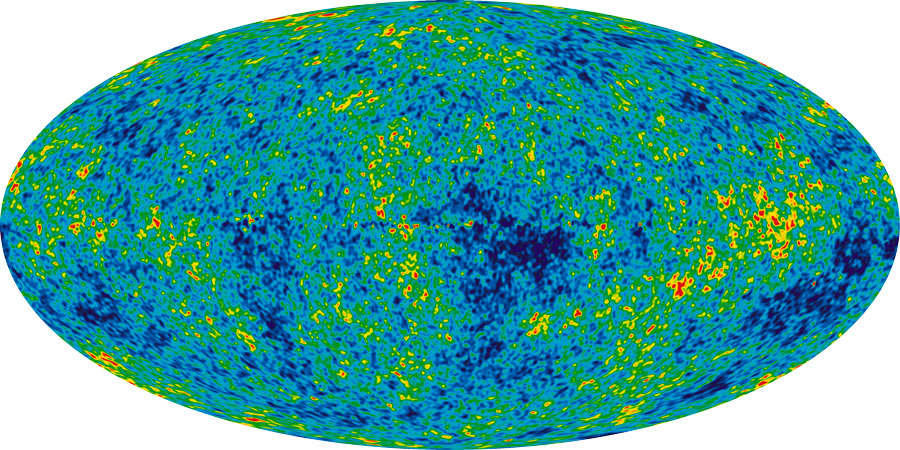 The detailed, all-sky picture of the cosmic microwave background. The color map covers a range of 0.0002 Kelvin.

"To get to the sensitivity levels that are required to find either inflationary signal, or just say that's not findable, requires about a factor of ten increase in the current capabilities of all of [the current telescopes] combined," Devlin said.

In other words -- the effort requires more data. The data can come from either building more telescopes or making the current ones bigger, or both.

"The detectors are sensitive as they ever could be. The only way to get more sensitivity is to have more detectors on the sky," Devlin said.

Those additional capabilities will take time and money to build. According to the project's website, the CMB-S4 will be a U.S.-led effort with participation from international partners. Per the request of potential U.S. funding agencies, the scientific community is preparing a report on the technical and financial requirements of the project, which will be reviewed by a federal advisory committee this August, before being formally transmitted to the agencies for their approval.

Cosmic inflation is not the only thing CMB-S4 is set to study. A 221-page "Science Book" detailing the main objectives of the project is now available online. "We expect to learn more about dark matter, dark energy, neutrinos, [in addition to] inflation," Dvorkin said.