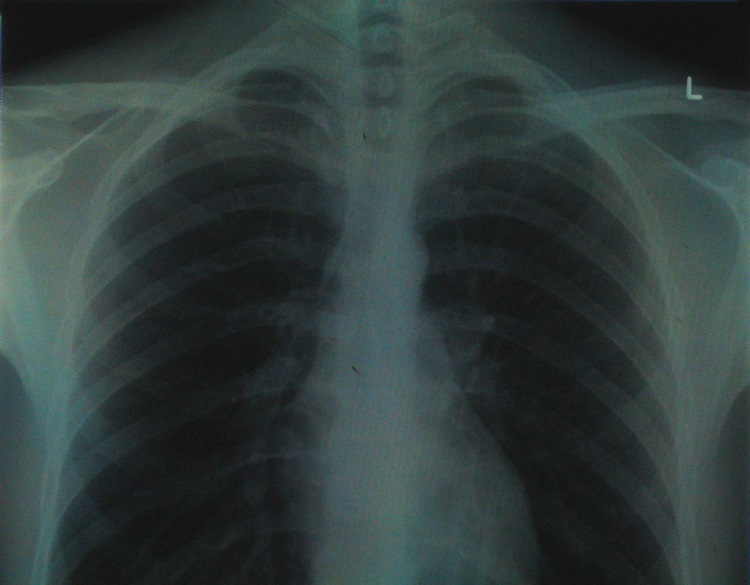 (Inside Science) -- An association of physicists in the medical field has warned patients not to decline diagnostic radiation procedures because of perceptions that the tests may be harmful.

The American Association of Physicists in Medicine said the benefits of diagnostic -- mostly imaging -- technology far outweighed the risks. Machines that deliver much higher levels of radiation for treating cancer have been the subject of media stories uncovering improper use and accidents, and journal articles have cautioned physicians to minimize diagnostic CT scans in children, especially repeated ones. They have raised unfounded fears about radiation procedures in general, the association said.

The statement touched on a long-debated topic: whether all radiation is bad or if some of it can be tolerated without danger.

"Discussion of risks related to radiation dose from medical imaging procedures should be accompanied by acknowledgment of the benefits of the procedures. Risks of medical imaging at effective doses below 50 mSv (milliSieverts) for single procedures or 100 mSv for multiple procedures over short time periods are too low to be detectable and may be nonexistent," said the statement released by the AAPM. "Predictions of hypothetical cancer incidence and deaths in patient populations exposed to such low doses are highly speculative and should be discouraged."

The statement was issued because of concern that papers in scientific journals, warning against dangers from CT scans, were finding their way into the popular media, and "people became fearful and said they were not going to have the exams," said William Hendee of the Medical College of Wisconsin, lead author of the AAPM statement. That was particularly true of parents of children slated for exams.

Hendee said that most of the data on ionizing radiation comes from victims of the atomic bomb attacks on Hiroshima and Nagasaki, and that they do not apply to diagnostic radiation.

The statement was immediately criticized by scientists who think almost any radiation can produce harmful effects, particularly cancer.

"It's a very blasé, a surprising statement from people whose job it is to ensure the safety of what we do," said Rebecca Smith-Bindman, a professor of radiology and several other medical departments at the University of California at San Francisco. "Ionizing radiation is the most studied carcinogen in the world."

Smith-Bindman added that the literature shows a risk for solid tumors and leukemia -- even at low exposure -- although the lower the exposure, the less certain the risk, and that the fear that patients would decline needed CT scans was "unjustified."

The debate over radiation safety goes back to the discovery of radiation in 1895, and is one of the frustrating instances in which medical experts do not agree.

Radiation is measured in sieverts, which is the amount of energy deposited in living tissue. A full-body CT scan results in 12 mSv; a mammogram 0.13 mSv -- a hundred times less. The risks from these procedures, according to AAPM, are too low to have been determined reliably, and may be "nonexistent."

The risk factor is a matter of extrapolation.

According to a study quoted by the National Academy of Sciences, a 45-year-old adult undergoing 30 annual full-body CT scans would have one chance in 50 of dying of cancer because of the radiation. Almost no one would have that many procedures. The odds of a person born in 1999 dying from a car crash is one in 77.

The academy said that there would be one cancer caused by a single exposure per hundred people of 100 mSv, more than a single CT scan would put out. Of those 100 people, 42 would have solid tumors and leukemia from other causes in their lifetime.

The devices discussed are machines used for diagnosis of disease, not treatment, which uses much higher doses.

Scientists disagree as to whether there is a threshold below which there is no risk. Most experts, including the national academy, accept a "linear no-threshold model" which states that the less the radiation, the less the risk but there is no completely safe threshold.

The problem, said Daniel Low, science council chair of AAPM, is that extrapolation for very low dose assessments of cancers or death, is "inaccurate, unscientific and leads to concern by patients." Such predictions of cancer and deaths from low doses are "speculative," AAPM says in its statement.

"I wish that all journalists, including science journalists, did a better job of  reporting on risk, of making sure that our stories always were set within a realistic perspective," said Deborah Blum, a Pulitzer-Prize winning science writer who now teaches at the University of Wisconsin at Madison. "Far too often we end up scaring people unnecessarily or focusing attention on unlikely risk scenarios and distracting from the major ones ... Journalists as a pack tend to pick up the different, the dramatic, the one in a million chance of mortality."

Other organizations seem to agree with the AAPM statement.

"We believe that risk of radiation exposure from diagnostic imaging is much less than the risk of not having the examination if the examination is diagnostically warranted," said Penny Butler, senior director at the American College of Radiology.

Mary Mahoney, chair of public information at the Radiological Society of North America and a radiologist at the University of Cincinnati Medical Center, said her organization agrees completely with AAPM and is revising its position on its website to link to the AAPM.

"I don't want anyone not to get critically important information because of fear of the radiation," said Mahoney.

Smith-Bindman said part of the problem is that sometimes the devices are used when they are not necessary, a situation peculiar to the American medical system. In the United Kingdom and Europe the devices are not used unless the need is warranted by the patient's medical condition.

On that, everyone seems to agree.

"[AAPM] acknowledges that medical imaging procedures should be appropriate and conducted at the lowest radiation dose consistent with acquisition of the desired information," the organization said in a press release.

Editor's Note: Inside Science is supported by the American Institute of Physics, of which the American Association of Physicists in Medicine is one of ten member societies.