Move Over, Beetles: The New Champions of Diversity Are Parasitic Wasps

Parasitoid wasps that lay eggs in other creatures may represent more species than any other group of animals.
Image 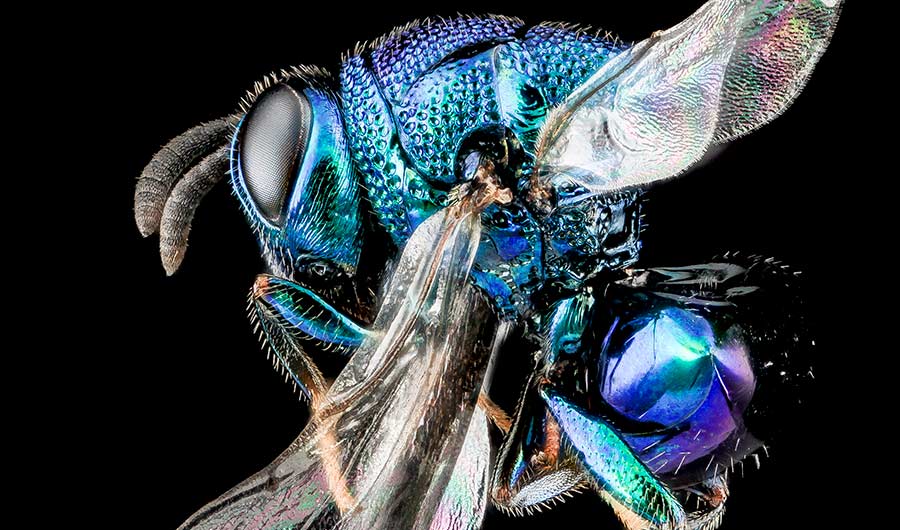 This Perilampid wasp parasitizes other parasitic wasps. It is 3 millimeters long.

(Inside Science) -- If there is a creator, what can nature reveal about his or her mind? In a possibly apocryphal story, the famed biologist J.B.S. Haldane is said to have answered that "he is inordinately fond of beetles." But if we're judging by species diversity, as Haldane probably was, the true celestial favorites may actually be wasps -- parasitic wasps whose life cycles read like a horror story.

Beetles, which comprise the taxonomic order Coleoptera, have long been hailed as the most species-rich group in the animal kingdom. But this perception may reflect biases in what humans like to collect, according to a new study. Beetles are often large, brightly colored, and easy to handle and preserve, with bodies that don't collapse when they dry out. Today's beetle researchers have a wealth of data at their fingertips, amassed by centuries' worth of naturalists.

"Darwin and many landed gentlemen back then had insect collections, and the beetles were usually the prize of their collection," said Andrew Forbes, an evolutionary ecologist at the University of Iowa in Iowa City and first author of the study, which is posted on the preprint server bioRxiv and is not yet peer-reviewed.

In contrast, much less is known about certain groups within Hymenoptera, the order that contains ants, bees and wasps. The bulk of hymenopterans are thought to be "parasitoids" -- wasps that lay their eggs in or on the bodies of other creatures, most often other bugs.

More insect stories from Inside Science:

While true parasites often don't kill their hosts, parasitoids always kill their hosts eventually. They eat their hosts from the inside out while they're still alive, often manipulating the hosts' behaviors for their own ends.

"They emerge from their [host's] body just like the Alien," said Sam Droege, an entomologist with the U.S. Geological Survey in Laurel, Maryland who was not involved in the study.

Some parasitoid wasps use other parasitoid wasps as their hosts, and sometimes even those invaders are themselves parasitized, said Lynn Kimsey, an entomologist at the University of California, Davis and director of the Bohart Museum of Entomology. Kimsey was not involved in the new study, though she was working on a similar paper when it came out.

Parasitoid wasps tend to be tiny, making them hard to study. The adult males of the smallest species are less than two tenths of a millimeter long.

"I mean, there are bacteria bigger than that," said Kimsey. "You don't get [small parasitoids] with standard sampling techniques, and even once you get them, they have to be sorted out under the microscope."

The few studies that have comprehensively surveyed parasitoids have found them to be remarkably abundant and diverse. Kimsey recently published such a survey in a desert dune habitat, where she found two to three times more hymenopterans than beetles. More than half of those hymenopterans were parasitoids.

Another line of evidence comes from researchers who collect eggs, larvae or pupae of various insect species and rear them to adulthood in the lab, said Forbes. Some of the pupae hatch into the bug you expect, but many emerge as something else entirely. Forbes routinely sees 20 to 30 different parasitoid species emerging from the bodies of a single kind of host. Some parasitoids specialize on one or a few host species, while others lay eggs in many different hosts.

Wasp researchers have suggested before that their study organisms may be the most species-rich. But with so little known about parasitoid wasps, it's hard to say just how they compare to beetles. 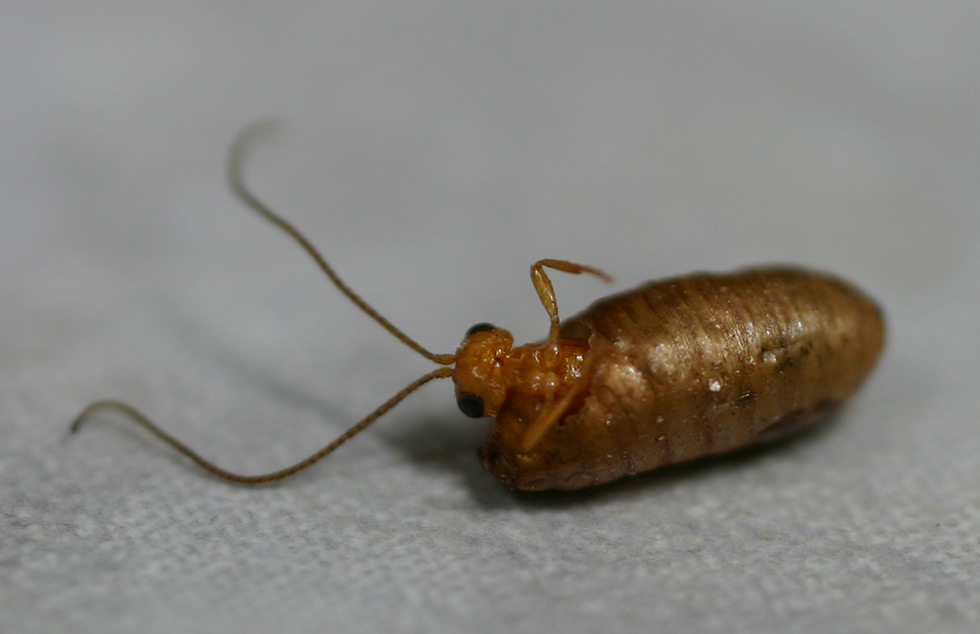 A Diachasma alloeum wasp emerges from its fly pupa host.

In their new paper, Forbes and his colleagues realized that they didn't have to know how many parasitoid wasp species actually exist. Instead, they could use a mathematical model to estimate the minimum level of parasitoid diversity that would still leave them outnumbering beetles. Then they could compare that to what is known about the ratio of parasitoids to host species.

For example, if you assume that a quarter of insect species are beetles, hymenopterans would beat beetles as long as there are at least two parasitoids for every five host insects. Based on the few host-parasite systems that have been thoroughly studied, it seems likely that there are far more.

As case studies, the researchers examined four host genera -- the next taxonomic level up from species -- that have been well studied because of their roles as pests. They focused on specialist parasitoids, ignoring wasps that preyed on more than one genus. Even with this conservative approach, they found roughly equal numbers of host and parasitoid species.

"The overwhelming evidence now supports the fact that there are more parasitic wasps, and therefore Hymenoptera, than there are beetles," said Forbes.

Parasitoids may not be the most charismatic creatures. But their abundance is good for humans, because they keep insect pests in check, noted Forbes. And there's no doubt that their lifestyles are fascinating, from mother wasps that lead cockroaches around by their antennae to larvae that force spiders to spin wasp-pupa cradles.

The study lays out a convincing case for parasitoid supremacy, said Droege. Nevertheless, Droege suspects that not all beetle fans will go down without a fight.

"I think that it will irritate the coleopterists, because they've been on top of this pinnacle of species PR," Droege said. "There's probably going to be, at least in some groups, a little bit of sharpening of knives to see if they can't re-take the number one spot."

Editor's Note (March 12, 2018): After publication we changed the capitalization and removed the italics from the orders Hymenoptera and Coleoptera. We regret the error.