My Prediction for the 2015 Nobel Prize In Physics

Dark matter research by Rubin and Ford is a plausible choice for this year’s selection.
Image 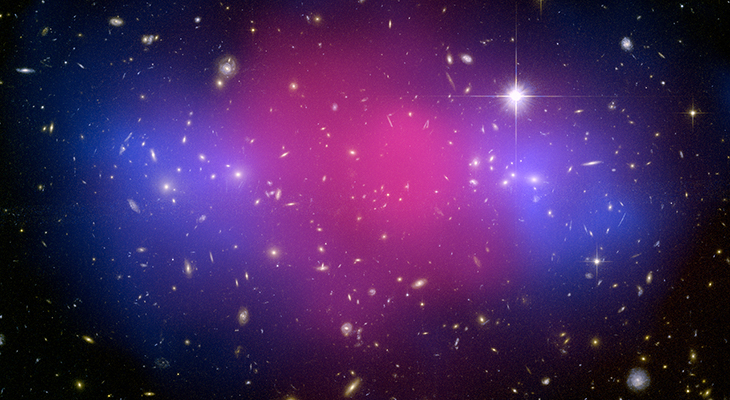 (Inside Science Currents) -- After correctly predicting light-emitting diodes – commonly known as LEDs – for last year's Nobel Prize in physics, I would be wise to rest on my laurels and never forecast any future Laureates. However, egged on by the other Inside Science editors, I'll risk a prediction for this year's physics prize, which is scheduled to be announced on Tuesday, October 6, 2015. I have no inside information on the Nobel Prize selection process, and sit on a perch thousands of miles away from the Royal Swedish Academy of Sciences, so last year's predictions could have been dumb luck. But at the very least, you can view this crystal-gazing as an opportunity to celebrate and appreciate one example of great research that is extremely worthy of winning the prize.

First, let me remind you of an apparent pattern in the recent physics Laureates. The prizes seem to cycle through about four major sub-fields of physics. Last year the prize was awarded to a field related to condensed matter and materials, the prior year it was given for high-energy/particle physics, and the year before it was devoted to quantum physics. So I think this year we're due for a prize in cosmology, the study of the universe at the largest scales. The most recent cosmology-based prize was in 2011, in which researchers were recognized for observing that the universe is expanding at an accelerating rate, possibly due to a mysterious "dark energy" whose specific properties are still largely unknown.

I predict that the 2015 Nobel Prize in physics will go to Vera Rubin and Kent Ford for their work in discovering that most of the matter in galaxies — and the universe in general — appears to be made of "dark matter." I am not the first or only person to predict that this research will be recognized with a Nobel Prize, as there is even a Facebook page lobbying for a Vera Rubin Nobel in 2015.

This modern idea of dark matter goes back to the 1930s, through the observations of scientists such as Jan Oort and Fritz Zwicky. Oort found some evidence that stars in the Milky Way were moving faster than would be explained by the gravitational forces of other visible matter on them. Zwicky cleverly estimated the amount of mass in a large cluster of galaxies and used the German phrase dunkle Materie ("dark matter") to express the idea that much of the matter that gravitationally drove motion within the cluster could not be seen. However, the Nobel Prize can only be awarded to up to three individuals known to be alive, and so it can't be given to Zwicky or Oort.

Fast-forward to the mid-1960s when Rubin and Ford both worked as researchers at the Carnegie Institution in Washington, D.C. Rubin was interested in the speeds of stars orbiting the outer regions of galaxies, a little-studied topic, as Rubin recounts in a 2006 Physics Today essay. The edges of galaxies were much dimmer than the center, and harder to see. Ford developed a sensitive instrument that could efficiently detect light from these outer galactic regions, and could yield the orbital speeds of stars around them. At the orbital speeds that Rubin and Ford measured, the visible matter in galaxies did not seem to provide enough gravity to cause these stars to orbit so quickly around galaxies. Only the existence of dark matter, which radiated no visible light or other form of electromagnetic radiation, seemed to explain their observations.

So Rubin and Ford, and many others after them, found strong evidence for dark matter through their measurements of the velocities of stars in galaxies. Several other types of astronomical observations, such as the formation of large structures in the universe, suggest the existence of dark matter.

But there remains one major problem. Despite decades of intensive searches, scientists have not conclusively detected the actual particles that would make up most of this dark matter. The identity of dark matter remains a mystery.

Despite the lack of evidence, I still think that Rubin and Ford could still be named as recipients of the Nobel Prize. The winners of the 2011 Nobel Prize in physics made their discoveries on the accelerating universe in the 1990s, much later than Rubin and Ford. The prize was awarded even though physicists didn't know then and still don't know the identity of the "dark energy" that is apparently driving the acceleration.

Another obvious candidate for a cosmology and astronomy related Nobel Prize is the detection of planets outside the solar system, or exoplanets. The physics of detecting these planets — many hundreds of them reported by now – is ingenious and worthy of a Nobel Prize. However, the field — and its stars — are still relatively young. So, I will go out on a limb to predict this as a 2019 Nobel Prize, if previous patterns continue and dark matter does not receive the distinction this year. (I have Inside Science intern Michael Greshko to thank for encouraging me to add dates to these predictions!)

There are other notable candidates for a physics Nobel Prize, but again, I expect these to occur on other years, if the cosmology/astronomy pattern holds for 2015. There are too many to mention here, but these would include metamaterials (a candidate for the next materials-related prize, in 2018, perhaps?), quantum entanglement (a candidate for the next quantum prize, in 2016, maybe?), Fermi condensates (also a future quantum prize, perhaps in 2016 or 2020?), and any major discoveries of new particles in the Large Hadron Collider (in 2017)? There are many other worthy candidates, of course. And the Nobel Committee may break from this recent pattern and shock us all with a non-cosmology prize.

But my mind, and heart, are set on dark matter this year.

What are your predictions? Please enter them in the comments below!