New Atlas Unearths Bounty Of Life Below Our Feet

Scientists place some of the world's most bizarre and beautiful soil dwellers on display.
Image 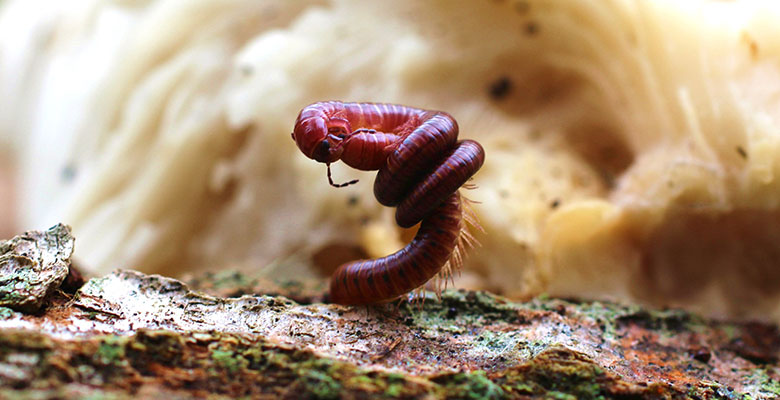 Myriapods, which include centipedes and millipedes, are found in many terrestrial habitats, from deep soil layers and caves to above the tree line on mountains.

(Inside Science) -- What’s the difference between soil and dirt? While you might be tempted to reply not much, it's best not to let a soil scientist hear that.

To these specialists of the subterranean, dirt is what you scrape off your shoes and wash off in the shower. It may as well be a doornail or Frankenstein's monster pre-electroshock, that's how dead -- and uninteresting -- it usually is. Soil, by contrast, is teeming with life. A teaspoon of soil may contain billions of microbes, thousands of fungi species, and other creatures like tiny roundworms known as nematodes.

Now, a group of soil ecologists has zeroed in on that soil life, compiling for the first time an atlas of global soil biodiversity. Its goal: to shed light on the obscure organisms that live out of sight and underfoot and help scientists, policymakers and the public understand why the creatures matter -- to ecosystems as well as economies.

Scientists now estimate that soils contain a quarter to a third of all living organisms. As research continues, that fraction could prove to be an even larger share of Earth's species.

"It’s been suggested that soils have the greatest biodiversity," said Diana Wall, a soil ecologist at Colorado State University in Fort Collins who has studied some soil dwellers -- from Antarctica to Central Park -- for more than two decades. ''And we’ve been ignoring them in terms of what they can do for us."

Wall is the scientific chair of the Global Soil Biodiversity Initiative, a group of scientists dedicated to spreading knowledge about how to keep our soils healthy and full of life. It launched in 2011 and consists of about 820 participants from 88 countries. To craft the atlas, some of the initiative's scientists teamed up with the European Commission Joint Research Centre, which has published several regional soil atlases in recent years.

In all, the project marshaled the expertise of about a hundred scientists -- mapping soil ecosystems around the world, profiling some of their unique residents, highlighting where they could be in danger, and offering ways to protect them.

Given the incredible variety of soil organisms and the complex webs of relationships among them, the atlas isn't meant to be an exhaustive catalog of life below ground. But many groups are represented -- from bacteria to tiny insect-like creatures called springtails (or, formally, collembolans) to fungi and the more familiar earthworms, ants and beetles. Even burrowing mammals like moles aren't left out.

"[The atlas] is spectacular," said Vanessa Bailey, a soil microbiologist at the Pacific Northwest National Laboratory in Richland, Washington, who wasn't involved in the research. "I love the chapter on mushrooms … they're just so beautiful."

Thanks, in part, to new analytical technologies such as molecular tools and data and image sharing, scientists now understand better than ever the panoply of creatures that inhabit soils.

But many soil organisms remain largely unknown. For example, while researchers believe they have identified about 88 percent of vascular plant species on the planet, they estimate that they have described less than 17 percent of all springtails and less than 1.5 percent of soil bacteria species.

While some researchers race to fill in knowledge gaps about individual groups of soil fauna and where they live, others are trying to figure out where the creatures may be in danger.

The atlas documents many threats to soils and soil life the world over -- intensive agricultural production, pollution, loss of aboveground biodiversity, soil erosion, land degradation and desertification, and climate change -- and includes one of the first attempts to map potential threats to soil biodiversity on a global scale.

The map aggregates threat-related data to identify roughly where soils could be in the most trouble. It shows that the areas with the lowest level of risk are mainly in the northern part of the Northern Hemisphere, where contact with humans and their actions is relatively limited. Places with the highest risk are those with the greatest exposure to human activities including the Midwestern U.S., the Sahel region of Africa, and large parts of India among others.

Still, the map only represents potential, not actual, risk. More detailed assessments of soil organisms and their global distribution will be necessary to inform conservation efforts in more useful ways.

Those assessments are urgently needed, said Wall. That's because soil organisms are an integral part of what makes soil healthy and not just a lump of dirt. They help build and maintain soil structure -- developing tunnel networks, for example, that affect how water, gases, nutrients and energy move through the ground beneath our feet.

Those actions, in turn, can influence how well soils perform "ecosystem services" such as sustaining plants and thus providing food and fuel, storing and purifying water, suppressing plant pests, helping regulate the climate by storing carbon and even contributing to the overall form and beauty of landscapes.

The atlas highlights a number of ways that governments, land managers and individuals can help manage soils to conserve soil life and the benefits it provides. Governments, for example, could enact legislation that explicitly protects soil organisms (according to the atlas, there is virtually no such law). Big farms could practice agricultural methods like no-tillage and diversification of crops, and individual gardeners could leave parts of their yard or garden unmanaged and free of chemical fertilizers and pesticides, the authors write.

"Soil is so elemental to our stable climate system, to our stable food source, and to stable clean water," said Bailey. While governments can be responsible for large-scale interventions to preserve soil life, "I also think it's really important that we let people know that they can also make their own decisions in their own yards," she said.

"Things like this atlas can help people understand that when they take that shovelful of soil, and there are 15 earthworms crawling out of it, that means something important."

As for Wall, she and her colleagues plan to continue the research and refine their work. "There are a lot of gaps on the map of places where we still don't know much about soil biodiversity," she said.

On Monday, May 23, the Global Soil Biodiversity Initiative and the European Commission Joint Research Centre will publish the atlas, and free, digital versions will be found here. 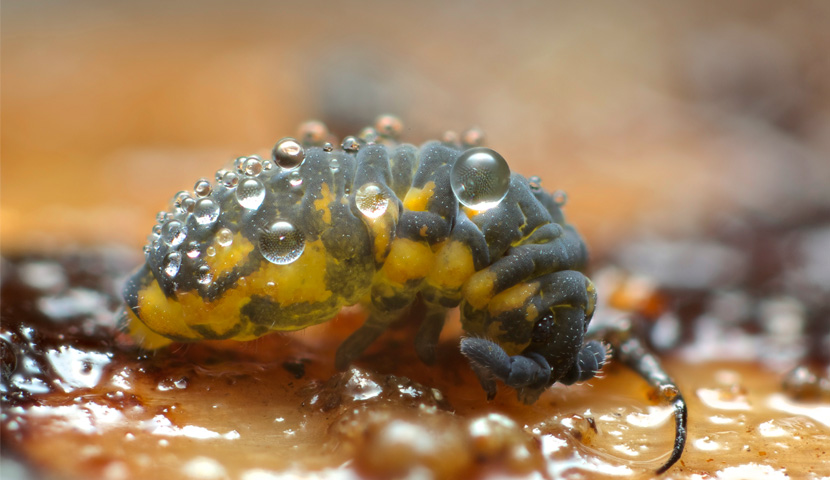 Collembolans, commonly called springtails, are found in a wide variety of habitats from Antarctica to rainforests, beaches and deserts. 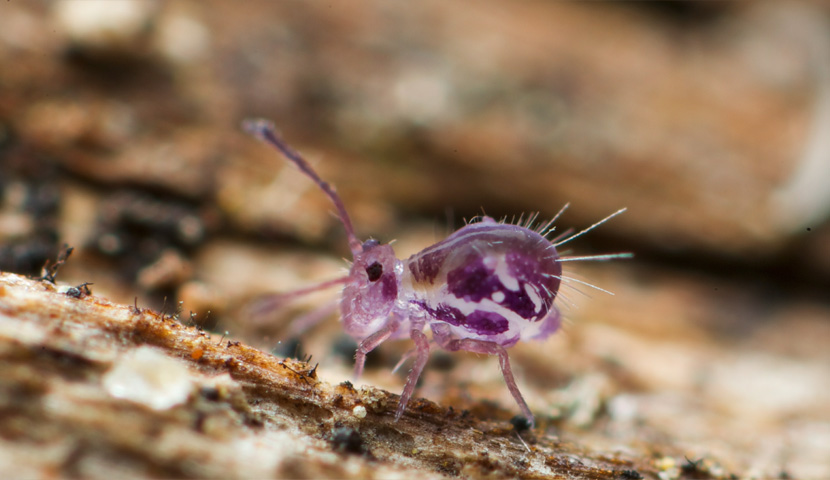 Scientists estimate that more than 50,000 species of springtails exist. So far, researchers have described 8,500 of them. 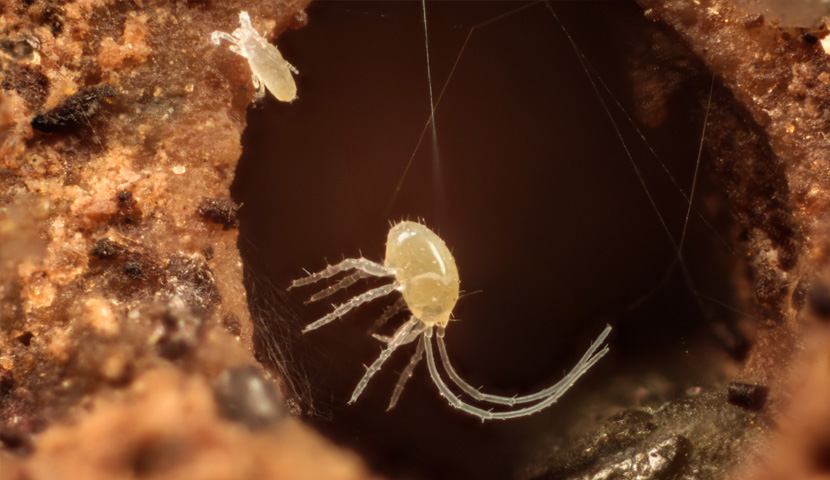 Soil mites are found worldwide. They can withstand doses of radioactivity 100 times higher than those that would kill a human being. 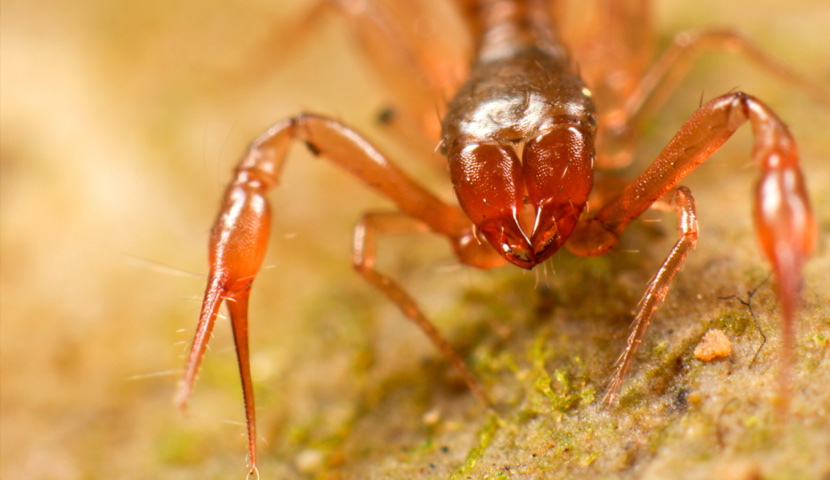 Pseudoscorpions are also known as false scorpions. They lack the long  "tail" and stinger common to scorpions.