Regular improvements in so-called optical clocks are setting the stage for a redefinition of the second and powering searches for new laws of physics. 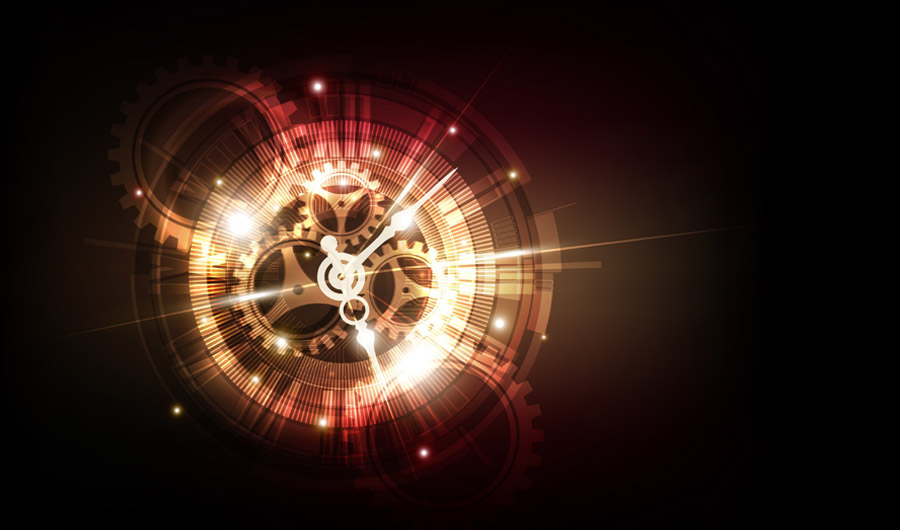 (Inside Science) -- Earlier this year, in a nondescript lab at the National Institute of Standards and Technology in Boulder, Colorado, a new clock laid claim to the title of world's most accurate. At its heart, a single positively charged aluminum ion, trapped in electromagnetic fields and cooled to near absolute zero, sets the clock's "tick-tock." The ion has been shaped by nature to absorb a very specific frequency of ultraviolet light, and scientists use it to tune a laser to that same frequency. The steady ups and downs of the laser's light wave -- more than a quadrillion per second -- mark the passage of time. 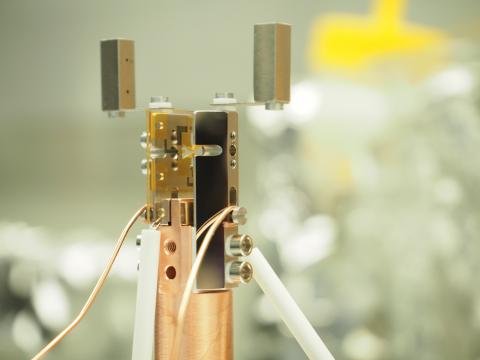 The ion trap wafer used in the aluminum ion clock.

By improving the ion trap and better characterizing the ion's motion, scientists have reached a long-sought-after level of accuracy. It would take 33 billion years for the new timekeeper to gain or lose a mere second -- 11 billion years longer than the previous record set in 2018 by a cousin clock at NIST that employs a different approach using thousands of ytterbium atoms.

Both clocks are examples of optical atomic clocks and they represent the vanguard of timekeeping science. All atomic clocks use the frequency of electromagnetic waves absorbed by atoms to set what is in effect the rate of their "pendulum swing." But optical clocks, which have been making steady gains in accuracy in the past few decades, use much higher frequency waves compared to most atomic clocks in use today. That means they can have more "ticks" per second, and so can measure even narrower slices of time, said Sam Brewer, a physicist at NIST who worked on the team that built the newest record-setting clock.

Some optical clocks -- like the new record-setter -- keep time with ions, while others rely on thousands of neutral atoms trapped by lasers in so-called optical lattices. In recent years, clocks built with new ion and lattice designs have leapfrogged each other for the title of most accurate, but the best of both are now roughly 100 times more accurate than the clocks that currently keep the world's standard time, which are based on the frequency of microwaves absorbed by cesium atoms.

Physicists are already using ultra-accurate optical clocks to test whether fundamental constants, which reflect what scientists think are unchanging properties of nature, may actually shift slightly over time. Such a shift might reveal a hidden dark matter particle or new laws of physics. About nine years ago, the clocks even demonstrated how time slows down as you move faster and speeds up the farther you are from the center of the Earth, as predicted by Einstein's theories of relativity.

The tests of relativity are "one of those things I never thought would be possible to see in a lab environment," Brewer said.

The scientific community also plans to use optical clocks to redefine the second in the coming decade or so. In addition to demonstrating high accuracy, the clocks will need to be reliable and easy enough to construct that time labs around the world can build and maintain them.

With the progress on both ion and lattice clocks still so rapid, it's hard to predict what type of system will ultimately become the new standard-bearer for time, wrote Ekkehard Peik, in an email to Inside Science. He leads the time and frequency department at the German National Metrology Institute in Braunschweig, known as PTB.

Different clocks have different strengths. Ion clocks are generally less susceptible to changes in the environment, but also more limited by a fundamental quantum "noise" in the system. That noise in a lattice clock is more quickly averaged out by its thousands of atoms.

"Since partly the advantages of the lattice clocks and trapped ion clocks are complementary, it is conceivable that timing laboratories will work with a combination of both," Peik wrote.

Brewer predicts that the new record-beating clock will have a short reign. His team at NIST is already working on a new aluminum ion clock that will likely beat the current record holder. And he said labs around the world are working on their own optical clocks -- both lattice and ion designs -- that could give the NIST clocks a run for their money soon. Still, he predicts the push for accuracy improvements may slow as more clocks reach the performance range of the new clock.

"There's so much interesting physics that can we can do with these clocks [at this performance level]," he said. " So at the moment, we are probably more focused on that."

A paper describing the new record-breaking clock was published in the journal Physical Review Letters in July.

Why Training with Heavier or Lighter Baseballs Could Help Pitchers Throw Faster
Fossil Bite Marks Show Some Dinosaurs Ate Their Own
Royal Jelly Does Not A Queen Make
What Does the Spiny Lobster Sound Like? Loud.
Tyrannosaurs' Long Legs May Have Been for Marathons, Not Sprints
END_OF_DOCUMENT_TOKEN_TO_BE_REPLACED