The large, colorful parasite has apparently been lurking there for years.
Image 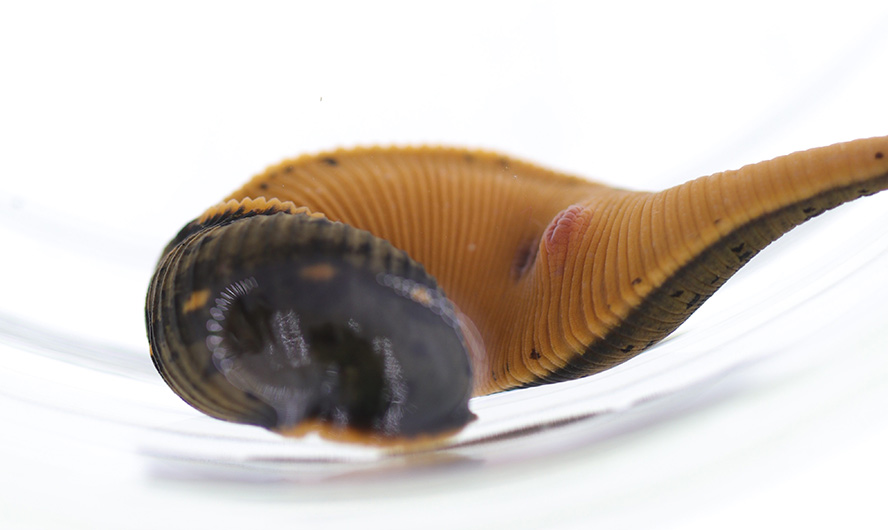 Macrobdella mimicus, a newly discovered species of leech that lives in the U.S. and will readily feed on humans.

(Inside Science) -- America has a new leech -- new to science, that is. In fact, the big orange-bellied bloodsucker has been lurking around the nation's capital all along, according to Anna Phillips, a parasitologist at the National Museum of Natural History in Washington. Phillips and her international team of colleagues describe the new species, dubbed Macrobdella mimicus, in a paper published today in the Journal of Parasitology.

Macrobdella mimicus is a type of medicinal leech, meaning it will feed on humans. Researchers have collected M. mimicus before, but they thought the leeches belonged to a different species called Macrobdella decora. The researchers had been studying the genetic diversity of M. decora, collecting specimens by wading bare-legged into wetlands.

"You make a little bit of waves, little bit of movement. And if leeches are interested in feeding, they'll come swimming up," said Phillips. When possible, she added, she will grab leeches out of the water before they bite, but some specimens still end up on her legs.

When the researchers analyzed the genetics of six leeches collected in southern Maryland, less than 50 miles from D.C., they found that the leeches were too different to belong to M. decora or any other known species. M. decora and M. mimicus look almost identical, but Phillips and her colleagues found they could distinguish them by counting the body segments between a leech's genital openings and a set of pores that release mucus during sex.

The team found more M. mimicus leeches in the wetlands of Georgia and the Carolinas, and even more when they looked at museum specimens mistakenly labeled as M. decora. The museum specimens proved that M. mimicus has been here for decades, with a range that stretches from northern Georgia to New York.

While many people are squeamish about leeches, Phillips respects them as valuable members of the ecosystem. They are used in modern medicine to improve blood flow following plastic surgery, frostbite, and finger reattachments; the FDA classified them as medical devices in 2004. And if they do attach where they're not wanted, there is no need to panic.

"You can just pull them off," said Phillips. "You don't have to burn them or salt them or do mean things to them."