By mimicking the structure of mother-of-pearl, scientists have made a glass that's less likely to shatter when hit.
Image 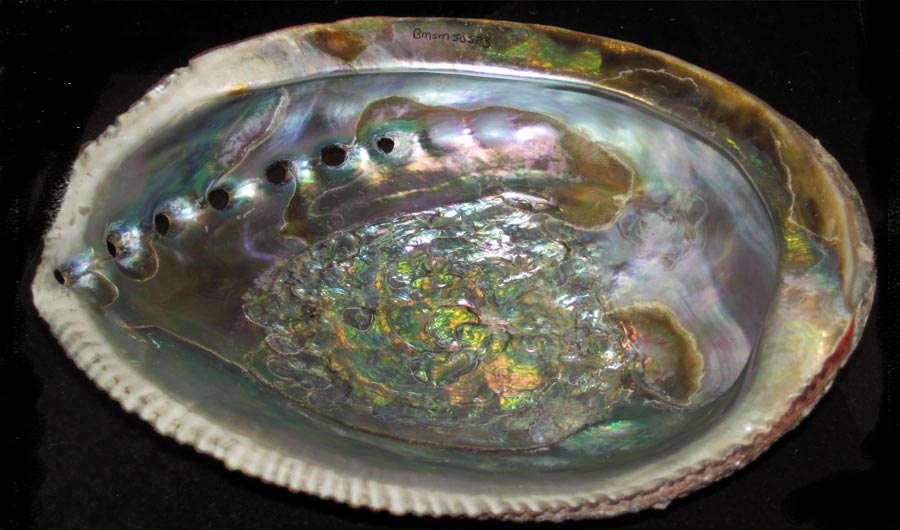 Glass's transparency and durability make it the material of choice in countless applications. But whether it's used "in a car, a building or a smartphone, glass components are always the weakest links and the most fragile in the entire system," said Francois Barthelat, a mechanical engineer at McGill University in Montreal who devised the new glass with his colleagues. Under stress, the inherently brittle nature of glass means that preexisting flaws within it can spread, triggering sudden catastrophic failure.

Strategies to make glass more impact-resistant include lamination, which bonds two or more glass plates together with thin layers of resin or other polymers in between, and tempering, which toughens glass through reheating and rapid cooling. However, Barthelat and his colleagues think they can do better by looking to nature for inspiration.

For the past 15 years, they have focused on the structure and mechanics of mother-of-pearl, an opalescent impact-resistant material, also known as nacre, that helps shield the soft bodies of mollusks from strong predator jaws. "Animals take relatively weak ingredients -- a brittle mineral, soft proteins -- and turn them into a hard yet extremely tough armor," Barthelat said.

The key to nacre's toughness lies in how the material is built like a brick wall, composed of stacked layers of flat microscopic mineral tablets mortared together by proteins. These brittle calcium carbonate bricks can slide past one another when under stress, helping nacre absorb impacts.

To mimic nacre, the researchers used a pulsed ultraviolet laser beam to etch square or hexagonal patterns onto regular borosilicate glass sheets 220 microns thick, or roughly twice the average width of a human hair. These engraved plates were then laminated with thin layers of plastic each 125 microns thick. During this process, the glass sheets are separated into individual tiles, each about 1 to 4 millimeters wide.

"Even though the structural properties of nacre have been well-known for decades, this is the first time that a research group has translated this concept to laminated glass," said structural engineer Kyriaki Corinna Datsiou at the University of Nottingham in England, who did not take part in this research but wrote a perspective article on the new research for the journal where it is published.

The years of research the scientists conducted into nacre revealed key details they wanted to mimic in their glass. For example, the tiles couldn't be too long, otherwise they would break, but if they were too short, they would also break, Barthelat said. The pattern also had to be highly precise with limited randomness, while the laminating layers had to be highly deformable, he added.

The researchers found their nacre-like glass was two to three times more impact-resistant than tempered or laminated glass and 15 to 24 times more so than plain glass. At the same time, it was only marginally less transparent than conventional laminated glass.

"Any glass scientist will tell you that shooting a powerful laser into a piece of glass is a bad idea because it will create defects and decrease strength," Barthelat said. "However, our glass is a nice example where material removal and seemingly weakening processes actually makes the material much better!"

In addition, "the fabrication method we developed is relatively easy and scalable -- one could make industrial volumes of this material very easily and at a reasonable cost," Barthelat said. Applications for this glass might include automobiles and buildings "exposed to wind-borne debris during windstorm events or to blast impact during terrorism or crime scenarios," Datsiou said.

The scientists noted their nacre-like glass was 10% to 15% less stiff than regular glass, making it more likely to buckle under pressure. To compensate, they suggested adding a plain glass plate in front of their nacre-like glass, which could increase the overall strength to up to 90% that of laminated glass.

In the future, the researchers want to make a variety of nacre-like glasses, such as curved items, or ultrathin sheets for touch screens. "We also want to develop versions of our nacre-glass that are bendable -- a thin plate of this glass would flex to large deformations, and then recover without damage," Barthelat said.

Datsiou also noted that future nacre-like glass could incorporate other features found in natural mother-of-pearl, such as the wavy shape or microscopically rough surfaces of nacre tablets. This might boost its stiffness and other qualities, she explained.

The scientists detailed their findings in the June 28 issue of the journal Science.