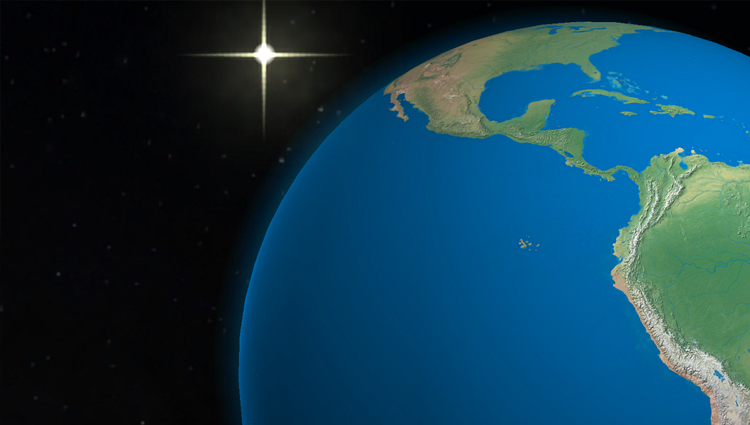 (Inside Science) -- Astronauts famously call Earth the blue planet, a reflection of its watery surface. But, if you want to understand the other special thing about our planet -- its life -- you need to look at the green. Plants produce the green pigment chlorophyll to harvest the sun's energy and make the food on which nearly all life depends.

For well over a decade, the sea-viewing wide field-of-view sensor satellite, named SeaWiFS for short, orbited Earth recording the location and amount of green it found.

SeaWiFS was launched on August 1, 1997. More than 13 years later, on December 11, 2010, communication with the instrument ceased. Last month, at the same time the space shuttle Discovery was preparing for its final flight, officials at NASA announced that the SeaWiFS mission was unrecoverable. As our manned space program winds down, a mixture of success and failure, this NASA satellite leaves a legacy of achievements that changed the way scientists understand life on Earth.

Conceived in a one-of-a-kind partnership between NASA and Orbital Sciences Corporation, a space systems engineering company, SeaWiFS was a 'data buy'. NASA provided expert advice to Orbital Sciences, but the company was responsible for the ultimate product, as well as the risk. SeaWiFS had a price tag of $42 million for the satellite's expected five-year life span, about one-tenth the cost of similar missions.

Any doubts about the role of SeaWiFS as a pioneer in space technology evaporated immediately following its launch.

"Within five minutes of turning the instrument on, data was collected, processed and up on the web. That had never happened in the history of Earth science,” recalled Gene Feldman, project manager of the SeaWiFS mission at Goddard Space Flight Center in Greenbelt, Md. The system used to acquire and distribute data was so effective that it was used in at least eight other satellite missions.

Unlike other Earth-viewing satellites, SeaWiFS carried a single instrument for simplicity and durability. The elegant design of its light-detecting sensors -- a technology called bilinear gain -- allowed it to view light that reflected off of dark ocean as well as bright land. A clever monthly flip to glance at the moon kept the sensors well calibrated.

The powerful El Nino experienced during the 1997 winter shifted ocean temperatures, changing the rainforests of the seas to deserts. SeaWiFS captured the massive event, and the ocean's recovery. Feldman explained that in just a couple of weeks the barren equatorial Pacific exploded with life.

"For the first time, we were able to watch this transition in real time. We witnessed the largest phytoplankton bloom ever recorded. It literally stretched from the coast of South America all the way past the [international] date line," Feldman said.

SeaWiFS earned the nickname "The Little Satellite That Could" for the quantity and quality of science it produced. To date, SeaWiFS data has appeared in close to 5,000 publications.

"SeaWiFS exceeded everybody's expectations," said Feldman as he reflected on the stunning images taken of our green planet.

SeaWiFS data provided the first global tally of photosynthesis showing that plants in the ocean are just as productive as plants on land. It showed that there was more life in the ocean around Antarctica than anyone thought possible and that the Southern Atlantic has more dissolved material than the North Atlantic.

Over its 13 years, SeaWiFS data revealed that phytoplankton growth has decreased in ocean gyres, but increased near coasts. Whether or not this is a decadal-scale trend or long-term swing linked to climate change is still under scrutiny. “This is one of the most intriguing findings from SeaWiFS,” emphasized Jim Yoder, oceanographer at the Woods Hole Oceanographic Institution in Mass..

High-resolution SeaWiFS data was collected by researchers at 132 receiving stations around the globe. Yoder explained that this provided an unprecedented opportunity for research with a regional focus. In the Bering Sea, SeaWiFS revealed a bloom of coccolithophores, a type of phytoplankton previously unknown in such Arctic waters, and whose presence was coupled to a decline in the salmon catch. SeaWiFS captured the expansion of dead zones at the mouths of large rivers like the Mississippi and the Yangtze, places where oxygen levels are too low for animals to breathe.

SeaWiFS even chimed in on physical Earth processes. It tracked dust storms from China across the Pacific and from North Africa across the Atlantic. It imaged volcanic eruptions, including activity at Mt. Etna that created several new cinder cones in 2001.

Around a World That Is Practicing Social Distancing
Disgust Evolved To Protect Us From Disease. Is It Working?
Lab-Grown Meat Climbs to New Heights on Scaffolds of Soy
Ethical Anguish in a Time of COVID-19
Fighting Misinformation About a Novel Disease
END_OF_DOCUMENT_TOKEN_TO_BE_REPLACED