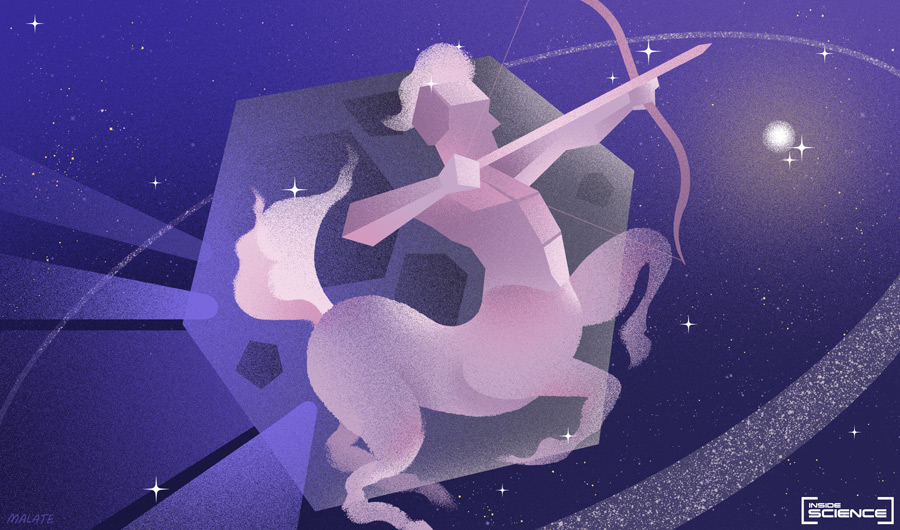 (Inside Science) -- Centaurs are among the strangest objects in the solar system. The first, dubbed Chiron, was spotted orbiting more than a billion miles from the sun in 1977 and was originally thought to be an asteroid. But a few years later it was seen emitting a halo of gas -- a "coma" -- and a tail like a comet.

This dual nature gave these weird objects their name: Seemingly half-asteroid and half-comet, they were dubbed "centaurs" after the half-human, half-horse creatures of Greek myths.

More than a thousand centaurs have now been found, and scientists have discovered a little more about them, although at such distances they remain mysterious. But centaurs may hold a key to understanding how the sun and its planets originally formed from clouds of interstellar gas.

Although the full journey hasn't yet been seen, scientists think centaurs start out as Kuiper Belt objects, or KBOs -- the "dirty snowballs," now thought to be as much dirt as snow, that orbit the sun far beyond Neptune – between 2.7 billion and 4.6 billion miles from the sun.

Scientists estimate there are millions of KBOs; many are less than 10 miles across but some are much larger, and the designation includes Pluto and other distant dwarf planets that are thought to have formed when multitudes of smaller KBOs clumped together.

KBOs are interesting to scientists in part because they are thought to be the frozen remnants of the protoplanetary disk of dust and gas that formed our solar system.

"I like to call them the dinosaur bones of the solar system," said planetary astronomer Carey Lisse of Johns Hopkins University's Applied Physics Laboratory in Laurel, Maryland. "They are roughly equal amounts of ices and rock, which is what we think is the original recipe for building the planets."

Most KBOs are so small and so distant that they are difficult to study. But any KBOs that get closer to the sun -- such as centaurs -- can give scientists a better chance to observe them and better understand the formation of the entire solar system, Lisse said.

Most centaurs are dislodged from the Kuiper Belt by the gravity of Neptune and may take millions of years to spiral into the "centaur zone" between Neptune and Jupiter. Once there they can ricochet between the giant planets.

"You can kind of imagine it as a giant pinball machine," explained Eva Lilly, a research scientist for the Planetary Science Institute who lives in South Carolina. "They get passed around between one of the big planets, from Neptune to Uranus, then from Uranus to Saturn, and so on -- and each of these interactions can alter their orbits more and more."

Lilly is the lead author of a study published recently in the Planetary Science Journal that examined 13 of the closest centaurs to learn about their often-sporadic cometlike activity. "They are really unpredictable," she said. "We don't really know when they will turn on and turn off."

Just as Sherlock Holmes once solved a mystery because a dog didn't bark, Lilly found a clue about the centaurs' composition from their lack of activity.

Although the centaurs were observed near their closest approach to the sun, they didn't show any cometlike behavior -- which suggests their occasional activity is triggered by something other than the sun directly heating up their ice until it turns into vapor, a process called sublimation.

And Lilly thinks she knows what that could be. Some models of centaurs suggest they contain amorphous water ice -- a type of ice without crystalline structure that can form only in very cold environments, and never here on Earth. Amorphous ice can trap gases like carbon monoxide between its molecules -- and Lilly suggests centaur activity is caused at relatively low temperatures by the trapped gases released by the transition of water ice from its amorphous to its crystalline form, rather than by the direct sublimation of ices.

Comets aren't active until they're relatively near the sun, but the amorphous to crystalline transition of water ice can happen as far out as the orbit of Saturn -- about 890 million miles from the sun.

The release of gases from the transition could cause sinkholes or landslides on the centaur's surface, in turn exposing chemically lightweight ices that sublimate in even feeble sunshine in a sudden outburst or explosion: "There have been centaurs in the past where we've seen this process," Lilly said. "This is what we think is happening."

Lisse, whose research has included a study of centaurs, comets and Kuiper Belt objects with the Spitzer space telescope, said centaurs have only a few million years before they fall into a giant planet -- usually Jupiter -- or sneak into the inner solar system to become comets.

The lighter ices forming the bulk of the comets are then sublimed near the sun -- "burned away," as he put it -- while the centaurs between Jupiter and Neptune still have much the same chemical composition as they did in the Kuiper Belt. That means that studying centaurs with spectroscopy or even space missions can give insights into the solar system's original composition: "I'm trying to figure out the recipe for the things that built the planets," Lisse said. "I want to know what was the original source." 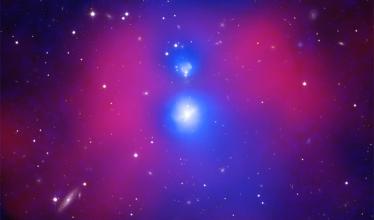