How brain chemistry makes it hard to quit.
Image 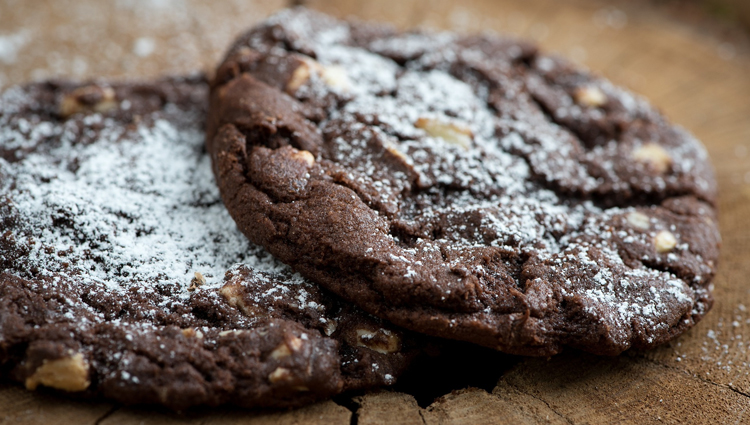 (Inside Science) -- Failed dieters may be pushed to over-eat not by their stomachs, but by their brains. The brain chemistry that makes it hard for alcoholics, drug users and smokers to quit their addictions also punishes us for trading sugar for salad, according to a new study of food consumption in rats.

The research supports those who believe that overeating can, in extreme cases, be considered an addiction comparable to drug abuse or gambling.

Some eating disorders, such as anorexia and bulimia, are already included in the Diagnostic and Statistical Manual of Mental Disorders, or DSM, which psychiatrists use to diagnose their patients.  Overeating is a controversial candidate for inclusion in the next version of the manual.

"For people who are eating way beyond their need and storing excess fat, there's a debate as to whether you want to call that a disorder of the brain," said Charles O'Brien, director of the Center for Studies in Addiction at the University of Pennsylvania School of Medicine and member of the task force for the new DSM.

Now Pietro Cottone and Valentina Sabino, co-directors of the Laboratory of Addictive Disorders at the Boston University School of Medicine, have found that feeding unhealthy food to rats can alter the same region of the brain that changes when they are given alcohol, opiates or nicotine. The work was published in the latest issue of the scientific journal Proceedings of the National Academy of Sciences.

The scientists switched a group of rats from their normal diet of boring but nutritious rodent chow to a sugary diet of calorie-dense food. After two days of decadence, the animals were returned to a healthy diet. The pampered rats no longer cared for the healthy food; they ate less of it than their comrades who had never tried sugary food.

This change in appetite also happens in people who cycle back and forth between healthy and unhealthy foods, said Cottone. They also tend lose their desire for healthy foods enjoyed by others.

But it wasn't just that the healthy food had lost its appeal. Returning to a diet of normal food affected the amygdala of each rat, the region of the brain that produces anxiety. Brain cells in this area churned out five times the normal amount of a molecule called corticotropin-releasing factor, or CRF -- the same chemical that punishes addicts who are trying to give up their drug of choice.

Relief from the anxiety-inducing chemical only came when the rats returned to a sugary diet and gorged themselves, increasing their consumption of food as compared to their first experience with it.

"This [CRF] punishment, this negative reinforcement is causing anxiety and is increasing the probability that bad behavior is performed in the future to relieve anxiety," said Cottone.

The destructive eating habits of the rats improved when Cottone treated them with a substance that blocks CRF from attaching to the brain cells. They regained some of their taste for healthy foods and reduced the amount of sugary food they ate.

Studies in the 1990s found that CRF blockers could help rats overcome exposure to drugs. For years, the pharmaceutical industry has been trying to develop drugs based on these chemicals for alcoholics, smokers and drug abusers.

Cottone suggests that they add compulsive eaters to their list of potential clientele.