Physicists Surprised To Discover Knots That Can Escape Complex Tangles

If scientists can tease out the knots' secrets, the research could help lead to treatments for heart attacks.
Image 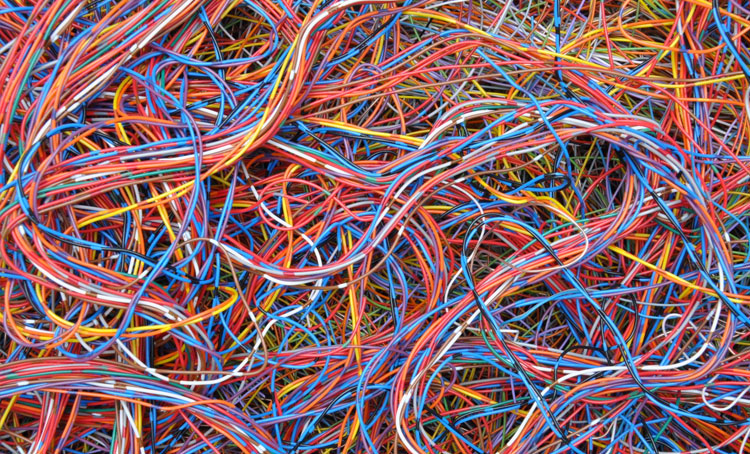 (Inside Science) -- A common nuisance of modern life is tangled earbud cords. Now, scientists have discovered knots that can untangle themselves no matter how intertwined they initially are. The researchers suggest their findings could help lead to new ways to deal with similar knots in the heart that can develop right before sudden heart attacks.

Knots do more than keep shoelaces and stitches together. Scientists investigate knots to learn more about how strands of DNA replicate and how knots of magnetic energy on the sun trigger solar flares that can influence Earth, among other things.

Mathematical investigations of knots -- an area known as knot theory -- dates back to the 1800s, when scientists thought all matter and space might be permeated with an ethereal fluid through which waves of light traveled, much as sound waves can travel through air and water. Scottish physicist Lord Kelvin suggested that atoms might be swirls or vortices of ether that were tied in knots, "with different types of knots corresponding to different atoms," said the study's senior author, Paul Sutcliffe, a mathematical physicist at Durham University in England.

Kelvin's idea concerning atoms "turned out to be totally wrong, as there is no ether," Sutcliffe noted. Still, knot theory has yielded insights on everything from chemistry to cosmology. Vortices are still researched as well. Although they do not make up atoms, knotted vortices are seen in everything from superconducting materials to the sun's atmosphere.

Sutcliffe and his colleague, Fabian Maucher, focused on vortices that were not only knotted, but also tangled -- that is, jumbled into confusing messes. Knowing whether something tangled is knotted or not is one of the fundamental challenges of knot theory, they said.

A natural knotted vortex such as a smoke ring can pass through itself. Previous research suggested that all knotted vortices could be untied into circles if they underwent such operations, known as reconnections -- imagine vortices as strings getting cut and then reconnected.

Maucher and Sutcliffe wanted to see if knotted vortices that did not reconnect could also untie themselves. They used models of vortices that can develop in the swirling patterns of electrical activity in heart tissue. Such whirls can overcome the heart's pacemaker and lead the heart to beat too fast and irregularly, triggering sudden heart attacks.

"However, for us, they turn out to be just the vortices we were looking for, as they are averse to the reconnection events that make other vortices untie themselves when knotted," Sutcliffe said.

The researchers unexpectedly discovered that all the vortices they looked at could untangle themselves even from very complex tangles without reconnection, whether they are knotted or not.

"We have found the first known example of vortices that can untangle a knot without untying it," Sutcliffe said.

It remains a mystery how exactly these knotted vortices can untangle themselves since the way in which they do so "has no obvious features that would lead to untangling," Sutcliffe said. Untangling is a rather complicated affair because one is never certain whether a move to free part of a tangle will make other parts more difficult to straighten out. As such, it is surprising that a vortex somehow "knows" about the overall nature of how it is tangled and can unravel itself, Sutcliffe said.

"Simplifying knots is a really complicated business, and you can readily find yourself stuck in some configuration that doesn't simplify," said physicist William Irvine at the University of Chicago, who did not take part in this research. "This problem has been around for centuries, and progress has been made, but there's a lot we have to learn." These findings, he said, mark the beginning of new research into how knotted vortices untangle.

"The next step is to test a few thousand types of these knots, or a few types of knots in very complicated configurations," he said. "They can see if their conjecture holds up, that all these knots can untangle themselves, and if it does, then they can go to town trying to prove it."

Understanding the dynamics governing vortex behavior could help lead to treatments for heart attacks, Sutcliffe said. In addition, "there are other physical, chemical and biological systems where the formation and untangling of knots is important -- for example, in DNA -- so more generally, the way in which vortex knots untangle may lead to some new understanding in these other systems," Sutcliffe said.

Maucher and Sutcliffe detailed their findings online in April in the journal Physical Review Letters.