Physics Knowledge Can Tilt the Odds of Roulette

An approach based on simple scientific ideas reveals how gamblers can win.
Image 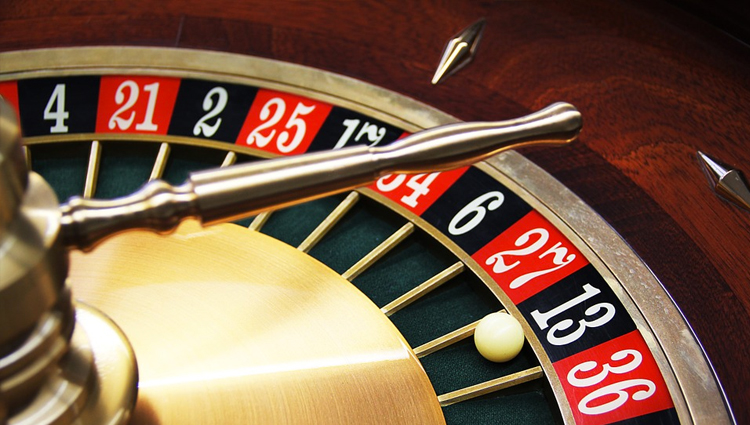 (ISNS) -- If you want to beat the house at roulette, it helps to think like a physicist.

A simple model of the motion of a roulette wheel and ball, based on physics principles and confirmed by experiments on an actual wheel, has revealed two ways of overcoming the usual odds against roulette players.

The key, the modelers found, is knowing the precise location of the ball and the relative speeds of the ball and wheel when the croupier -- the casino worker in charge of the game -- sets the wheel in motion and releases the ball.

"Knowing the initial conditions allows you to beat the odds," said Michael Small, a statistician at The University of Western Australia in Perth, who carried out the study with Chi Kong Tse of Hong Kong Polytechnic University. "In some cases you can beat them quite significantly."

The simpler method the pair tested involves careful observation and recording of the initial conditions by an individual or team of players. In experiments on a roulette wheel in a laboratory, the method produced predicted earnings of almost 20 percent instead of the expected loss of about 2.7 percent for a European-style wheel. In U.S. casinos, the odds tilt farther in the house's favor because the wheel contains one extra space.

The other approach, using a digital camera mounted above the wheel to obtain the same data, provided better predictions. But for gamblers it presents the obvious problem of how to conceal the equipment in a security-conscious casino.

And yet another factor increased the chances of beating the house even further.

"A very slight slant in the roulette table, could ... substantially enhance returns," the two researchers reported in the journal Chaos.

Small and Tse used high-school calculus and physics -- specifically the branch known as classical mechanics -- to develop their model. They wrote down equations to predict the path the ball would take once the croupier releases it.

"We extrapolate that prediction to the point where the ball hits one of the deflectors -- the raised bumps in the wheel's rim that are added to increase the random bouncing of the ball," Small explained. "Then we make a guess as to what portion of the wheel the ball is likely to land in."

The pair tested their model on a standard casino roulette wheel installed in Tse's laboratory. Small recorded on a computer the times at which the ball and a specific part of the roulette wheel passed a fixed point on the frame supporting the wheel.

"You basically press a button when the ball passes a certain point and then use that timing to make a prediction," Small said.

Predicting the half of the wheel in which the ball would settle would allow a gambler to bet on a combination of numbers with some confidence.

In 22 trials, Small and Tse predicted the correct half 13 times. Overall that would have earned them 18 percent profit on a theoretical stake, they report.

"It is clear that in principle one should be able to make some predictions, given sufficient information," said Holger Dullin of the University of Sydney in Australia. "The paper by Small and Tse did a good analysis."

The concept of using scientific understanding to beat the house isn’t new. In the late 1970s the "Eudaemons," a group of physics postgraduates, used theoretical insights and a rudimentary computer concealed in a shoe to win at roulette in Nevada in the 1970s. But since they didn’t publish their research, nobody outside their team knows the details of how they did it.

On the heels of this new research, however, J. Doyne Farmer, a group member who is now a professor of mathematics at Oxford, has written a report on the exploit that he plans to submit for publication.

"Small and Tse get some aspects of roulette prediction right," Farmer said.  "I can’t say whether their system would work, but I'm sure it is not as good as ours."

Small and Tse extended their research by taking advantage of modern technology. They mounted a digital camera directly above their roulette wheel to obtain better measurements of the physical parameters. In 700 trials, they confirmed the validity of their model and identified certain numbers on the wheel in which the ball settled preferentially.

The study suggests strategies for both sides of the roulette wheel.

"If you wish to beat the house, look for a wheel for which the ball drops only from one side of the rim – that is, a crooked table," Small said. "Prediction becomes substantially simpler and more reliable."

However, Small warned that roulette "is a game of chance. Even if the odds are in your favor, there is still a probability of losing, and losing big. In the long run you would come out ahead but you may first need very deep pockets."

And Small also has some advice for casino owners.

"Train the croupiers to spin the ball when they release it, and make sure that the tables are level and the air conditioning is working," Small said, to allow for any influence of air resistance.

Small insists that his interest in gambling is purely theoretical. He has broken even in casinos by refusing to gamble there.

"On one occasion I lost $20 on cocktails," Small recalled. "And on another I gained $20, which I found on the floor."