(Inside Science) - - Forget showing your true colors -- plants are green precisely because they don’t appreciate the type of energy that falls within the green spectrum.

Researchers have long understood that plants use sunlight to photosynthesize carbon dioxide and water into food. But they didn’t know exactly why photosynthesizing organisms such as plants appear green.

To investigate further, scientists moved outside the scope of biology and turned to physics, looking at how the individual colors that make up the full spectrum can answer these questions.

Nathaniel Gabor, a physicist at the University of California, Riverside and his co-authors of a study published today in Science built a model that reproduces the light harvesting by these organisms.

The sunlight that appears white to us contains many different colors, each with its own level of energy. The most intense type of solar light experienced on land is green, but while plants need a certain amount of sunlight to survive, they can also get too much of a good thing. Like humans, plants can burn if they receive more sunlight than they are equipped to deal with. Plants can’t just move into the shade on their own, and may get subjected to more light than they can handle if clouds suddenly lighten, or if the wind blows other leaves covering them out of the way.

The green portion of sunlight can be too intense at times, and rapid changes in clouds or other types of cover can make green light too difficult for plants to use safely. Instead, the plants reflect it -- basically rejecting green light, Gabor said.

The researchers tested this model on photosynthetic organisms of other colors. They found that purple bacteria reject purple light since that’s the strongest and most highly fluctuating type of light spectrum they receive in their habitat. Similarly, green sulfur bacteria reject a more yellowish green color because that is the strongest and most fluctuating type of spectrum they receive in the sea where they are found.

Besides reflecting light within a certain spectral range, plants also take in energy from separate portions of the color spectrum, according to the study. Depending on the light condition, plants would adapt their light harvesting strategy by switching between different portions of the spectrum. For example, under sunny, very bright conditions, a green plant would absorb energy from light further from green on the spectrum, such as violet. On the contrary, if it was cloudy, the same plant might absorb energy from light with colors closer to green, such as yellow. This flexibility allows the plants to control the amount of energy that it takes in.

The researchers behind this study are interested in using this understanding of plants to build more effective and adaptive solar panels. 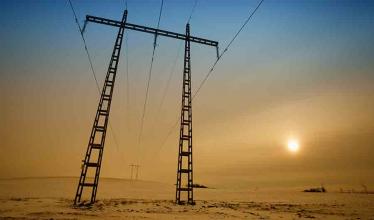