Playing Birdsongs to Save Trees

Researchers call in feathered helpers to spread the seeds of endangered plants.
Image 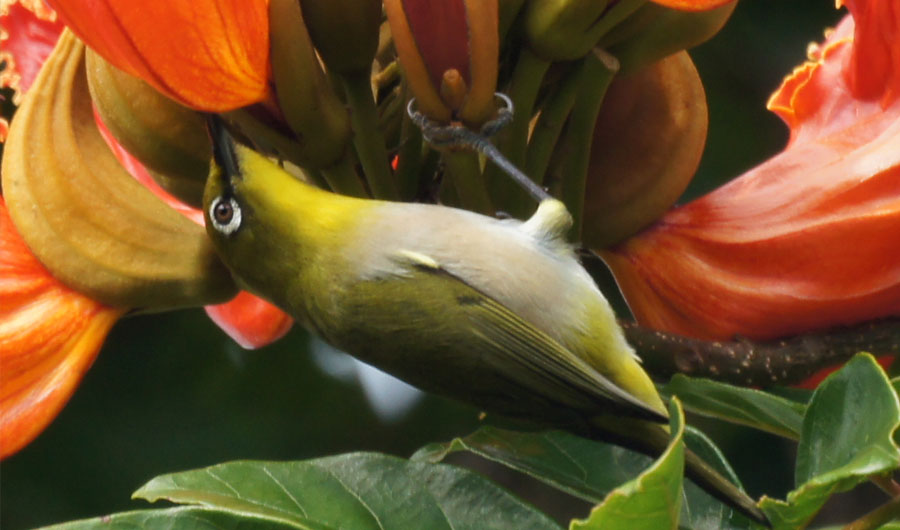 A Japanese white-eye clings to a flower on Kauai. Though not native to Hawaii, these birds may help spread the seeds of threatened Hawaiian plants.

(Inside Science) -- Ecologists call them the living dead: trees that stand across the tropics and beyond, in the midst of transformed landscapes where they can no longer reproduce. They may appear healthy for centuries, but eventually they will fall -- and then their lineage will vanish.

One reason for their dire fate: The animals some such trees rely on to disperse their seeds are making fewer and fewer visits. Sean MacDonald is working to call them back -- if not the original seed dispersers, then whatever fruit-eating animals are now available. The trick is to speak the animals' language, playing the sounds they make when they find a feast.

"All you really need is just a speaker and some batteries," said MacDonald, an ecologist at the Illinois Division of Natural Heritage in Springfield, who conducted the research while a master's student at the University of Illinois at Urbana-Champaign. 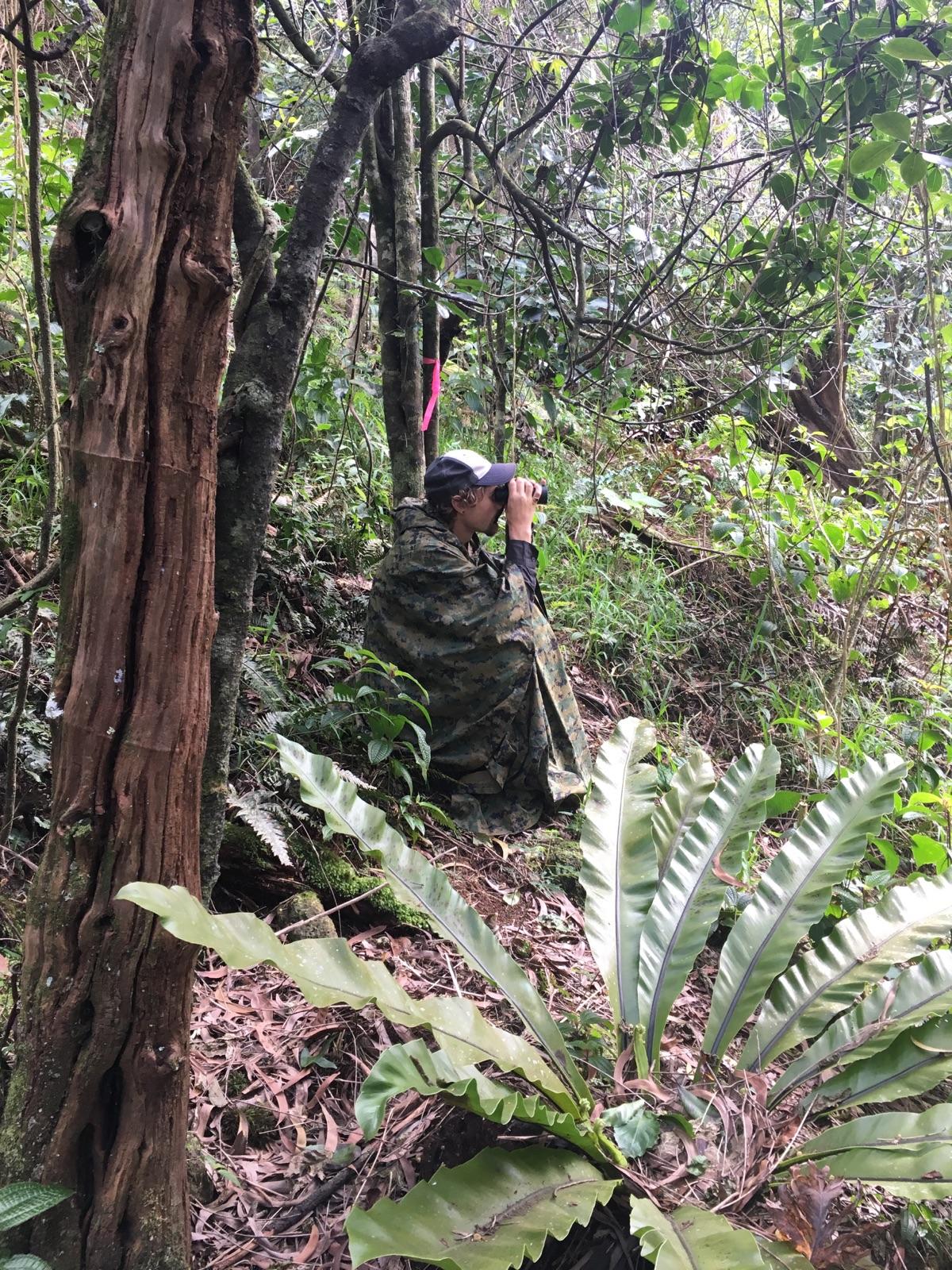 Sean MacDonald watches birds during the experiment in Hawaii

Many fruit-eating birds and mammals are social creatures that call loudly when they gather to eat. MacDonald reasoned that by playing such calls, he could attract fruit-eating animals to endangered plants, prompting them to disperse the seeds.

He tested this idea in a pilot study on the Hawaiian island of Oahu. Oahu is covered with invasive plants, and the native plants are now mostly restricted to a few remote restoration sites. All but two of Oahu's native fruit-eating birds are extinct in the wild, and none remain on the island itself. However, there are many nonnative birds capable of spreading native plants' seeds.

To encourage nonnative birds to eat more native fruit, MacDonald set up speakers at fruit trees and shrubs and played the calls of four common nonnative birds: Japanese white-eyes, red-billed leiothrixes, red-vented bulbuls and red-whiskered bulbuls. After observing each fruiting plant for an hour to establish a baseline, he played 15-minute recordings of each species' call, noting how many birds came to the plant and ate fruit during each recording sequence. He conducted the experiments at both native and nonnative plants, including six endangered plant species such as sharktail cyanea and Hawai'i horsenettle.

All four types of birds came and ate the fruits significantly more often when their own species' call was playing. The strongest response came from Japanese white-eyes, which are especially bold and curious. White-eyes showed up nearly six times more often when the speaker played white-eye calls than when it was silent. White-eyes also responded to the calls of other species.

"We've shown that, yes, you can attract birds into an area. But not only that, you can stimulate them to foster fruit removal, and potentially seed dispersal," said MacDonald. He presented the findings at the Ecological Society of America meeting in New Orleans in August.

More research will be needed to determine whether playing calls is enough to make a real difference for plant regeneration, and to figure out just how and what to play in different situations. But the approach shows promise, especially for restoration projects where people need to bring animals back into newly planted habitat, said Mark Ritchie, an ecologist at Syracuse University in New York, who was not involved in the research.

MacDonald believes recorded calls could be especially valuable in parts of the Neotropics and Indonesia, where up to 90 percent of native plants rely on animals for seed dispersal, he said. And, he added, the technique could potentially work with mammals such as monkeys.

The best-case scenario would be if animals continue to visit native trees and shrubs after the speakers are gone, said Michelle Afkhami, an ecologist at the University of Miami in Florida, who was not involved in the research. Many fruit-eating animals learn socially, so information about a valuable food source could potentially spread through a population and be passed down through generations.

Japanese white-eyes probably aren't the ideal species for transmitting foraging information long-term, said MacDonald. But such transmission might work for Hawaiian crows, an intelligent native bird that now survives only through a captive breeding program.

In closely related crow species, the young have been shown to learn crucial foraging skills from adults, said MacDonald. Previous attempts to reintroduce Hawaiian crows to the wild have failed, but MacDonald is hopeful that his bird call technique can help by guiding released birds to fruit.

If Hawaiian crows do return to Oahu, they could save many large-seeded plants that would otherwise be doomed. Roughly half of Oahu's native fruiting plants have seeds too large for any introduced bird to swallow, said MacDonald -- but such massive seeds pose no problem for crows.

Still, he said, one of the beauties of the recorded call approach is that you don't always need native species. Even nonnative animals can play valuable roles, standing in for creatures that are gone forever.