Researchers react to telescope's findings with a mix of enthusiasm and doubt. 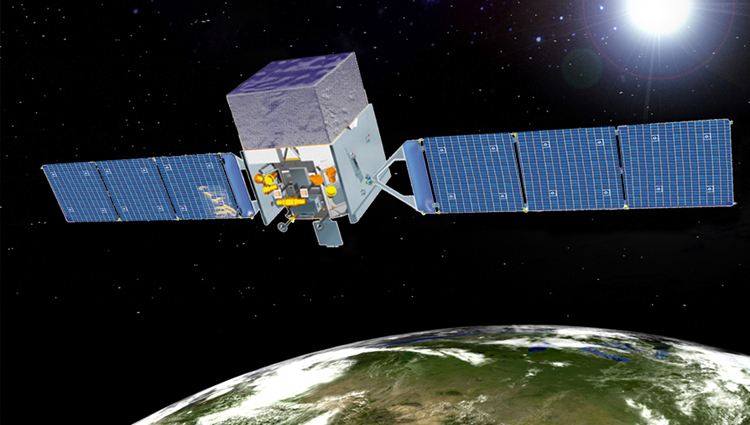 (ISNS) -- An apparent signal from the middle of our galaxy could be the evidence physicists have long been seeking for dark matter, the mysterious substance thought to represent the missing mass in the universe.

However, at the just-concluded International Fermi Symposium in Monterey, Calif., researchers were also unable to completely rule out the possibility that a problem with their telescope is the cause of the unexpected energy signature.

Roughly 80 percent of the matter in the universe is invisible, and for decades scientists have been searching for an explanation. In April scientists first saw what could be the holy grail of astrophysics, an apparent signal from particles of this dark matter.

Physicists examining data from NASA's Fermi Gamma-ray Space Telescope found an unexpected spike in very high-energy particles of light, known as gamma-ray photons, coming from the galaxy's center. Multiple independent teams have since analyzed the data and offered different explanations, but no one has yet been able to definitively say if what they're seeing is a dark matter signal, or some error in the telescope.

"I'm quite certain that we don't know yet," said Eric Charles, a physicist at Stanford and member of the Fermi telescope team. "We don't have a good calibration signal at those energies."

The potential signal excited astrophysicists because it seems to fit well with one of the leading theories of what dark matter comprises. Most physicists think that the basic building block of dark matter is an as-yet undiscovered kind of particle called a "weakly interacting massive particle," or WIMP. It doesn't interact with light, so it is completely invisible.

"It's precisely what you would expect [for] photons to come from dark matter," said Stefano Profumo, an astro-particle physicist at the University of California, Santa Cruz who wrote his own independent review of the research. "I don't think there's any [known] astrophysical process that could mimic what we're seeing in the data."

The signals are tantalizing, but there are still many lingering questions as to what they are or whether they're actually there.

"The answer really is we don't know," said Dan Hooper from Fermi National Accelerator Laboratory, in Illinois. He said he was inclined to think that what the telescope was seeing was the result of an error or imperfection in the telescope itself. "I'm not sure that it's instrumental, but that's what my instincts tell me."

Scientists at the symposium also questioned whether the signal is due to an unrecognized problem with the telescope.

Charles pointed to the fact that they were also seeing a spike in gamma rays with the same wavelength when the telescope was pointed at the edge of Earth, away from the galactic center.

Cosmic rays that bombard Earth's atmosphere make a predictable, even distribution of energy which scientists use to calibrate the instruments on the Fermi telescope. However an unexpected spike at the same energy level as the galactic signal keeps showing up every time they point the telescope at Earth's horizon.

"That's worrying," said Charles, adding that could be an indication of an instrumentation problem. The telescope keeps measuring photons with an identical energy of 130 billion electron volts, or GeV, more than 500 million times more energetic than a photon of green light. Even more confusingly, the signal doesn't show up when the telescope is pointed anywhere but at Earth and the center of the Milky Way.

Another researcher on NASA's Fermi team, Andrea Albert at Ohio State University, reprocessed the data, correcting for possible radiation damage to the telescope, and found that the line shifted slightly and dimmed. Its statistical significance was reduced and instead of a spike at 130 GeV, the spike is at 135 GeV.

"It's not ruled out completely," Albert said. "We do have reason to be concerned and suspicious about it being a dark matter line."

Where the signal is coming from has also garnered much scrutiny. Gravity should pull dark matter to the middle of the galaxy. Yet the signal seems to be coming from a few degrees away from the center.

Kanishka Rao, a physicist at the University of California, Irvine, defended the case for dark matter by calculating that there was still a 20 percent chance that the signal could have come from the center.

"It is statistically consistent that even if you have a dark matter halo at the center, you may still see a signal that is off center because there are so few photons," Rao said.

His team also found evidence in the data of a second, dimmer spike from the galactic center. He said that second signal, at 110 GeV, would also be consistent with a dark matter discovery. If two WIMPs collide with each other, there's a chance also that a collision with a third particle, known as a Z boson, would be created, robbing a little energy from one of the two photons.

Scientists have already started working on new ways to test to see if the signals are there. Fermi is already collecting more data, and it should be processed and released sometime next year. In addition the High Energy Stereoscopic System telescope in Namibia is scheduled to look at the same region of the sky in 2013.

Researchers Study Violinists To Learn How Humans Act in Synchrony
Alligators May Be Able to Survive Venomous Snake Bites
New Theory Says We’ve Been Wrong About How Bubbles Pop
Crustacean Genes May Solve Debate Over How Insects Evolved to Fly
Some Beetles Survive Being Eaten, New Study Finds
END_OF_DOCUMENT_TOKEN_TO_BE_REPLACED

COVID-19 Vaccine, Sharks and Mezcal
Crabs Use Belly Sounds To Communicate
Touring The Trinity Test Site
Protests, A Retracted Paper, and a Super-Earth Planet
Why Is an Empty Shampoo Bottle So Easy To Knock Over?
END_OF_DOCUMENT_TOKEN_TO_BE_REPLACED