An experiment half a century ago created an industry that specializes in freezing the dead. Many scientists think the chance of reviving them is slim.
Image 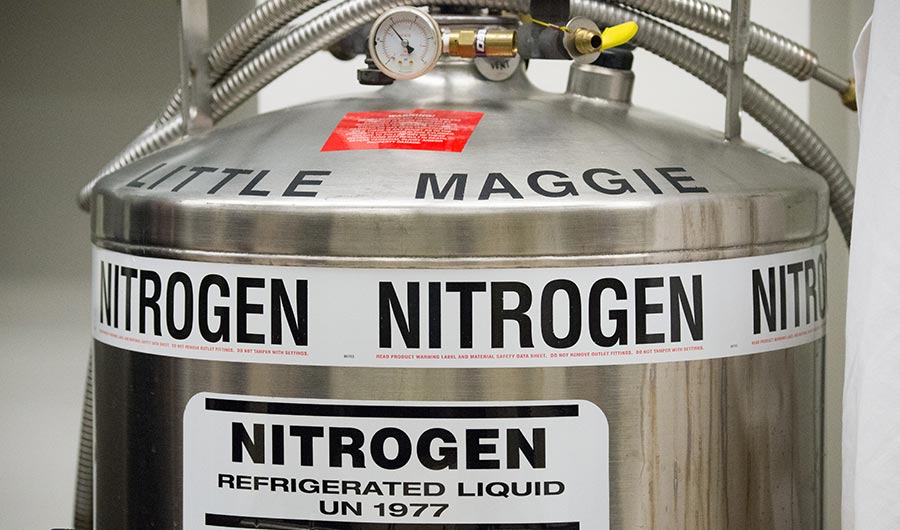 (Inside Science) -- Early in the 1960s, a group of enthusiasts advanced the concept of freezing humans as soon as they die, in hopes of reviving them after the arrival of medical advances able to cure the conditions that killed them. The idea went into practice for the first time 50 years ago.

On Jan. 12, 1967, James Bedford, an emeritus professor of psychology at the University of California, became the first person to be "cyropreserved." A small team of doctors and other enthusiasts froze him a few hours after he died from cancer.*

A few days later the team placed the body into an insulated container packed with dry ice. Later still, Bedford was immersed in liquid nitrogen in a large Dewar container. Fifteen years on, after a series of moves from one cryopreservation facility to another, his body found a home at the Alcor Life Extension Foundation in Scottsdale, Arizona, where it still resides.

By current standards of cryonics, the procedure was remarkably untidy and disorganized. Nevertheless, a visual evaluation of Bedford's condition in 1991 found that his body had remained frozen and suffered no obvious deterioration.

But as promoters of cryopreservation celebrate the 50th anniversary of Bedford's death and freezing -- known to some as "Bedford Day" -- they emphasize improvements to the freezing and preservation procedures that Bedford's experiences advanced.

The community is also undergoing a significant change in its expectations for reviving frozen patients. Rather than planning for a Lazarus-like resuscitation of the entire body, some proponents of the technology focus more on saving individuals' stored memories, and perhaps incorporating them into robots.

Beyond the cryopreservation community, however, an aura of scientific suspicion that surrounded Bedford's freezing remains.

"Reanimation or simulation is an abjectly false hope that is beyond the promise of technology and is certainly impossible with the frozen, dead tissue offered by the 'cryonics' industry," neuroscientist Michael Hendricks of McGill University in Montreal, Canada, wrote in Technology Review.

Scientists aren't the industry's only critics.

Families of individuals designated for freezing -- including Bedford's own family -- have gone to court to protest or defend loved ones' decisions to undergo freezing.

In a more recent case, in 2011, a Colorado probate judge upheld a contract that Mary Robbins had signed with Alcor over objections from Robbins' children. And last year the High Court of England upheld a mother's right to seek cryonic treatment of her terminally ill 14-year-old daughter after her death, despite the father's wishes.

Public reaction to the technology reached its nadir in New England in 2002, when court documents revealed that Boston Red Sox baseball icon Ted Williams was frozen in the Alcor facility, with his head severed from his body. Williams' son John Henry, who arranged the process, was himself frozen after he died of leukemia.

Politics has also impacted the technology's progress. In 2004, for example, Michigan's state government voted to license a facility called the Cryonics Institute, located in Clinton, as a cemetery. That move, reversed eight years later, prevented the institute from preparing bodies for cryopreservation on its own, because applying such procedures to a dead body required the services of a licensed funeral director.

The cryonics industry flatly disagrees with its critics.

Alcor asserts on its website that "[t]here are no known credible technical arguments that lead one to conclude that cryonics, carried out under good conditions today, would not work." The company adds: "Cryonics is a belief that no one is really dead until the information content of the brain is lost, and that low temperatures can prevent this loss."

Certainly the controversies have not discouraged candidates for cryopreservation.

Worldwide, more than 250 individuals are now housed in cryonic facilities, at a minimum per-person cost of about $28,000 in the U.S.

Russia's KrioRus company offers a cut-rate level starting at $12,000, with the condition that it stores several human bodies and assorted pets and other animals in communal Dewar containers. Individual contracts can specify the length of storage. At present, the U.S. and Russia are the only countries with facilities that offer human cryopreservation.

The first attempt at cryopreservation did not go particularly smoothly.

Bedford died before all preparations for his cryopreservation were complete. So instead of draining his blood and replacing it with a customized antifreeze solution to protect the body's tissues from freezing damage, the team simply injected the antifreeze into Bedford's arteries without removing the blood.

The team then surrounded the body in dry ice, and started it on a series of transfers from one container to another that ended up in a Dewar container in Alcor's facility.

Because of those difficulties, cryonics experts feared that the body had suffered serious damage. But the examination in 1991 quelled those concerns.

"We were really relieved that he was not discolored," Perry recalled. "And corners of the ice cubes [around him] were still sharp; he had stayed frozen all the time."

In recent years, cryonics promoters have borrowed from medical advances in such fields as cryobiology and nanobiology.

To prevent ice crystals from damaging cell walls in the frozen state, cryopreservationists replace the body's blood supply with mixtures of antifreeze compounds and organ preservatives -- a technique developed to preserve frozen eggs for fertility treatments.

Another emerging approach accounts for the separation of Ted Williams' head and body. Based on studies of roundworms, promoters of cryonics argue that freezing can preserve the contents of individuals' brains even if their bodies can't be revived. That opens the possibility of downloading cryopreserved personalities into a robotic future body.

Hendricks disagrees. "While it may be possible to preserve these features in dead tissue, that is certainly not happening now," he pointed out in Technology Review.

Scientists such as Barry Fuller, a professor of surgical science and low temperature medicine at England's University College, London, emphasize that even preserving body parts in such a way that they remain viable on thawing remains a distant dream.

"There is ongoing research into these scientific challenges, and a potential future demonstration of the ability to cryopreserve human organs for transplantation would be a major first step into proving the concept," he told The Guardian. "But at the moment we cannot achieve that."

Nevertheless, Perry expresses optimism about a timeline for the revival of frozen humans.

"We think in terms of decades," he said. "Sometimes we say fifty to a hundred years."

"Fifty years from now," he said, "it's likely that all that will remain of my existence will be some scientific papers and a faint memory held by my nieces and nephews and maybe, if I'm lucky, a few of my youngest readers."

*Editor's note: An earlier version of this story stated that James Bedford died from liver cancer that had spread to his lungs. The information was taken from a publication produced by the Alcor Life Extension Foundation. It was brought to our attention that other sources claim Bedford died of kidney cancer. Inside Science is unable to authoritatively confirm the cancer type and we have edited the story to remove the disputed information.