Physicists are exploring new ways to improve the accuracy of global clock networks essential to applications such as GPS.
Image 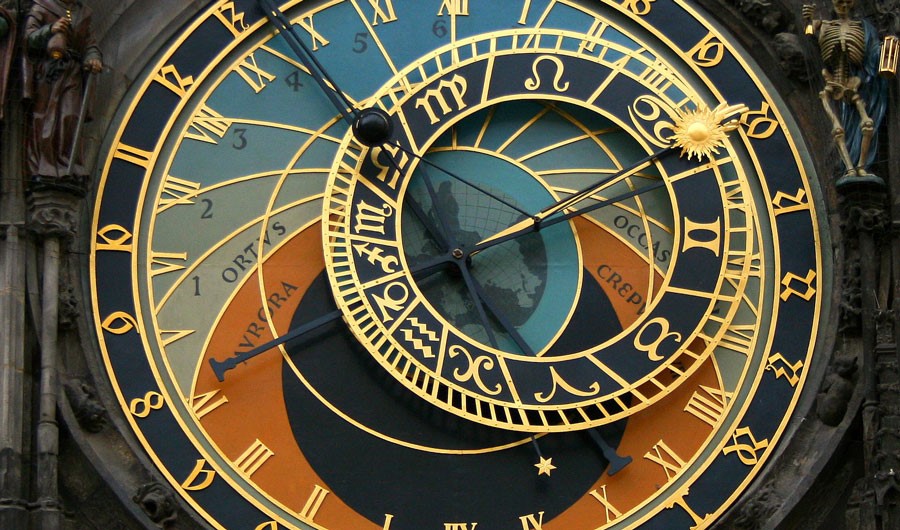 (Inside Science) -- Developing an atomic clock that's accurate to the nanosecond may seem obsessive to even the most punctual of us, but many global technologies of today, including GPS and the internet, wouldn't function properly without them. Yet physicists aren't satisfied with even that level of accuracy. Even such exact clocks can desynchronize over time, creating problems with a host of modern technologies. Now, scientists are considering using emerging quantum communication technologies to synchronize these clocks.

Synchronizing clocks to the nanosecond

An atomic clock aboard a GPS satellite can develop an error of up to 10 nanoseconds every 24 hours. Without regularly communicating with each other, clocks onboard GPS satellites would gradually desynchronize, resulting in a decrease of precision when triangulating someone's position. At a rate of roughly a foot per nanosecond of error, it would take only a few weeks before Google Maps could no longer tell Main Street from the highway.

Like many modern-day technologies, the action is happening at a scale where the fundamental uncertainties in subatomic physics play a major role in the way devices like atomic clocks operate. These timekeepers work by counting the oscillations of a group of atoms, but even though the average time it takes for a specific type of atom to oscillate is well-defined, the actual time for any single atom to oscillate is not 100 percent consistent.

For the atomic clocks aboard GPS satellites, making frequent resynchronization efforts across thousands of miles can be logistically costly. That's why computer scientists and physicists are exploring ways to improve the efficiency of and reduce the error rate for transferring time information.

It may be possible, researchers suggest in a new paper in the journal Proceedings Of The Royal Society A, to use quantum communication technology to transfer time information directly between satellites.

"The synchronization of clocks has always been done with classical communication, but more recently there have been papers that suggest quantum communication can do this better," said David Leibrandt, a quantum physicist from the National Institute of Standards and Technology in Boulder, Colorado, not involved in the project.

Atomic clocks keep time by keeping tabs on the quantum information contained in atoms inside the clock. By using quantum communication techniques, that information can be directly transferred between clocks without having to be translated into numbers first, thereby eliminating the fundamental uncertainties associated with measuring and converting quantum data into classical information. While the transfer of quantum information by quantum communication also carries error, it is likely to be much lower than the errors associated with the old technique, according to Giulio Chiribella, a computer scientist from the University of Oxford who worked with colleagues from Hong Kong and Japan on the recent paper on the subject.

They did the math to figure out "what is the minimum amount of [quantum] memory as a function of the precision we want," said Chiribella. The team's new paper laid out the theoretical groundwork for what can be gained if clock networks use the new technique, and the trade-off between resources and performance.

Clock synchronization also plays a crucial role in enhancing the bandwidth for communication satellites, and the new approach may help future satellites to be more efficient -- and therefore process data more quickly -- as quantum communication technology matures over the next few decades.

The ability to transfer time information with quantum techniques can also make future quantum computers more efficient. For processes that involve timing sequential events, the ability to transfer time information to and from quantum memories would eliminate the error otherwise accumulated from measuring and adding up individual segments of a sequence.

"The technological challenge of transferring quantum information to and from a memory is an important problem all of us are working on," said Chiribella.