Saharan insects use breakneck speeds to beat the desert heat while finding food. 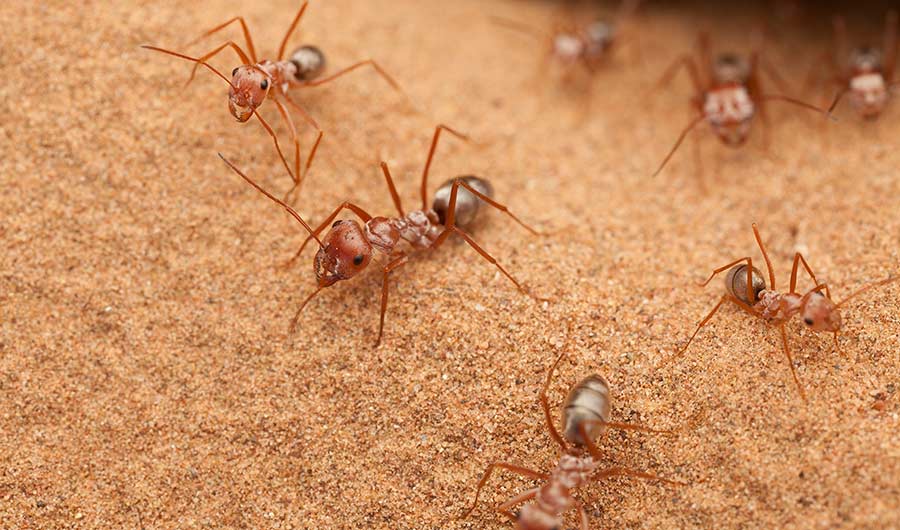 (Inside Science) -- The world’s fasted known ant can reach speeds that would make even Usain Bolt appear sluggish, and they can do this in desert temperatures that sometimes reach 140 degrees Fahrenheit.

The Saharan silver ant can reach speeds of nearly a meter per second, or 108 body lengths per second. In human terms, this body-lengths-per-second speed would be the equivalent to about 430 miles per hour if you were around 5 feet, 10 inches tall.

“They go out in midday hours, which sounds more or less crazy or absurd,” said Sarah Pfeffer, a post-doctoral researcher at the University of Ulm in Germany and the lead author of a study published today in the Journal of Experimental Biology.

While many desert creatures keep underground during the day to avoid the worst of the heat, the Saharan silver ant takes advantage of the high temperatures to avoid predators and scavenge for scarce resources. The ants mostly eat dead insects like fruit flies or locusts that may not have made it to shelter before the heat did them in.

“They need to be very fast because the Sahara is very hot and they have found a special ecological niche,” Pfeffer said, adding that not many other scavengers are out at this time. One single ant track measured 5,000 feet. In human terms that would be like someone walking more than 30 miles in the hot desert sun in search of a meal.

The researchers tracked the ants using high-speed cameras, and found that they accomplish their athletic feats by bouncing off three legs at once in tripod-like formations, resulting in a type of gallop that had their entire body off the ground between each stride. The insects can take 47 of these strides per second.

The ants still have their limits, Pfeffer said. They would succumb to the heat if their body temperatures reached about 128 degrees Fahrenheit, meaning a need for speed in finding food and hauling it back to the cool of their nest is essential.