Damselfish often end up raising young that aren't their own.
Image 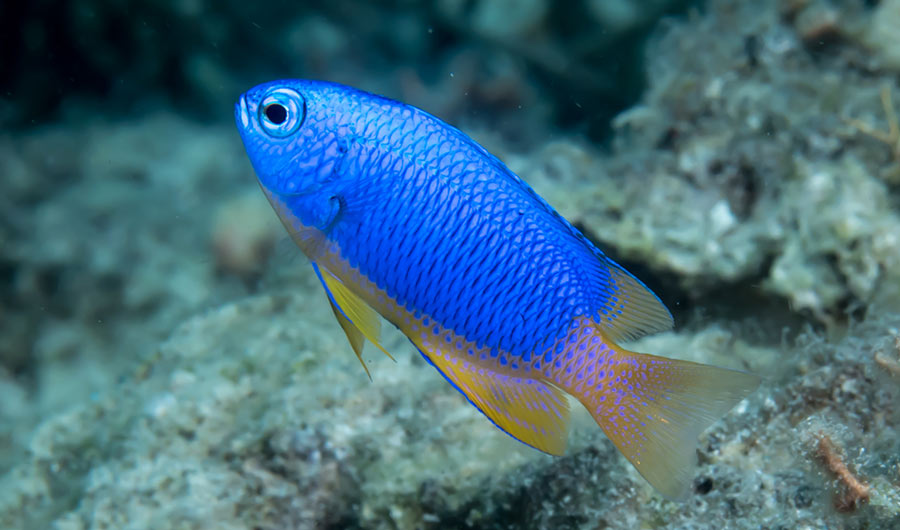 Of the nearly 400 species of damselfish, only four are known to care for their young.

(Inside Science) -- Reef fish that care for their offspring after hatching are vulnerable to being tricked into raising the young of other parents or even entirely different species.

While this activity, called brood parasitism, is well documented in birds, it is rare among fish because most don't care for their young. Instead, they release eggs and sperm into the water, where less than 1% of larvae survive. Tending them takes time and energy. But that extra investment can give offspring an advantage.

Giacomo Bernardi, a marine scientist at the University of California, Santa Cruz, studied brood parasitism in two species of coral reef damselfish in the Philippines. Only four of the 380 known species of damselfish care for their young after hatching by driving away predators and providing food from their body mucus.

"As soon as you have care, parasitism shows up," Bernardi said. "Parental care might be rare in reef fish, but all four species of damselfish that do it have brood parasitism."

Bernardi and his team used DNA samples from 719 individual fish, both adults and hatchlings, across 40 broods to identify different species and establish family relatedness.

Individual young were occasionally "adopted" into damselfish broods. While some are likely strays from nearby nests of the same species, Bernardi also thinks that species without parental care are targeting these damselfish broods for protection. Indeed, adoptees were often different species that can blend in while small.

But even within the same species, parents are looking to take advantage.

In several broods, Bernardi found groups of siblings that were the same species, but they weren't direct offspring of the parents guarding that nest. Hatchlings rarely survive without protection, so it's doubtful that a large group could move between nests. Instead, another pair of adults likely laid their own eggs within the nest, then the unsuspecting parents raised the young.

"I wanted to study the behavior because I assumed it was different species," Bernardi said. "It was even more surprising to find that it happens within the same species."

Bernardi thinks genetic studies such as this are "the only way to do it when the animals look exactly the same."

The results of this study were published recently in the journal Molecular Ecology.