Remembering The Father Of Fractals

Remembering The Father Of Fractals 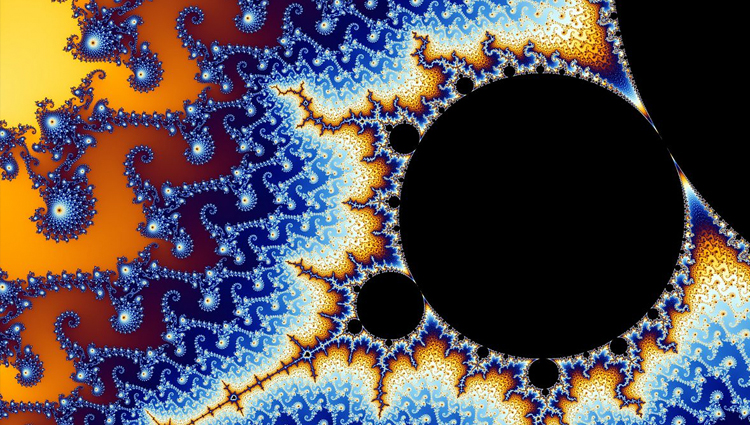 WASHINGTON (ISNS) -- Benoit Mandelbrot, the mathematics professor at Yale who coined the word "fractal," passed away on October 14 at the age of 85. His death recalls the complicated history of his life's work -- the details of which, like fractals themselves, depend on how closely one looks.
After fractals were first described by Mandelbrot in 1967, they languished unappreciated for decades, much to his consternation. Today, though, researchers today use this mathematical concept to better understand everything from the stock market and the human heartbeat to earthquakes and mobile phone antennae.
"He was a great mathematician," said Harvard University cardiologist Ary Goldberger, "but he was a polymath who was interested in all sorts of things."
Fractals are geometric shapes that can be broken down into smaller parts, each of which resembles the whole -- like broccoli florets or branches on a bolt of lightning. Mandelbrot first developed the mathematics behind fractals in order to answer a simple question: how long is the coastline of Britain?
He imagined measuring the coastline by laying yardsticks end-to-end around the perimeter of the island and counting how many would be needed to encircle it. He then imagined repeating the same process but  measuring with a stick only 2 inches long. This second measurement would be longer because a shorter stick can measure smaller indentations in the coastline.
Mandelbrot's revelation, published in a 1967 paper, was this: You can't accurately measure the coastline. Its length depends on how closely you look. Out of this paradox, he created a new way of looking at mathematically-difficult phenomena that researchers have continued to explore and develop.
"You get this mysterious combination of variability and organization that is mathematically describable," said Goldberger.
Goldberger uses fractals to help define a healthy human heartbeat. Physicians once thought that a healthy heartbeat should be as steady as a metronome, but heart traces, or EKGs, have revealed that healthy hearts are actually much more irregular. Instead of a metronome, Goldberger said, they're more like a symphony. Irregularity, he said, "is where physiology meets fractality." He believes that in order to adapt to the environment, our bodies can't be locked into one mode of functioning.
Variability in heartbeats, he said, is essential to life and repeats itself across different scales. The peaks and valleys of an EKG look the same over 10 minutes as they do over 10 milliseconds.
This similarity of fractals over different timescales also exists in patterns found in landscapes and geography. That's why photographs of rocky terrain often contain a reference object, such as a Swiss Army knife, to provide a sense of scale. Without the knife, it would be impossible to tell the size of the rock.
"That's what 'scale invariance' is," said geologist Donald Turcotte of the University of California, Davis. "Everything looks the same," and you can't tell whether you are looking at a one square centimeter of rock or a one kilometer landscape, he said.
Besides describing the appearance of the earth's surface, the mathematics of fractals also help scientists to better predict the frequency of earthquakes, floods, and other natural disasters. Mathematical models that don't use fractals tend to forecast far fewer major natural disasters than actually occur, said Turcotte. By using a fractal models, however, geologists have been able to obtain more accurate predictions of the frequency and severity of such natural disasters.
Yahya Rahmat-Samii, an electrical engineer at the University of California, Los Angeles, uses fractals to improve cell phones' ability to pick up signals. Mobile phone antenna once picked up only one radio wave frequency. In order to pick up rather faint signals, the antenna itself had to be rather large.
In the mid-1990s, though, engineers discovered that bending an antenna into a fractal-like shape enabled a miniature antenna to pick up an array of signals. Each portion of the fractal could be designed to pick up a different frequency, which has allowed cell phone companies to provide Bluetooth and Wi-Fi capabilities (all of which operate at different radio frequencies) on the same phone. The next step in fractal antenna design, said Rahmat-Samii, is continued miniaturization.
"There's a lot of room for miniaturization," Rahmat-Samii said, "because fractals come with so many different features, and there are likely some that have not been exploited effectively."
All three of these researchers have met Benoit Mandelbrot, and all three describe the late mathematician as having had a defining influence on their life's work. They also acknowledge that he was a character who at times could be as complicated as his mathematics.
"A lot of people didn't like him," Turcotte said. "He was extremely arrogant and a bit prickly. But he introduced this concept [of fractals] in the 1960s, and he didn't receive recognition for another 20 years. So if you've been fighting a battle for 20 years, I think you have the right to resent things a bit."

Severe Marine Heat Waves Linked to Human-Caused Warming
Infographic: How a Geiger Counter Works
Tumors Under Physical Stress Inside the Body May Not Respond as Well to Chemotherapy
This Long-Tailed Bird Makes Sounds With Its Feathers in Different Accents
Jeweled Orb-Web Spiders Mimic Flowers to Catch Pollinating Insects
END_OF_DOCUMENT_TOKEN_TO_BE_REPLACED