Pioneering astronomer who discovered observational evidence of the existence of mysterious dark matter in the universe dies at 88.
Image 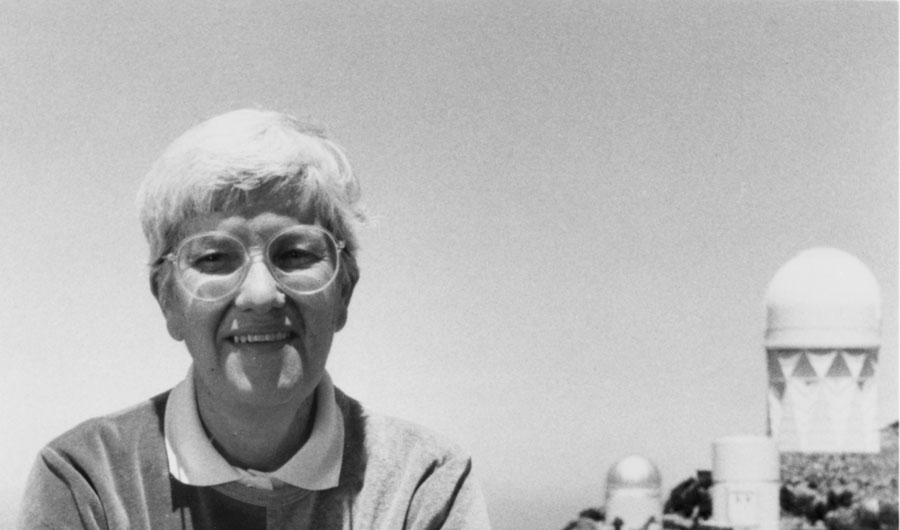 Vera Rubin with Kitt Peak National Observatory in the background.

(Inside Science) -- Pioneering astronomer Vera Rubin passed away Dec. 25, 2016 at the age of 88. Perhaps best known for discovering the discrepancy between the observed rotation of galaxies and their predicted rotation by the Newtonian laws of gravity, evidence for the existence of dark matter, Rubin was a towering figure in modern astronomy, and her work was pivotal to the ongoing investigation of dark matter.

Born to Jewish parents originally from Lithuania and Bessarabia (Moldova today), Rubin was born July 23, 1928 in Philadelphia, Pennsylvania. Rubin earned her doctorate in 1954 from Georgetown University before becoming a researcher at Carnegie Institution of Washington in 1965, both located in Washington, D.C.

During the late 1960s and early 1970s, Rubin and her colleague Kent Ford discovered the galaxy rotation problem, an inconsistency between the observed mass of galaxies and their rotations according to the existing understanding of gravity. The observed mass of these rotating galaxies was not enough to keep them from flying apart, given their speed of rotation, which thus suggested they contained some other, hidden "dark" matter within. Attempts to explain these observations have since led to modified Newtonian dynamics and modern theories of dark matter, the exact nature of which is still unexplained.

As a woman in science, Rubin challenged gender barriers throughout her career. After raising four children while simultaneously working as a researcher at Georgetown University, she became the first woman to gain formal access to the instruments at the famous Palomar Observatory near San Diego, California in 1965. In 1993, Rubin received the National Medal of Science from President Bill Clinton "for her pioneering research programs in observational cosmology". In 1996, she became the first woman since 1828 to receive the Gold Medal of London's Royal Astronomical Society. For years, many have speculated Rubin as a likely candidate to win the Nobel Prize in physics.

Rubin is survived by her sister, three of her children, five grandchildren, and great-granddaughter. All four of her children earned doctorates in science and mathematics, including daughter Judith S. Young, a noted astronomer in her own right.