In North America, water companies may lose up to 50% of water before it ever reaches customers. 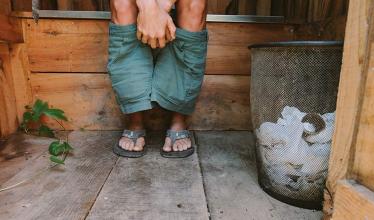 Inside the Controversial World of Composting Toilets

Newly Discovered 'Feather Duster' Worms Use Bacteria To Digest Methane in the Deep Ocean
The CRISPR War Raging Inside Bacteria
Around a World That Is Practicing Social Distancing
Disgust Evolved To Protect Us From Disease. Is It Working?
Lab-Grown Meat Climbs to New Heights on Scaffolds of Soy
END_OF_DOCUMENT_TOKEN_TO_BE_REPLACED