For years, people believed that royal jelly contained the secret to making queen bees. Turns out it’s simply the amount of food.
Image 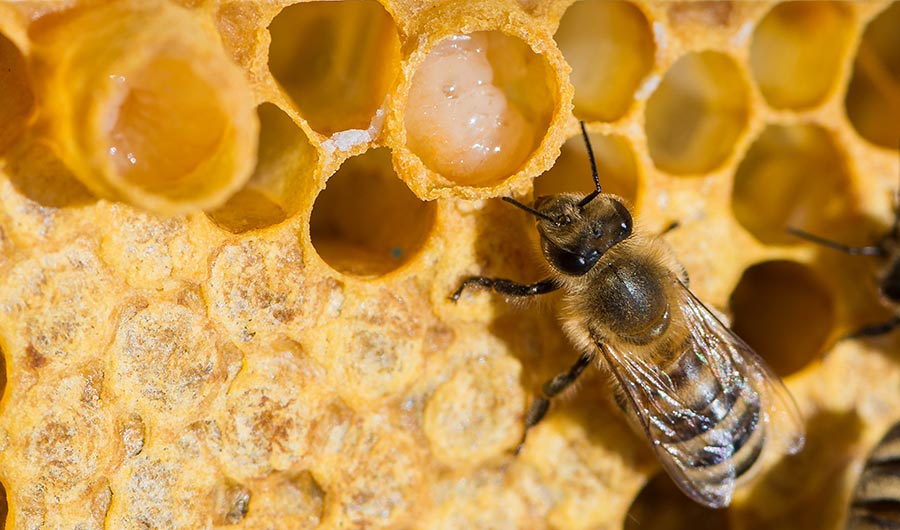 (Inside Science) -- What makes a queen? For bees, it’s long been believed that queenliness depends on a special diet of royal jelly -- a milky white secretion of protein, water and fat that oozes from the heads of nurse bees.

But a new paper shows the secret sauce to create a queen isn’t the sauce itself. It’s the amount of food that makes a larva into a queen -- the biggest and most important bee in a colony. The research was published today in the journal Proceedings of the Royal Society B.

The team of scientists, led by Julia Bowsher, a biologist at North Dakota State University, had previously studied bees from species in which each female lives alone and raises her own young. They discovered that the body size of these solitary bees depends upon the amount of food their mother gives them, so the researchers wondered if the amount of food was also important in honeybees. People had known that queen honeybees are fed more than workers when they are juveniles, but no one had systematically tested the importance of food quantity.

So the researchers conducted a controlled experiment: they raised larvae in the lab on nine different diets, with different amounts of royal jelly and sugars. The bees who gobbled the largest amount of food were indistinguishable from queens raised by the own kind in hives, and their ability to turn into a queen didn’t depend on the proportion of proteins and sugars.

This has implications for the bee industry, Bowsher said. “Beekeepers are concerned that the quality of queens has been decreasing, and many [hives] replace their queens every year,” she said. “By better understanding the conditions for raising high-quality queens, we can increase the resiliency of the commercial beekeeping industry.”