Saving African Elephants May Be Worth the Cost Economically 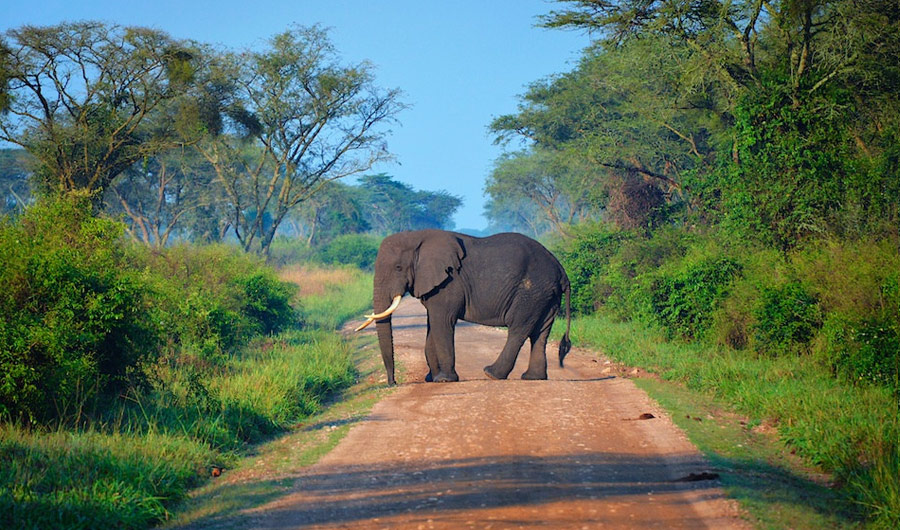 (Inside Science) -- In the last five years, tens of thousands of African elephants have been killed by poachers for their ivory and soon they may be all gone.

African countries have spent millions of dollars trying to protect the creatures with some success, in part because the elephants feed the tourist trade. Now a group of American, British and Canadian scientists have shown that in many cases, it’s worth the investment.

The added income from the tourists is greater than the cost of protecting the elephants. Each elephant in a given population increases the number of paying tourist visits by 371 percent. Without elephants, $25 million a year in revenues could be lost.

“All else equal, more elephants mean more tourists,” the researchers wrote in a paper published this week in the journal Nature Communications.

The researchers studied 261 protected areas across the continent. They studied the habitats of both populations, the forest and the savannah elephants. They found the economic effect appears only in the savannah creatures. (Forest elephants are smaller and have straighter tusks. Some, but not all, experts consider the two varieties separate species.)

The return on investment did not seem to apply in the forests. Because of the trees, the elephants are harder to see, and their protected areas are harder to get to and attract fewer tourists.

“We did not find a positive relationship between elephant density and tourist visits in Central Africa protected areas like we did in protected areas in other regions,” said Robin Naidoo, adjunct professor in the Institute for Resources, Environment and Sustainability at the University of British Columbia, Vancouver and a senior conservation scientist for the World Wildlife Fund, in an email. He wrote to Inside Science while doing field research in Zimbabwe.

The money involved in ecotourism is minuscule compared to the $597 million brought in by the ivory trade in Asia, the scientists pointed out, but the protection efforts still bring benefits to the local communities and make it worth the effort.

The researchers took the average number of annual tourist visits to 164 protected areas in the 25 countries with the most elephants (more than 90 percent of African elephants). Then they took the estimated elephant population and the estimated poaching rates. They obtained the direct and indirect spending levels in the areas and the “per unit spending necessary” to curtail poaching, and created a computer model.

“We find that the lost economic benefits that elephants could deliver to African countries via tourism are substantial and that these benefits exceed the cost necessary to halt elephant declines to east, southern and west Africa,” the team wrote in the paper. “Even if we entirely ignore other benefits that people derive from elephants their conservation is a wise investment decision for countries in the savannah regions of Africa, although not currently so in the forested regions of central Africa.”

There are other benefits too. While elephants can be a nuisance to local residents -- they are large and can be destructive -- elephants perform “ecosystem engineering,” Naidoo wrote. They modify the landscapes.

“This can be beneficial across large landscapes as the increased patchiness of the landscape can lead to increased biodiversity levels, but can be a problem when elephants are restricted to small areas,” he wrote.

Other scientists agree with the premise but think it is only part of the story.

“Yes, elephant density is correlated with tourism numbers, in the short term. And that is key for the model, but it is not really the key issue in the real world," said Ralf Buckley, international chair in ecotourism research at Griffith University, in Southport, Queensland, Australia.

"I do indeed agree with the conclusions of this model, that the financial returns from tourism amply justify the financial investment in anti-poaching and habitat conservation measures,” he said.

“Building a wildlife tourism industry, however, takes a long time,” he added in an email. “It needs political stability and security, a certain level of economic development, adequate transport and accommodation infrastructure, a manageably low level of corruption, and an international marketing network, which itself depends on destinations being well known. Uganda's tourism industry, for example, has still not yet recovered from [former and brutal dictator] Idi Amin. None of that is reflected in this model, which uses a snapshot correlation approach.”

He said he thought the forest elephants, which do not seem to benefit from the model, may be even more valuable than the savannah animals because they are scarcer. It’s less the landscape, he said, but the political history of West and Central Africa.