Whether they respond when called is another matter.
Image 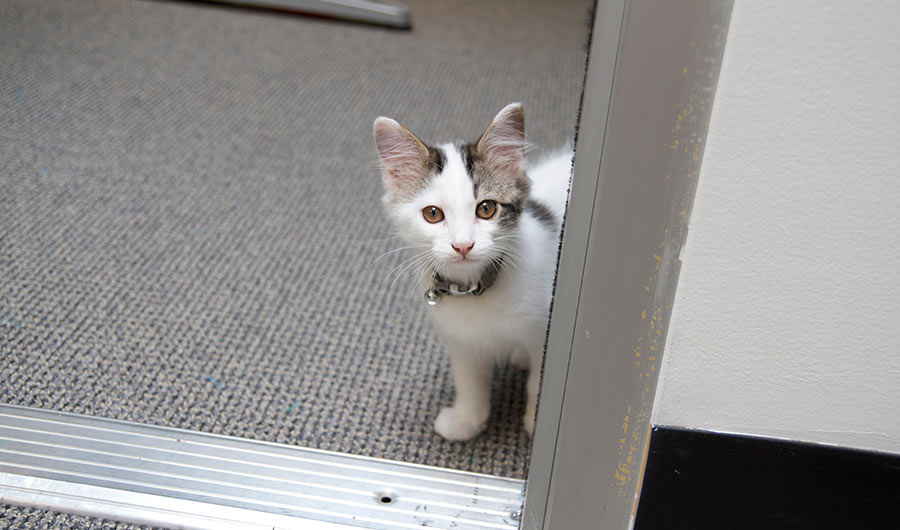 (Inside Science) -- Science has finally confirmed what cat owners knew all along: Cats know their own names.

That doesn’t necessarily mean they respond when called (another thing cat owners could have told you). Cats in the new study turned their heads and ears toward the sound of their names, but generally didn't bother to vocalize back or communicate using their tails.

The findings came from a series of experiments using 16 to 34 cats in Japan. To get in the minds of their feline subjects, the researchers first made recordings of a human voice saying four common words with the same accent pattern and number of syllables as the cat's name, followed by the name itself. For example, a cat named Kari heard the words "hifu" (Japanese for skin) and "shuto" (Japanese for capital).

Most of the cats reacted less and less to each consecutive word. But when they heard their own names, most cats reacted strongly again, twitching their heads and ears toward the speaker.

The researchers also tested what happened when the voice on the recording started with the names of other cats living in the same household. Only a few of the cats in this experiment grew accustomed to the voice, reducing their response from the first to the fourth name. But those that did grow accustomed perked up again when they heard the fifth name, indicating that they knew it was their own.

That wasn't the case for the feline residents of a "cat café" -- a business that has a large number of cats for customers to interact with. Cats in the café could distinguish their names from ordinary words, but not from the names of other cats. The researchers speculate that cats in that environment might have trouble learning their particular names, since a customer who calls one cat will probably also pet a different cat if it comes over instead. The findings were published today in the journal Scientific Reports.