Shake, Blow, Print and Paint: A Sample of This Year's Oscar Sci-Tech Awards

For one night, science and technology are the stars of the show.
Image 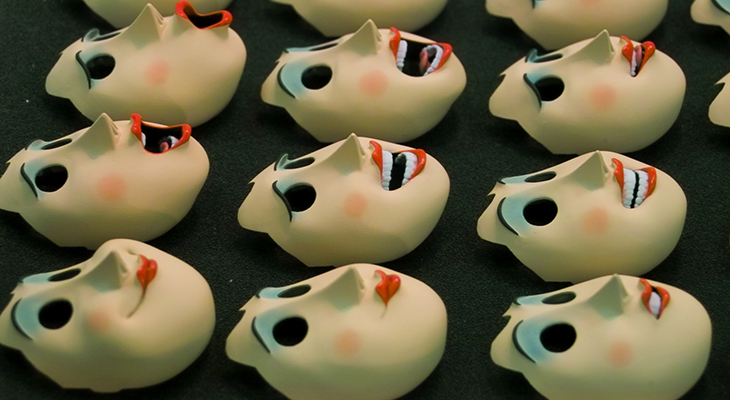 (Inside Science) -- Hollywood's scientists, engineers and artists are experts at using technology to help create movies that transport viewers out of their ordinary lives. They make earthquakes seem scarily realistic with special camera equipment, and they employ 3-D texture painting software to get the look of sweat just right. And if they do their job well, moviegoers never even notice their work. For one night, however, the spotlight is trained on these behind-the-scene players as science and technology take center stage at the Academy of Motion Picture Arts and Sciences' annual Scientific and Technical Achievement awards ceremony.

The ceremony will take place on Saturday February 13th at the Beverly Wilshire in Beverly Hills. This year, it will be co-hosted by actors Olivia Munn and Jason Segal. The two will recognize 33 recipients for 10 scientific and technical achievements that have become standards in the film industry. "With their outstanding, innovative work, these technologists, engineers and inventors have further expanded filmmaker's creative opportunities on the big screen," said Richard Edlund, Academy Award winning visual effects artist and chair of the Scientific and Technical Awards Committee, in a statement.

Here is a sampling of this year's winners. 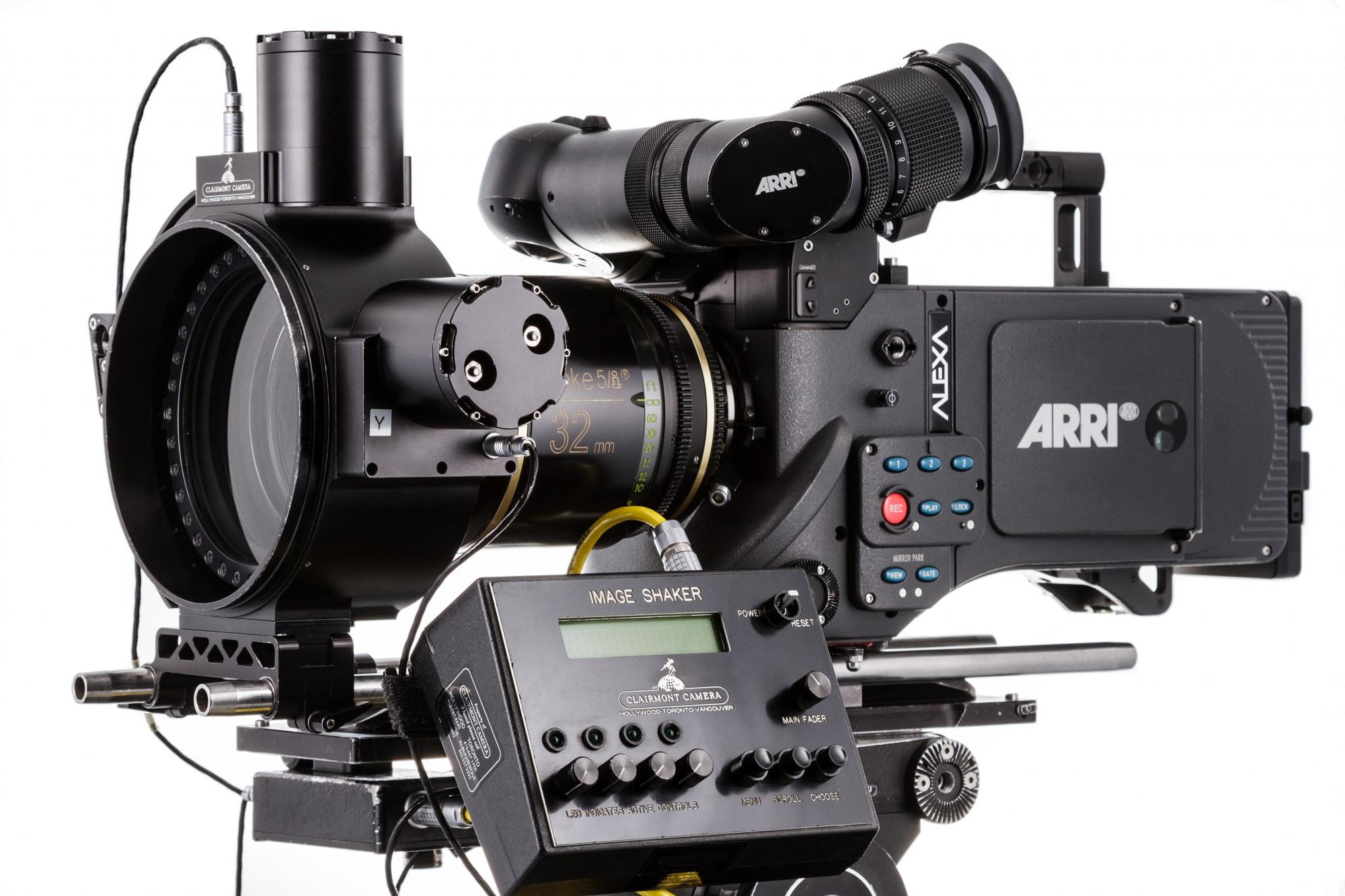 Image Shaker attached to a camera.

Explosions, earthquakes or an unexpected car collision would not look the same on film without the help of Image Shaker, which creates the illusion of the camera shaking. Attached to the camera, Image Shaker has motors and a specially-designed lens that move the image the camera "sees" up and down and side-to-side in a way that is random enough to look realistic but is also repeatable.

"In 'Saving Private Ryan' in 1998, we used Image Shaker for the beach landing scene to create tension; it was subtle, you feel it," said Michael John Keesling, director of electro-optics at Applied Minds, LLC in Burbank, California. "My goal is to produce tools for cinematographers to use, and I'm happy that cinematographers have seen my vision, found it useful and have adopted it."

The Airwall is a blow-up green screen that expands the opportunities for a film's visual effects. "Let's say you are shooting in a parking lot and you build your set, but you are supposed to be on Mars," said Steve Smith, CEO of Aircover Inflatables in British Columbia, Canada. "The Airwalls would surround the set with green or blue screen. Then, the visual effects team using computer graphics would lay in the background so that when you see the movie, you would be on Mars."

Airwall panels comes in sections that are 20 feet wide and 24 feet tall, but panels can be added to fit the scene. "It takes about twelve minutes to inflate an Airwall panel, and then the green or blue screen is attached depending on the production's needs," said Smith. "We can deflate them if the winds are too high, let them down to let more light onto the set, and we can let them down to a certain angle to accommodate the shot." 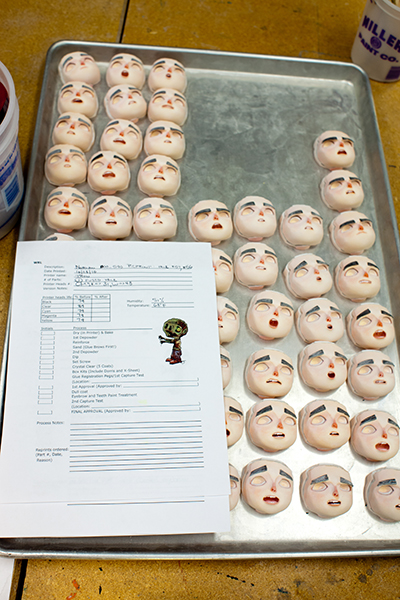 The invention of the 3-D printer provided an opportunity for the artists and engineers at LAIKA, an animation studio in Hillsboro, Oregon, to bring their characters to life more convincingly. "During 'The Nightmare before Christmas' in 1993 and 'James and the Giant Peach' in 1996, we sculpted everything by hand," said Martin Meunier, the facial animation designer on "Coraline."

But while working with the company's new 3-D printer, Brian McLean, director of rapid prototype at LAIKA, realized it could be harnessed to quickly create a wide variety of facial expressions for the characters in "Coraline." With the technique, known as rapid prototyping, he and Meunier unknowingly changed stop-motion animation and 3-D printing forever. "Having a rapid prototype machine is the equivalent of 20 sculptors working in unison," said Meunier. "The first rapid prototype test ever made was a series of 45 'Coraline' faces."

As a result, animators are now able to create more lifelike stop-motion characters.  "In the end, the team working on 'Coraline' created 300 different eyebrows and 800 mouths for her character, which resulted in over 207,000 possible facial expressions," said McLean. "In our latest film, 'Kubo and the Two Strings' -- scheduled for release in August -- there are over 44 million possible facial expressions." 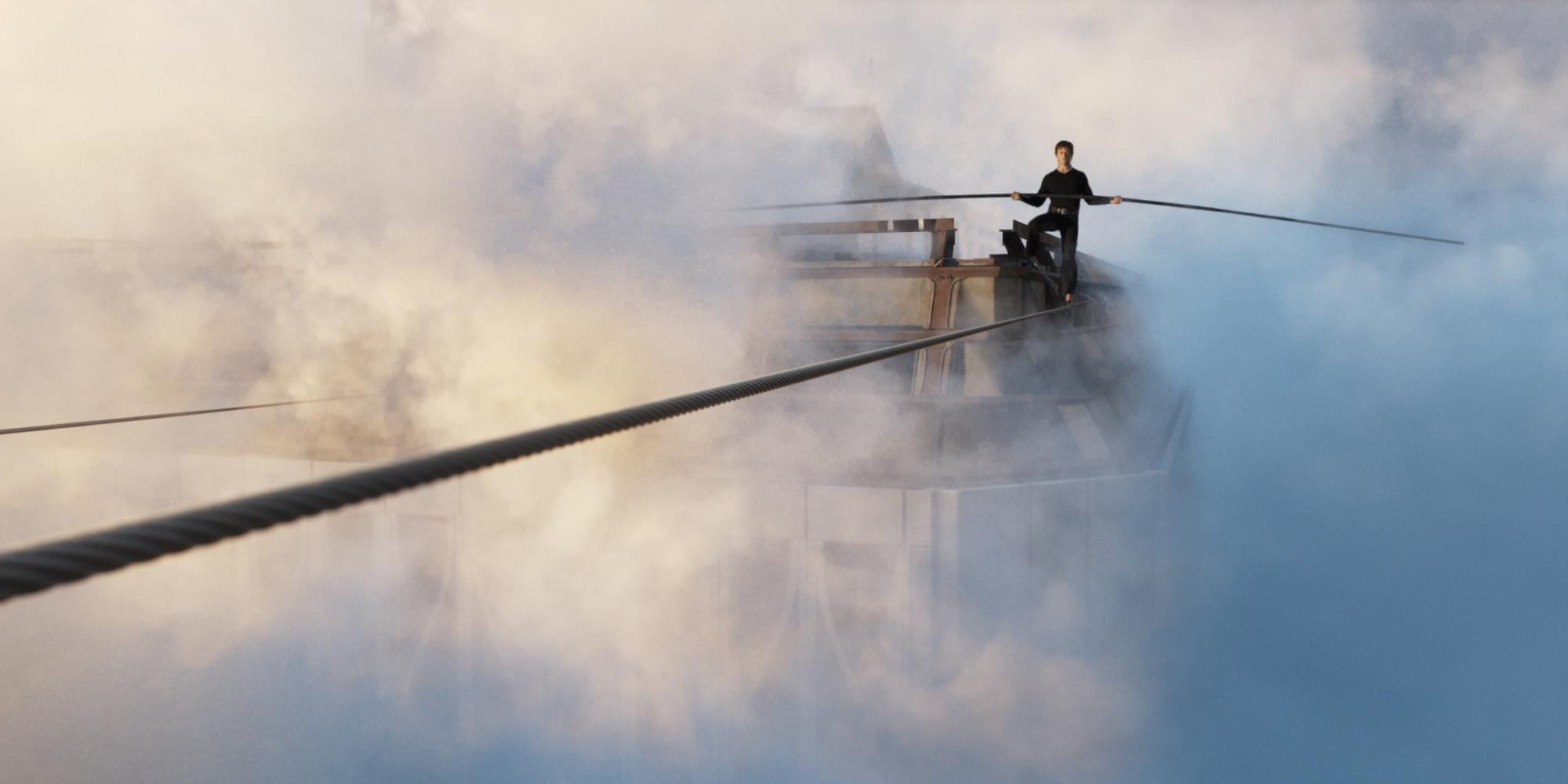 MARI software at work on the rope twists in "The Walk."

As any first grader can tell you, it is difficult enough to paint a green dragon with iridescent scales. But with MARI, a 3-D texture painting software, artists can go even further, drawing in the perfect volcanic pimple.  "Often, we don't know how the character will be used, so we paint every wrinkle," said Jack Greasley, head of new technology at the Foundry, a computer graphics and visual effects company in London. "MARI isn't just for painting color; it can create sweat on the skin and blood flow underneath the skin."

Greasley explained the dedication and attention to detail that goes into the work. "These really are works of art that can stand alone," said Greasley. "It might be super-fast motion-blur, but it is a labor of love for someone, and if it’s done right, you don’t notice."

For most of these Oscar winners, not having audiences notice their work is usually the goal. "In a strange way, I’m glad they don’t know because if they pick up on the details, we are doing our job badly." said Greasley. "If they don’t notice, that’s the best compliment."