From traditional three-leaf shamrocks to four-leaf varieties, clovers have produced mix-ups and mysteries for generations.
Image 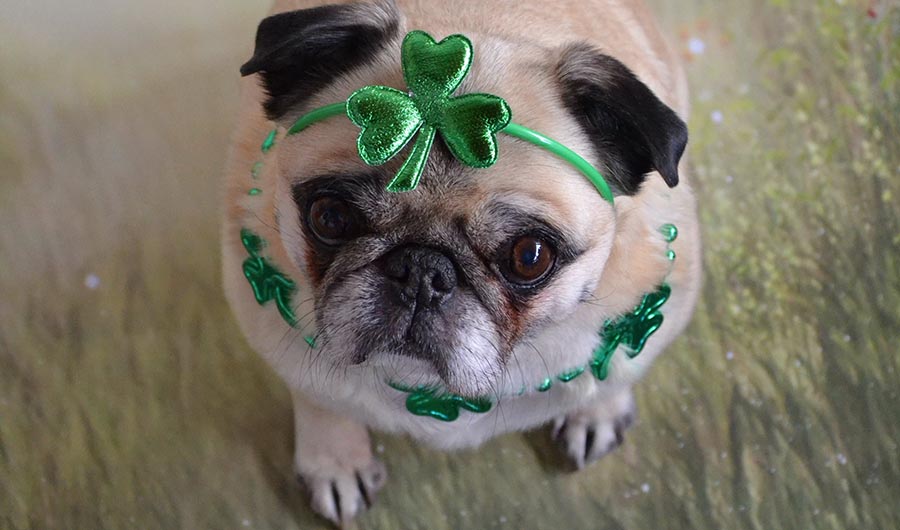 (Inside Science) -- On St. Patrick's Day, there are clovers everywhere. The three-leaf variety, the Shamrock, is a traditional symbol of the Holy Trinity used by St. Patrick to explain Christianity to pagans. It seems to be atop every green hat. But the four-leaf clover also makes its appearances during the holiday, despite being a different symbol of "luck o' the Irish" that was not historically connected to St. Patrick.

Unraveling the mysteries of the clover has been one job of Wayne Parrott, a researcher at the University of Georgia. In 2010, Parrott's lab discovered the area where the gene for the four-leaf trait is located in the genome of a common clover species -- but was not able to identify the gene itself, he is quick to point out. "You know it's inside this locked trunk and we don't have the key to open it," he said. The results were published in the journal Crop Science.

Part of the complication with the leaf trait is that Trifolium repens -- the scientific name for clover -- has four copies of every gene. So it's not always easy to figure out what each gene is doing in the plant. And even if scientists figure out the genetics, Parrott's research shows that the environment plays a big role in determining leaf traits.

Parrott said that while the four-leaf trait is interesting, there are other pressing research needs in clover genetics. "It's hard to find funding for problems that are scientifically interesting but not all that consequential," he said. Other problems like helping plants better tolerate droughts or increasing the nutrition they offer grazers take the forefront.

When people get excited about finding a four-leaf clover, they're justified; It's rare. Only about 1 in 10,000 plants grows four leaflets. One calculation estimates that to find one four-leaf clover in a field, you'd have to search every single sprout in an area covering about 13 feet square.

Parrott said his short-term goal is to get white clover, the species he studies, to be more popular as a garden-variety ornamental plant. It makes a wonderful ornamental, he said, as well as having the added benefit of being a nitrogen fixer -- so it makes the soil more fertile for other flowers or crops.

There's just one unlucky part of the plan. "We’re trying to work on a version that's not as attractive to rabbits," he said. "They love it, which is something we hadn't counted on."

Parrott's lab has more work to do in creating rabbit-deterring clover, but it has bred some special clover that contained almost all four-leaf varieties. He focus-tested the clover, expecting people to be ecstatic. To his surprise, the feedback was overwhelmingly negative: "We had taken the entire mystery and excitement out of it."

People want to work for those four-leaf clovers, he found. "The value comes from the fact they're rare, and if they're not rare, it does take the fun out," he said. He now believes that the optimal ratio of four-leaf clovers is one per 2 to 3 plants -- accessible but still a hunt. Plus, many people believe that four-leaf clovers are only lucky if they are found with effort.

Clover is widespread and common, and that's not likely to change anytime soon, said Parrott. The first plants were brought over from Europe three centuries ago and have thrived in a range of environments from Canada to South America. They're particularly useful plants in pastures in England and New Zealand. "In fact, if you have any wool clothing, those sheep were likely raised on white clover," said Parrott.

When ethnobotanist Peter Wyse Jackson was growing up in Ireland, he used to go out and collect Trifolium dubium, the lesser clover -- a delicate variety with tiny leaves -- and pin it on his lapel. This specific kind of clover is native to Europe but has migrated to America, where it has been known as a weedy invader to peoples' lawns.

Now Jackson, president of the Missouri Botanical Garden and a botany professor at Washington University in St. Louis, sees a common tricky move in the U.S.: sorrel being sold in place of clover. This deception may be just one more move in a tricky line of mix-ups. When it comes to the common mistake of conflating the religious Shamrock and the magical four-leaf clover, Wyse Jackson said it's a bit of a mixed metaphor. "It's the symbolism that's the fun thing."