Stopping The Loss Of Biodiversity

Stopping The Loss Of Biodiversity

Scientists urge the need for action at an upcoming summit. 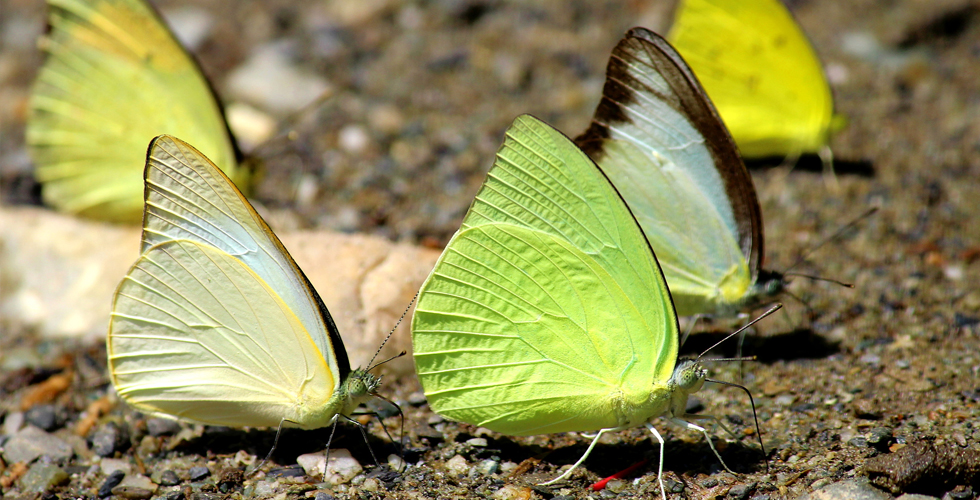 STRASBURG, Pa. -- Next month, representatives from more than 190 nations will gather in Japan at the Nagoya Biodiversity Summit to develop a global strategy for staunching habitat and biodiversity loss around the world.
The statistics are sobering: Every 20 minutes a species goes extinct. At that rate -- estimated to be a thousand times faster than pre-human impact background levels – in 300 years, half of all living species of mammals, birds, fish, reptiles and plants will be gone.
This alarming decline has not gone unnoticed. In 1992, the United Nations Convention on Biological Diversity -- or CBD -- one of the most widely ratified treaties in the world, established lofty conservation goals to be met by 2010. But since then the decline in biodiversity has not slowed. Nearly 16,000 species are still listed as threatened, with more than 200 of them described as "possibly extinct."
A new review published in Science aims to position the CBD's goals for 2020 for better success by detailing the key challenges slowing conservation efforts and by making strategic recommendations.
“Overall, conservation efforts over the past 10 years have been very inadequate,” said Leon Bennun, an ecologist and ornithologist with BirdLife International in Cambridge in the U.K. and an author on the new study. “Governments need to take conservation of biodiversity seriously this time around. We cannot fail again.”
Biodiversity has an advantage over other, more contentious environmental issues, like global warming and renewable energy, in that virtually nobody disputes high extinction rates and habitat loss.
"To my knowledge, nobody questions the fact that biodiversity is declining," said Michael Rands, an ecologist at the University of Cambridge and lead author of the new review. "From scientists to politicians to economists, everybody agrees on the urgency and importance of conserving biodiversity, but so far, nothing much has actually happened," Rands said. "In the meantime, the losses of habitat, species and resources are starting to have quite serious impacts on people’s well being, health and wealth around the world."
In their review, Rands and colleagues recommend a number of strategies for developing more effective conservation practices, including calculating concrete monetary values for biodiversity, so nations and communities are fully aware of what they stand to lose and how much they should invest to prevent such loss.
"Nature is priceless, but you can calculate values of certain ecosystem services," said Carsten Nesshöver, an ecologist with the Economics of Ecosystems and Biodiversity initiative hosted by the United Nations Environment Program, who was not involved in the new study. Pollination of crops by honeybees is worth an estimated $1.2 billion annually to Australia, and maintaining a well-forested Catskills watershed is projected to save New York state $10 billion over the next seven years in water treatment expenses.
"Especially at the local and regional levels, these kinds of concrete numbers are a valuable tool in policy and decision-making," Nesshöver said. "This strategy is not about putting a price tag on everything. It’s about showing that conservation is a sound investment."
Conservation can be expensive, Rands and colleagues acknowledge, but once resources are lost to extinction, no amount of money can restore them. Loss of natural habitat buffers often leads to disasters with a high human cost, such as famine.
"The nice thing is that conservation does work," Bennun said. "We know a lot about how to save species and protect sites and if we make the investment, we will see results."
Bennun estimates environmental aid budgets will need to increase 5-10 times in order to slow habitat and species loss. "Money is very tight everywhere but the amount of money that could make a difference is really quite small compared to what we spend on other things," Bennun said."It's also a paltry sum compared what we’ll end up paying if we continue down this destructive path."
Ultimately, the review stresses that continued loss of biodiversity will not be a price paid just by other species, but also by our own.
"Our own survival and success depends on other species," Rands said. "Mankind cannot survive in isolation. If we don’t address these staggering losses, we too will be doomed."

Dark Energy Skeptics Raise Concerns, But Remain Outnumbered
Listeria or Hysteria? Why Brits Fear American Chlorinated Chicken Imports
Genetically Engineered Virus Protects Mice Against Deadly Effects of Nerve Gas and Pesticides
Which Evolves Faster, Culture or Biology?
In About 60 Years, a 'Guest Star' May Shine as One of the Brightest in the Sky
END_OF_DOCUMENT_TOKEN_TO_BE_REPLACED