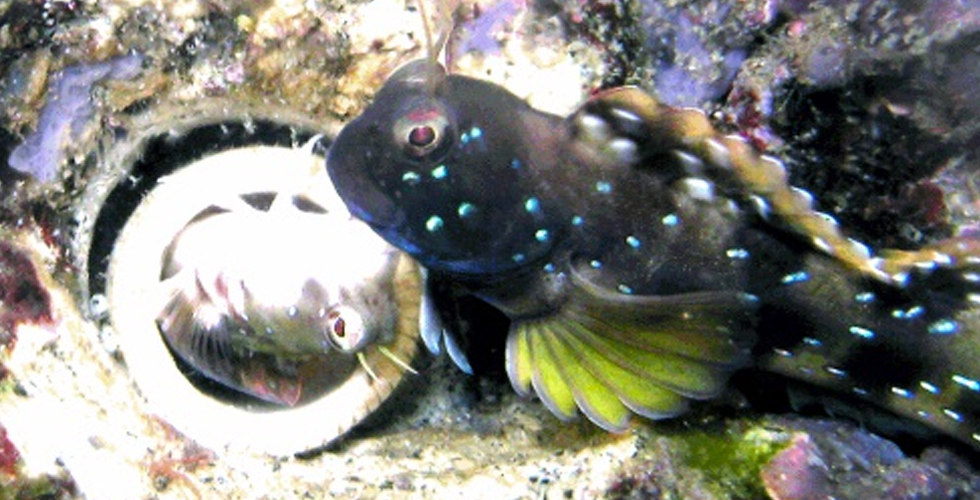 (ISNS) -- Birds do it, fish do it, even sexually ambiguous flatworms do it: all these creatures use complex strategies to win at the mating game.

Evolutionarily speaking, mating is all about who can get as many of their genes as possible into the greatest number of offspring, and for the most succeeding generations. And it's not just males fighting males over females -- in some species, males compete with females too.

"Mating is full of potential conflicts," said Lukas Scharer, an evolutionary biologist from the University of Basel, Switzerland. "It's all about who's winning and losing."

Scharer and two other research groups have recently discovered surprising mating behaviors in widely disparate species. He studies hermaphroditic flatworms -- worms so simple they don't even have a complete gastrointestinal system but which each have complete male and female reproductive systems. The other researchers described how some male fish and birds behave in order to impress females.

At the core of mating conflicts lie differences between males and females over parental investment, a mating dilemma that goes across all species, including humans. "Female reproduction is resource limited," said Nina Wedell, an evolutionary biologist from the University of Exeter, United Kingdom. "Eggs are big and nutritious and expensive to produce." Because they make relatively few of them, females reserve their eggs for the best males -- or the best sperm.

Sperm, on the other hand, are cheap and easy to make. Males bet on numbers -- the more sperm they make, and the more they spread them around, the more chances they have of producing offspring that carry their genes into future generations.

So females like males to prove their worth. Males of the splendid fairywren, a brilliantly colored Australian bird, put their lives on the line to impress the females, according to Stephen Pruett-Jones and Emma Greig of the University of Chicago. Rather than lying low when a predatory butcherbird announces its presence, a male wren will step up and sing along in a sort of daredevil duet.

The researchers saw what they called the 'scary movie effect.' When males performed their daring duets, "not only did the females become more alert, they also responded more [intensely] to the males when their calls followed the butcherbird's," said Pruett-Jones. The butcherbird calls alert females to the derring-do of the males, whose behavior under threat is an honest signal of how bold and fit they are, the researchers theorize.

The blenny, a small reef dwelling fish, displays different strategies. Graduate student Yukio Matsumoto of Nagasaki University, Japan, described how male blennies guard and care for eggs they have fertilized until they hatch, and will happily add to their stash by fertilizing eggs from new females. Females appear to rate potential fathers by their parenting skills, preferring males who are caring for younger eggs and lots of eggs.

While this may seem reminiscent of women who melt when they see men taking care of babies, it probably has a more prosaic explanation, said Matsumoto. It's all about the females protecting their eggs from predators -- including dear old dad. Safety in numbers means that if a female's eggs are mixed with many others, they are less likely to be picked off in an attack. And the younger the other eggs are, the longer they will be around to dilute the risk to her eggs.

Females may gain an additional advantage: those who visit nests later may be hijacking the judgment skills of the females who mated with the males earlier, on the principle that 'if he was good enough for her, he's good enough for me.'

If all that seems complicated, try to imagine being a creature that's both sexes at once, like the hermaphroditic flatworms. Scharer chose to study flatworms for just that reason.

"It is rather odd to imagine how a hermaphrodite might feel," said Scharer, "They force us to take a step back, exposing our pre-existing biases."

Scharer studied the male and female reproductive organs of 16 related species of flatworms, and also looked at the size and shape of their sperm. Female flatworms do an odd thing after they mate: they fold over and appear to suck out the sperm from their female receptacle. At least it appears that's what they do, as sperm tails can be seen protruding after the female has finished.

This would explain the shape of most flatworm sperm: they have long anchors in the front and barbs on the sides, sort of like cockleburs, to help them stay put. In this way, the female allows only the hardiest sperm to fertilize an egg.

However, two of the flatworms Scharer studied have smooth or almost smooth sperm. In these species, the males have short-circuited the female sorting behavior. Instead of depositing sperm into the female receptacle, they inject sperm hypodermically, right into the female's tissues. Then the sperm just have to wiggle their way to the eggs -- no sucking behavior will remove them.

"It is not necessarily romantic," said Scharer.

Left out of these three studies, said Wedell, is an altogether different male strategy, one that's practiced throughout the animal kingdom: the giving of nuptial gifts. Courting male birds win prospective mates by feeding them or building them fancy nests, butterflies put lots of nutritious goodies in their ejaculate, spider males sacrifice themselves, and some species of moths gather plant toxins, which females use to make protective veils for the eggs.

"When it comes to Valentine's Day," said Wedell, "it is important to remember that females of most species do like to get lots and lots of gifts."