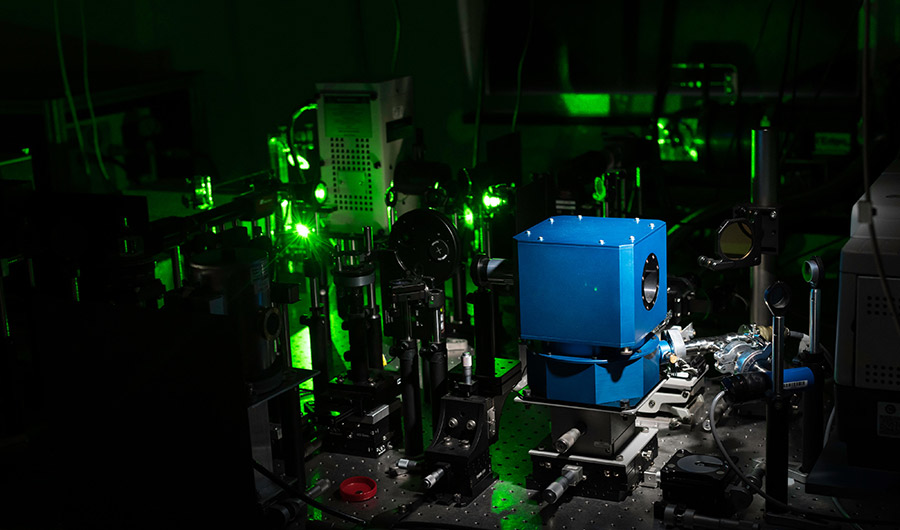 (Inside Science) -- Scientists have revealed the first room-temperature superconductor -- an extraordinary compound that conducts electricity perfectly, without the subzero temperatures such materials have long demanded.

The caveat: The new superconductor only works if the pressure is higher than pressures at which diamonds naturally form. Still, these findings may one day lead to room-temperature superconductors that work at standard atmospheric pressures, researchers say.

Resistance occurs when electrons flowing through a wire are sent off track when they bump into atomic nuclei. However, at cold enough temperatures, electrons stop repelling each other as they do in normal materials and form pairs that can withstand disruptions from the nuclei, leading to zero resistance.

"A superconductor that superconducts at room temperature is the holy grail," said study senior author Ranga Dias, a physicist at the University of Rochester in New York.

A promising contender for a room-temperature superconductor is metallic hydrogen, which theoretically forms at pressures as high as nearly 500 gigapascals, or about 4,500 times the pressure at the bottom of the Mariana Trench, the deepest point in the ocean. Given how extraordinarily difficult metallic hydrogen is to create, superconductor researchers have instead explored compounds rich in hydrogen.

For example, previous research achieved superconductivity at roughly minus 13 degrees Celsius (8 degrees Fahrenheit) with lanthanum hydride, consisting of one lanthanum for every 10 hydrogen atoms. One possible strategy toward even higher temperature superconductors was to move from binary hydrides made of hydrogen with one other element to ternary hydrides made of hydrogen with two other elements.

Now Dias and his colleagues have achieved superconductivity with such ternary compounds at 15 C (59 F). This required pressures of 267 gigapascals, more than 2.6 million times atmospheric pressure.

"These results came to me as a total surprise," said Artem Oganov, a crystallographer at the Skolkovo Institute of Science and Technology in Moscow, who did not take part in this research. "A breakthrough in high-temperature superconductivity appeared where it was not expected."

The researchers created the superconductor by first squeezing carbon, sulfur and hydrogen between diamonds at pressures of 4 gigapascals. They shone green laser light at this mixture for hours at the same time to trigger chemical reactions, synthesizing carbonaceous sulfur hydride crystals up to 80 microns wide, or nearly the width of an average human hair. The amount of superconducting material produced comes to picoliters (the average grain of sand is roughly 10,000 picoliters in size). They next squeezed the crystal even harder with the diamond anvils and monitored its properties at up to 275 gigapascals.

Diamonds often cracked during the experiments. "You'd hear the sound of a diamond popping, and, well, there goes $3,000," Dias said.

The researchers think that adding elements such as carbon, sulfur or lanthanum to these hydrogen-based superconductors can essentially compress the hydrogen atoms within these materials. This could help superconductivity occur at lower pressures than those needed with metallic hydrogen, Dias said.

The new superconductor's molecular structure remains uncertain, since the extreme pressures involved made it difficult to probe the sample. The researchers suggested the crystal may be made of hydrogen, methane and hydrogen sulfide molecules.

This new success with a material containing sulfur and hydrogen follows earlier work that found superconductivity in trihydrogen sulfide, said Eva Zurek, a theoretical chemist at the State University of New York at Buffalo, who did not participate in this study. The presence of carbon is interesting because the strong bonds that carbon atoms form with each other raise the possibility that this new material could remain stable at lower pressures, she added.

Superconductivity may be possible at even higher temperatures. Separately, materials chemist Russell Hemley at the University of Illinois at Chicago and his colleagues have found dramatic reductions in electrical resistance in a lanthanum-based hydrogen-rich compound at roughly 275 C (530 F) and 200 gigapascals. This may suggest "hot superconductivity," Hemley noted.

Dias and his colleagues now aim to create room-temperature superconductors that, like diamonds, form at high pressures and high temperatures but are stable at room conditions. "We hope this will lead to a new century of superconducting," said study co-author Ashkan Salamat, a physical chemist at the University of Nevada, Las Vegas.

Dias and Salamat have started a new company, Unearthly Materials, to help create room-condition superconductors. They and their colleagues detailed their findings in the Oct. 15 issue of the journal Nature.