A Tabletop Experiment For Quantum Gravity

Researchers' experiment could test concepts of quantum gravity and reveal a potential key to a "theory of everything."
Image 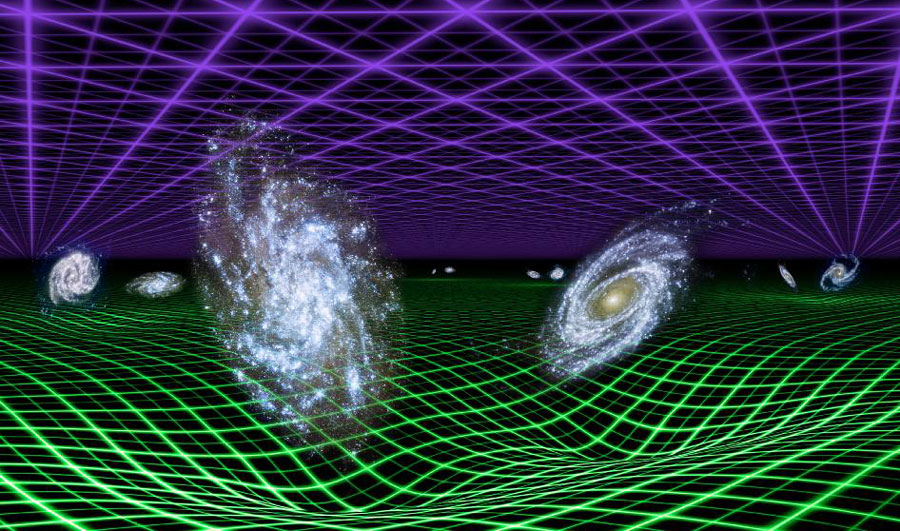 (Inside Science) -- Quantum mechanics can explain all the known forces of nature except gravity. Now researchers suggest the first tabletop experiment to potentially reveal whether gravity also behaves in a quantum way. The results of this work could help scientists figure out how black holes work and how the universe was born, as well as perhaps bringing them a key step closer to a "theory of everything."

Currently, scientists have two disparate theories that can mostly describe every aspect of how the universe operates at both its tiniest and largest scales. Quantum mechanics can explain the behavior of all the known particles, while general relativity describes the nature of gravity and the fabric of space and time.

Quantum mechanics suggests that atoms and other building blocks of the cosmos can behave in a surreal manner -- for instance, they can behave as both particles or waves, or exist in states of flux known as "superpositions" where each can spin in opposite directions at the same time. General relativity suggests the greater an object's mass, the more it distorts space-time, which strengthens its gravitational pull.

If scientists can show that gravity acts in a quantum manner, similar to how light waves also behave like photons, this could help scientists to devise a "theory of everything" that explains all the known forces. It could also help find answers to some of the greatest mysteries in the universe. One example is the behavior of infinitely dense regions known as singularities, thought to exist both within black holes and at the Big Bang at the very beginning of the universe. A better understanding of how space-time works at infinitesimal quantum levels could help explain what happens inside singularities.

"We may be able to understand whether the universe began with a Big Bang, or if there was a universe before the Big Bang," said study co-lead author Sougato Bose, a quantum optics researcher at the University College London.

However, gravity is so much weaker than other known forces that designing experiments to see if gravity is quantum is challenging. Scientists have measured gravitational fields from planets and stars before, but it is extraordinarily difficult to measure the minuscule gravitational pulls between microscopic quantum-scale objects. "So far technology has been unable to provide an experiment that could probe whether gravity displays quantum effects," said quantum physicist Chiara Marletto at the University of Oxford in England.

Now researchers suggest a tabletop experiment to potentially reveal if gravity is quantum. It aims to do so by seeing if gravity can generate a quantum link known as "entanglement" between particles, such that one particle can instantaneously influence another particle no matter where it is in the universe.

"The idea of testing quantum nature of gravity has been sought by many, but a concrete tabletop experiment has been lacking," said study co-lead author Anupam Mazumdar, a quantum gravity researcher at the University of Groningen in the Netherlands. The scientists detailed their concept in a study accepted by the journal Physical Review Letters.

The experiment involves two spherical crystals, such as diamonds, that are each about one hundredth of a billionth of a gram in weight and roughly 2 microns wide, or about one-fiftieth the diameter of the average human hair. In the center of each crystal is an artificially introduced defect known as a nitrogen vacancy center, because nitrogen atoms are located near these defects.

The crystals are separated by at least 100 microns and kept aloft by laser beams. Magnets and microwaves set the spinning of the particles in their defects in a state of superposition. These crystals are cooled so that heat does not disrupt these superpositions. They are also kept in vacuum so that atoms do not collide with and disturb the crystals. This way the crystals can only interact with one another other than their gravitational pulls.

The scientists then let these crystals fall at the same time. If gravity can indeed behave in a quantum mechanical manner, then the gravitational pull each crystal exerts on the other should entangle them together.

To measure the potential entanglement, the researchers then shine lasers on the crystals at the end of the drop. If the particles in the defects are spinning one way, they will fluoresce, and if they spin the other way, they will not. If the spins are in sync in these separate crystals more often than chance would predict, "then the masses must be entangled," Bose said. And "if the two particles can become entangled only via the action of gravity, then gravity itself must be quantum," said Marletto, who proposed a similar experiment with her colleague Vlatko Vedral.

This experiment should be possible with upcoming technology, although when it might get carried out "is difficult to predict," Mazumdar said. According to Mazumdar, to perform this experiment, the researchers will need to cool the micro-crystals down to at least minus 196 degrees Celsius (minus 321 degrees Fahrenheit) and to generate a vacuum a few orders of magnitude purer than currently attainted to date.

If the eventual experiment does not find entanglement, that does not necessarily mean gravity is not quantum. Electromagnetic interactions or some other source of interference might prevent any gravity-triggered entanglement, Marletto said.

Still, if the experiment does prove gravity is quantum, subsequent research can test which competing models of quantum gravity work best. Since different models of quantum gravity may predict different amounts of entanglement, between the masses, it would be interesting to see if the experiment may support some models and rule out others, Marletto said.