When Tasmanian devils flourish, so do the small mammals preyed upon by feral cats.
Image 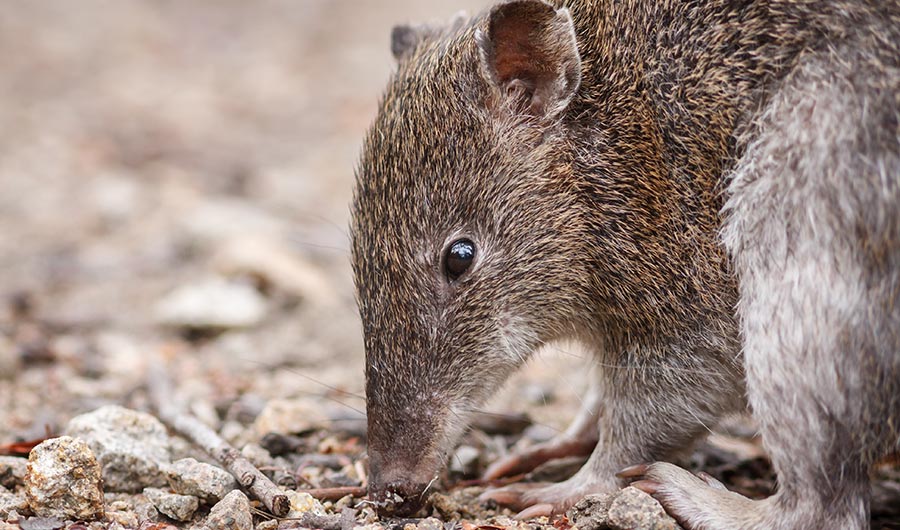 (Inside Science) -- According to new research, the devastating Tasmanian devil facial tumor disease can have downstream effects on smaller animals. This includes the rodent-sized marsupials called bandicoots that have at least until recently been protected in Tasmania from invasive cat predators, precisely because of the presence of Tasmanian devils.

“It shows that devil’s facial tumor disease is not just an issue for devils. It’s an issue for the larger ecosystem,” said Calum Cunningham, a postdoctoral researcher in natural sciences at the University of Tasmania and the lead author of a study published recently in Ecology Letters.

Invasive cats introduced by humans have had a massive impact on native mammals, birds and reptiles in Australia. Cunningham said that approximately 30 mammals about the size of southern brown bandicoots, a small marsupial living in both Tasmania and mainland Australia, have gone extinct due in large part to cats and foxes. While these bandicoots aren’t endangered in Tasmania, they are on the mainland.

The facial tumor disease is a type of deadly cancer that has caused about an 80% decline in the population of Tasmanian devils on the southern Australian island. Cunningham and his co-authors examined camera trap photos taken across Tasmania in order to glean the effects to other animals. They estimated the numbers of invasive house cats, Tasmanian devils, and southern brown bandicoots in parts of the island that had seen huge devil losses from the disease and compared them to areas where devil populations remained relatively robust.

They counted 58% fewer cats in areas with healthy devil populations than in places where devils had declined. They also found that bandicoots were only ever abundant when cats were rare.

Researchers have seen devils preying on kittens, but they don't fully understand the way the devils depress cat populations. Devils may outcompete cats for food resources, and cats may just avoid areas with devils. Both may contribute to lower reproductive success among the felines.

Cunningham said his study shows that it may be worth reintroducing devils to mainland Australia, from where they were extirpated about 3,000 years ago. Tasmanian devils are beginning to show some resistance to the otherwise deadly tumor disease, and they may be able to provide a helping hand to bandicoots and other small mammals in mainland Australia currently being eaten in large numbers by cats.