Underground species eats or buries its dead, depending on likelihood of catching disease. 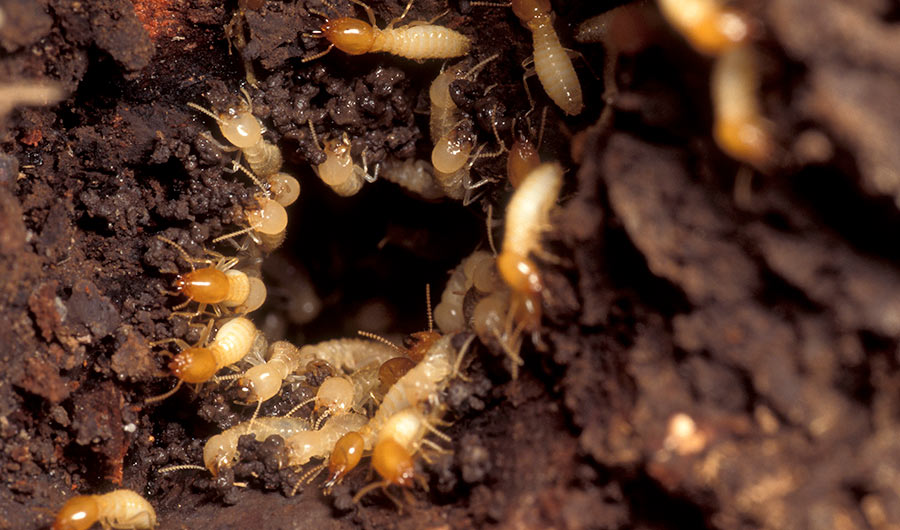 (Inside Science) -- The appetites of social termites extend to cannibalizing their co-workers after death. It's done for the greater good of the community.

“Termites have a lot of strategies to keep the nest and the members of the colony clean,” said Luiza Helena Bueno da Silva, a zoology graduate student at São Paulo State University in Brazil and the lead author of a study published recently in Zoology.

Asian subterranean termites are invasive pests in many parts of the tropical world. They eat through wooden structures from the inside out. Their complex social webs are made up of three castes:  workers, soldiers and reproducers.

They live underground, which makes disposing of their dead a problem -- cadavers can be a source of fungal or bacterial diseases that can wipe out an entire colony.

Da Silva and her colleagues collected termites and put them into a container in the laboratory, introducing different corpses to termites and observing how they responded.

When they introduced dead termites, workers and soldiers would first inspect the corpses with their antennae (this species is blind). When the corpse was a dead co-worker from the same colony, determined likely through specific chemical cues shared in the colony, the termites apparently consumed their grief, cannibalizing their old colleagues.

Since the termite's digestive system can dispose of the corpse before it has a chance to serve as a host for harmful microorganisms, the cannibalism may be hygienic.

“The corpse represents a risk. If you eliminate the corpse, the risk is gone,” da Silva said. Pragmatically, she said, eating your co-worker is also a relatively easy way to recycle vital nutrients.

Termites didn’t treat all corpses the same, though. When the researchers introduced a dead soldier from the colony, the termites tended to eat it only if it had died within a day. She believes this is also due to the risk of disease, since the longer an individual is dead, the greater the risk of it harboring harmful microorganisms.

Any soldier corpses that had been dead for longer, as well as those of worker termites from other colonies, were groomed then buried.

Da Silva believes they bury these cadavers because the risk of disease may be greater. Burying them effectively neutralizes a potential infectious threat. Knowing how termites deal with cadavers is also important for developing better ways to control the pests.

Around a World That Is Practicing Social Distancing
Disgust Evolved To Protect Us From Disease. Is It Working?
Lab-Grown Meat Climbs to New Heights on Scaffolds of Soy
Ethical Anguish in a Time of COVID-19
Fighting Misinformation About a Novel Disease
END_OF_DOCUMENT_TOKEN_TO_BE_REPLACED