Termites: So Rich Their Nests Are Made Of Gold

Clues to finding precious metal could include the composition of insect nests.
Image 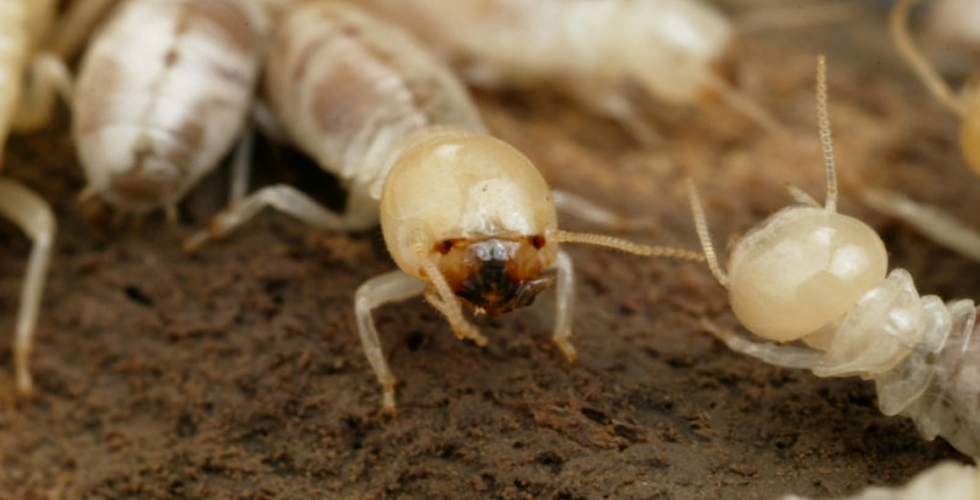 A close-up image of a Giant Northern worker termite.

(ISNS) -- Termites are unearthing gold in Australia, and scientists suggest their nests could reveal where miners might strike it rich.

Mineral resources currently account for roughly one-third of Australia's exports. One promising site for gold down under is the Moolart Well deposit in the Western Australian Goldfields region, but gold remains difficult to find there even after nearly 150 years of mining.

"The problem that we face in mining exploration is that a layer of eroded material is covering the gold, effectively hiding it," said researcher Aaron Stewart, an entomologist at Australia's Commonwealth Scientific and Industrial Research Organization.

Now Stewart and his colleagues suggest miners might want to rely on termites as miniature prospectors. The nests of the insects apparently can hold gold dust, revealing hints of treasures hidden deep underground.

"Using termite nests could help exploration companies narrow down the area that they need to drill," Stewart said. "This has the potential to save a lot of money."

Scientists have often relied on insects to guide exploration. For instance, paleontologists often root through ant mounds to look for any miniature fossil bones and teeth the insects might have carried back to their nests.

Stewart and his colleagues analyzed samples from 22 nests of the termite Tumulitermes tumuli, as well as the surrounding soil. These mounds were located in a known gold-rich area.

The researchers found the termite nests contained high concentrations of gold, with levels five to six times higher than concentrations found more than 16 feet away from the mounds. The scientists detailed their findings in the November issue of the journal Geochemistry: Exploration, Environment, Analysis.

"The amount of gold found in the nests is actually very low," Stewart said. "It gives us the indication of a hidden deposit, but you can't see the gold and you wouldn't be able to extract any meaningful amount from the nest."

"The termites are not specifically selecting gold to bring into their nests," Stewart added. "It is a fortunate consequence of their habit of building nests, in part from material sourced a few meters below the surface."

Their findings suggest the insects can burrow three to 13 feet into the earth to reach gravel laden with traces of gold surrounding the deposit of the precious metal. "It is surprising that such small nests are able to vertically move enough material to reveal the buried resource," Stewart said.

This species of termite is widespread across Australia, but the researchers note that other termite species there may also provide useful information for mining companies, such as subterranean termites that form sheaths of soil over food sources. In fact, "there is a history in Africa of termite use for exploration" for gold and other precious minerals, Stewart said. The novelty of this work is how it provides "hard evidence of just how deep they can effectively reveal traces of gold deposits from." As such, termites could provide a new, cost-effective and environmentally friendly way of exploring for new mineral deposits.

"It's kind of cool that you can use insects for prospecting," said insect physiologist Jeffrey Spring at the University of Louisiana at Lafayette, who did not take part in this study. "The researchers now probably have to expand their work to some other areas to see if it's really practical -- it's one thing to go where you know gold is, but is it worth the effort to look at termite mounds in other areas?"

Stewart and his colleagues also found this species of termite not only carries gold up from below, but carries other metals inside them as well, originally contained within the plant matter they feed on.

"Metals that that are ingested in food like zinc are excreted in poo leading to high concentrations within nests," Stewart said.

Termites have organs called malpighian tubules that roughly correspond to human kidneys. The scientists found these tubules are responsible for the formation of metal-rich "concretions" much like kidney stones in people, findings the researchers detailed in the journal PLoS ONE last month.

"The concretions are one of the ways that insects use to expel excess metals from their bodies," Stewart said. A better understanding of termite biology may be of interest to researchers studying the way specific proteins bind to potentially poisonous metals for detoxification, he added.