The odds are nearly certain that a baby born via in vitro fertilization will win a Nobel Prize before the turn of the century.
Image 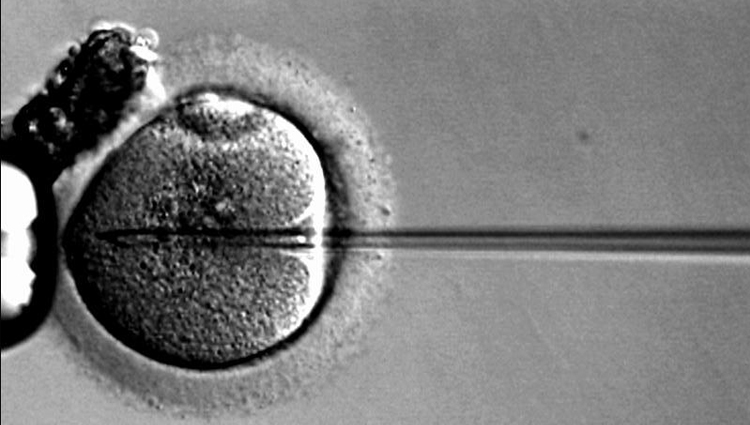 WASHINGTON (ISNS) -- Robert G. Edwards, the "father of the test tube baby," won the Nobel Prize in Physiology or Medicine yesterday for developing in vitro fertilization, a process involving the fertilization of human eggs outside a woman’s body. This technology was first used successfully in 1978, and since then an estimated four million babies have been born in this way.

With such a large number of children, one can ask what are the odds that one or more of Edwards' test-tube progeny will eventually go on to win Nobel Prizes of their own some day?

As it turns out, the answer is remarkably high. The probability that at least one Nobel prize winner in the next 50 years will have been born using assisted reproductive techniques is at least 80 percent. And it is almost a certainty that such a baby will win a Nobel Prize before the turn of the century.

Only slightly more than 1 percent of live births in the U.S. result from assisted reproductive technology (ART), which includes not just the in-vitro fertilization but also the use of medicines and other procedures. So how can the 80 percent figure arise?

The calculation goes like this: There are six Nobel Prizes awarded each year, and they are often split among multiple recipients. For simplicity, we make the following assumptions: on average about eight people will win Nobel prizes every year in the relatively near future when the test tube babies are old enough to begin winning the award; that the rate of slightly more than 1 percent of live births resulting from assisted reproductive technology will hold steady in the United States and in other developed nations, where most Nobel Prize winners come from. Following these assumptions, we can estimate that 1 percent of the “Nobel-likely” population will have been conceived through ART, and 99 percent will have been conceived naturally.

The oldest test tube baby is only 32 years old today, and most Nobel Prize winners are over 60. So it will be many years before someone born via ART would be likely to win. Before then, the probability that a test tube baby will win in a given year probably ranges from 0 percent for 2011 to less than 0.1 percent in 2025 -- not too great in any given year, especially now. Around the year 2050 the proportion of test tube babies among 60 year olds will be about one percent. The probability, then, that all 8 winners were “natural conception” babies is 0.99 multiplied by itself eight times. This works out to be 92.3 percent. This means that in 2050 there is a 7.7 percent chance that at least one of the winners was conceived using ART.

But considering the cumulative effect of the probabilities each year over the better part of the next century tells another story. The only way for no test tube babies to win a Nobel Prize between 2011 and 2060 is for all the winners to result from natural conception. That probability, which is the calculated by subtracting from 1 the product of the probabilities of all naturally conceived winners each year from 2011 through 2060), is only around 16 percent. Thus, the probability that at least one test tube baby wins the Nobel Prize over the next 50 years is about 84 percent.

So, it is very likely that one of Dr. Edwards’ test-tube babies will receive the Nobel Prize by 2060. By 2065, the probability is 90 percent. It reaches 95 percent in 2073 and 99 percent in 2091. Given that, it seems almost certain that a test tube baby will win a Nobel Prize this century.

Actually, the real odds may be even higher, since it is likely that babies born using ART will be born to more affluent and better-educated parents. It follows that the education levels of these children will likely be higher than that of the general population. Since most Nobel Prize winners have graduate degrees, these “test tube babies” already have a slight advantage in their pursuit of the prize. So, these estimates are probably a bit low.