Ranked choice voting and vote-by-mail could be used more widely to improve the chances that votes will represent the electorate’s wishes. 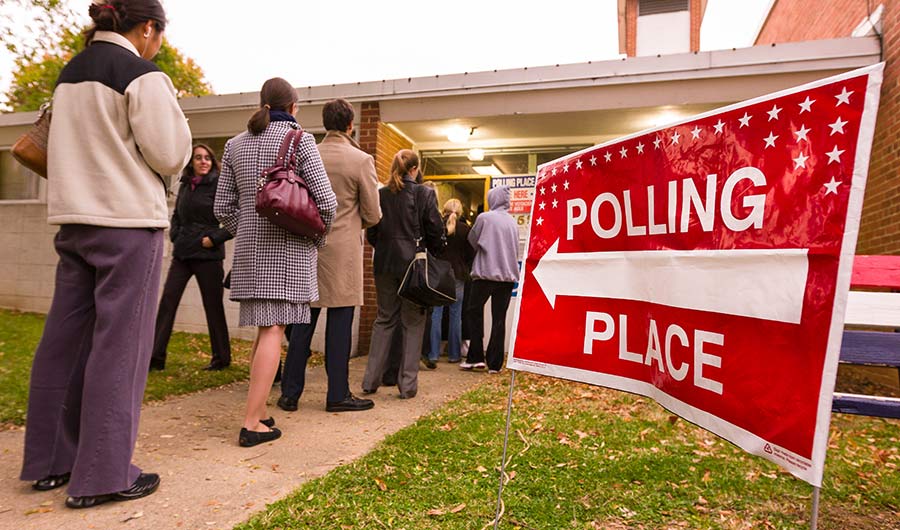 (Inside Science) -- Counting the votes in this September's Democratic primary in Massachusetts’ third Congressional district took two weeks. After a recount, the winner, Lori Trahan, beat the runner-up, Dan Koh, by just 145 votes.

But Trahan’s victory hardly reflected the decision of a majority of voters. The traditional first-past-the-post election process gave her the win with less than 21 percent of the roughly 86,000 votes earned by the top 10 candidates.

Nor did many Democratic voters choose to participate in the primary. The total stood in contrast to the 236,713 votes cast in 2016 for Nikki Tsongas, the Democratic representative whose retirement set the stage for the primary.

That question of whether there's a better way to produce winners whom the majority of the electorate wants more than other candidates has gained traction in recent years, as political divisions have seemingly increased.

“One of the silver linings in increased polarization of elections is that people who want to make it easier to vote have become more active,” said Charles Stewart III, co-founder of MIT’s Election Lab.

“Since the 2000 election,” added Stephen Ansolabehere, professor of government at Harvard University, “there’s been a pretty big push to upgrade technologies and administrative aspects to make the voting experience better for people.”

More about voting from Inside Science

Experts suggest that two approaches already used in some states could provide a more accurate view of the electorate’s preference: ranked choice voting and vote-by-mail.

Ranked choice voting allows voters in elections with more than two candidates to rank the candidates in order, from the first choice on down as far as each voter wishes.

The rankings become important if no one garners more than 50 percent of the first-choice votes. At that point, the bottom candidate is removed from the list, and the second choices of the voters who ranked that candidate first are added to the totals of the other candidates. If the top candidate still has less than 50 percent, the process of adding the second choices of the candidate who is bottom in the revised count is repeated until a winner emerges with more than half the total vote.

Ranked choice voting is hardly new to the U.S. In Cambridge, Massachusetts, home to MIT and Harvard, election officials have used it for certain local offices since 1941. In a number of other progressive cities today, said Jonathan Hodge, professor of mathematics at Grand Valley State University in Allendale, Michigan, “people are very familiar with it and have been using it since the early 2000s.” Hodge is also director of the university’s school of communications.

This year, Maine became the first state to use ranked choice voting, sometimes called instant runoff voting, for all federal elections for the U.S. Senate and House of Representatives.

Another approach to increasing the odds that the results of elections represent the will of the people is to increase the number of people who vote. Vote-by-mail requires every voter who wants to vote to send in his or her ballot by mail rather than traveling to a polling station to record the vote in person. In effect, it’s an expansion of the postal voting traditionally used for absentee ballots that applies to every voter.

Local authorities send out ballots to every registered voter about three weeks before the date of an election. Voters mark their ballots, place them in secure envelopes that they seal and place in a mailing envelope, which they seal, sign and date. They then send the mailing envelope through regular mail or drop it off at a local ballot collection center by a required time prior to election day.

Three states already operate vote-by-mail. Oregon has used it for local elections since 1987 and applied it to federal elections starting in 2000. Washington state and Colorado started to conduct federal elections by mail in 2014. In addition, 27 of Utah’s 29 counties will use the approach in this week’s vote.

Each of these alternative voting approaches has specific advantages and disadvantages.

Ranked choice voting, Stewart said, tries to ensure that the weakest candidate does not get elected simply because stronger rivals split the vote against that candidate.

It could also cool candidates’ passions. “Candidates who might otherwise run a nasty campaign might be more inclined to moderate their tone, to have the chance to get a second- or third-choice vote,” Hodge explained. He added that potential hurdles to more widespread ranked choice voting include the fact that not all voting machines are set up to handle a large number of candidates and that ranking so many might be challenging for voters.

That complexity could affect the entire voting process. “People will spend a lot of time in the booth,” Ansolabehere pointed out. “What does that do to the line length of voters?”

Vote-by-mail has its own pluses and minuses.

“There are huge administrative savings, as you don’t have to set up polling places and recruit poll workers,” Ansolabehere said. Added Stewart: “You have the advantage of getting a ballot into everybody’s hand.”

Studies have revealed a big increase in turnout in local vote-by-mail elections. “But there’s no evidence of an increase in statewide or national voting,” Ansolabehere said.

The main downside of vote-by-mail involves security. “I’m concerned with getting the ballots into the voter’s hands and getting them back,” Stewart said.

Although the locations that use ranked choice voting or vote-by-mail report broad satisfaction with the techniques, they could one day be replaced by online voting, which could make the process even more convenient for all voters.

The likelihood of hacking and other security breaches makes large-scale use of online voting unlikely for now. But the U.S. government, especially the Department of Defense, has shown interest in it for almost two decades.

In fact, in May, West Virginia piloted a system in two counties that allows troops overseas to cast their votes through a mobile application based on blockchain technology.

The system uses an app created by Boston, Massachusetts, company Voatz to encrypt and record completed ballots in what West Virginia’s election regulator Donald Kersey calls a “digital lockbox” that can be opened only by approved individuals.

Critics have questioned whether the system is as secure as advertised. But the approach could potentially show the way to an electoral system that provides an even better way of reflecting the American electorate’s wishes. 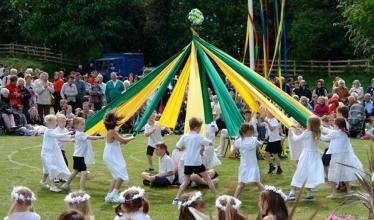 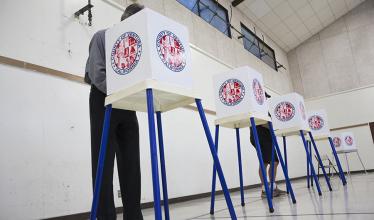 Researchers Study Violinists To Learn How Humans Act in Synchrony
Alligators May Be Able to Survive Venomous Snake Bites
New Theory Says We’ve Been Wrong About How Bubbles Pop
Crustacean Genes May Solve Debate Over How Insects Evolved to Fly
Some Beetles Survive Being Eaten, New Study Finds
END_OF_DOCUMENT_TOKEN_TO_BE_REPLACED

COVID-19 Vaccine, Sharks and Mezcal
Crabs Use Belly Sounds To Communicate
Touring The Trinity Test Site
Protests, A Retracted Paper, and a Super-Earth Planet
Why Is an Empty Shampoo Bottle So Easy To Knock Over?
END_OF_DOCUMENT_TOKEN_TO_BE_REPLACED