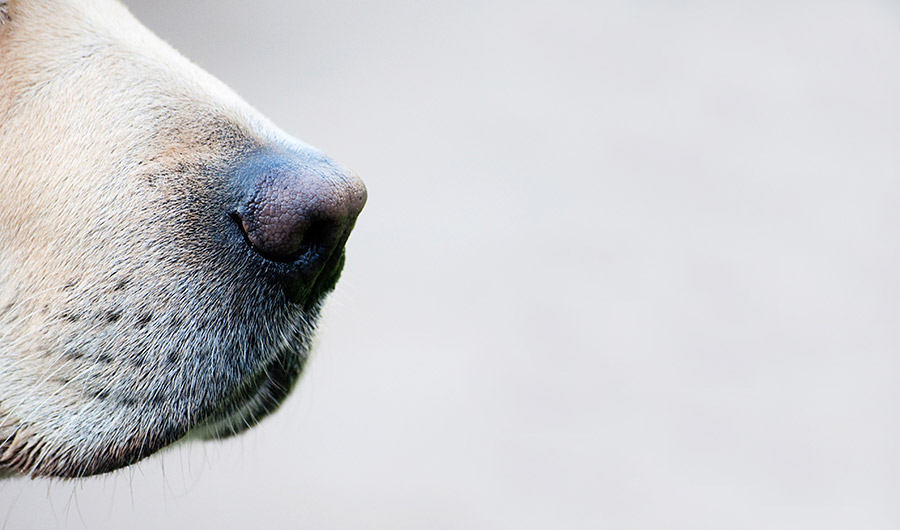 (Inside Science) -- Dogs have an incredible sense of smell. Their noses can sniff out illegal drugs, hidden bombs and bed bugs, and they can also help locate everything from criminals to cancer.

Now scientists have found a completely new application for these super smellers: detecting malaria, the mosquito-borne disease that killed 445,000 people in 2016, according to the World Health Organization, most of them in sub-Saharan Africa. In a pilot study led by Steven Lindsay, a public health entomologist at Durham University in the U.K., nearly 600 Gambian school children between the ages of 5 and 13 were tested for malaria and fitted with a pair of socks. They wore them overnight while sleeping and turned them over to researchers the next day. Only socks from uninfected children as well as those with malaria but showing no symptoms were used for the study. These socks were shipped to the U.K. where two dogs were trained to scent-detect malaria.

“The handlers think the scent is so strong that the dog may be able to pick out people from the crowd,” Lindsay told Inside Science.

If that proves out, malaria-sniffing dogs could be used as a first line of defense at ports of entry in countries like Gambia in West Africa, and Zanzibar, an island off the coast of East Africa, both of which have largely shut down the disease. Thanks largely to insecticide-coated bed nets, Gambia saw a precipitous drop in the overall prevalence of malaria, from 4 percent to 0.2 percent, between 2011 and 2017. Malaria prevalence in Zanzibar is now less than 1 percent as well.

Each year, however, about 100,000 visitors cross Gambia’s border and roughly 500,000 tourists visit Zanzibar. And although some countries have seen a decrease in malaria, other countries in Africa as well as in the Americas, Southeast Asia and the Western Pacific saw increases between 2014 and 2016, according to the WHO.

Those carrying the malaria parasite, particularly people who are not showing any symptoms, could enter the country undetected. If mosquitoes bite them, the insects can become parasite carriers and transfer the disease to more humans. Border patrol dogs capable of picking up the scent of malaria may be able to identify potential carriers better than other means -- though the approach has not been field-tested. It's unclear how effective the approach would be or how much it would cost, since it would require running blood tests on anyone the dogs flag. Anyone the dogs identify as having malaria could be asked to submit a blood test to confirm infection, which would be costly and time-consuming; plus even blood tests aren’t foolproof. They are never accurate 100 percent of the time, so it's unclear how many disease carriers would still clear customs.

The researchers don't know exactly how the dogs detect malaria, but Lindsay said it’s probably due to organic compounds, called aldehydes, that most people emit through their skin. Recent studies by other research teams have found that the skin of people infected with malaria emit higher levels of these aldehydes. Those higher concentrations appear to attract other mosquitoes.

A lead author of one these studies, Jetske G. de Boer, an entomologist at the Netherlands Institute of Ecology at Wageningen University & Research, said scientists don’t know yet where the line is between concentrations of aldehydes that indicate infection and those that don’t. “It would have been easier, or more straightforward, to develop biomarkers of infection if we had found something that was really novel that was induced by malaria infection,” said de Boer.

That makes it tricky to use dogs to scent-detect malaria. “I don’t think we can be sure at this moment that the dogs picked up on the same scents as we found in our study,” she said.

That doesn’t mean that dogs wouldn’t be effective at detecting a malaria infection. But at this early stage, it’s not clear what the dogs were smelling, exactly. More studies are needed to better pinpoint the concentrations of compounds that indicate infection, she said. And although using nylon socks is a common method for capturing body odor for mosquito experiments, it only represents one part of the body. Adding other smells to the suite of smells for the dog could improve its accuracy, she said.

Lindsay is hoping to do follow-up studies to see if they could train dogs to recognize the variety of malaria strains that exist throughout Africa. To get the dogs familiar with smelling people, the handlers would work with mannequins that were wearing clothes from infected individuals. Ultimately, said Lindsay, he’d like to see malaria-detection dogs help patrol airports and seaports of countries that have recently become malaria-free and help root out the last few cases of malaria in a country.